Was a spiked Daily Caller story supposed to stop the venerable magazine from submitting its Koch story for awards? 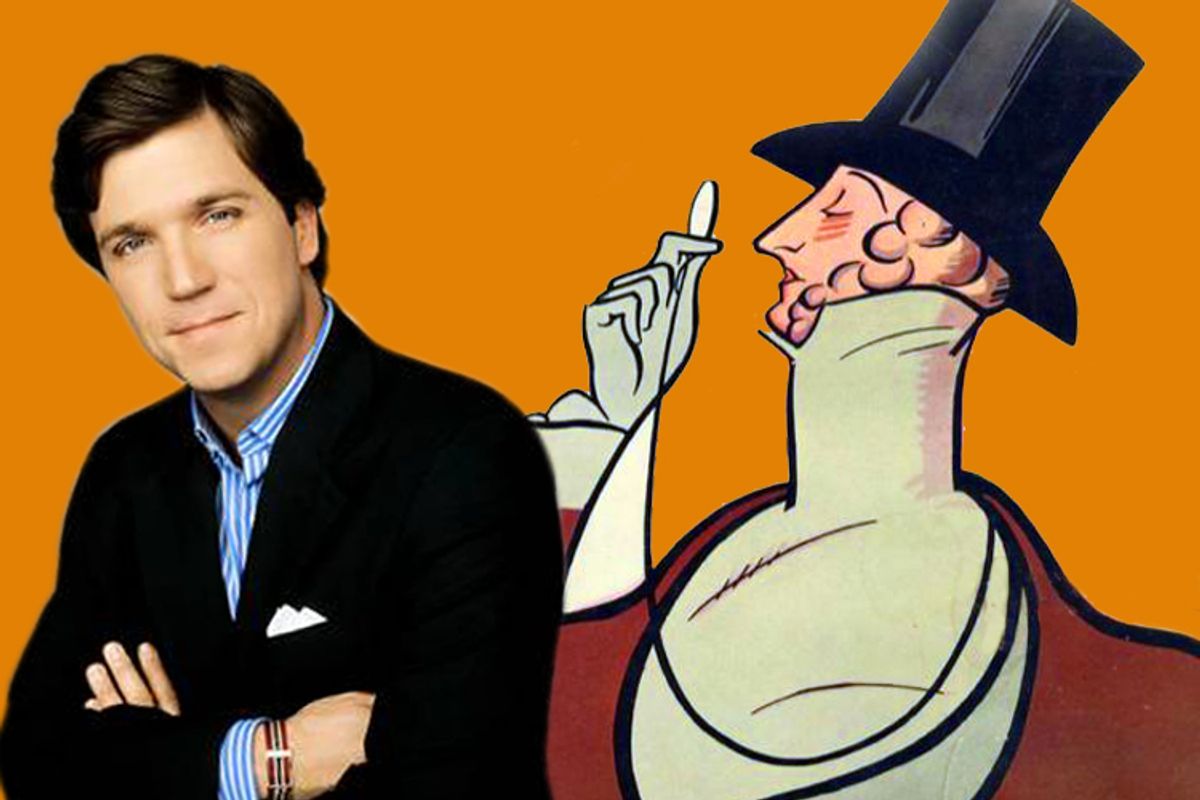 This week, we learned that Tucker Carlson's Daily Caller was working on a piece alleging that The New Yorker's Jane Mayer was guilty of plagiarism. The Caller's Jonathan Strong spent a week working on the story, after an unknown source sent him the "evidence" of the claim. Mayer wasn't guilty of plagiarism, and the Caller spiked the story. But was the whole thing just designed to scare the New Yorker into not promoting its story on the powerful Koch brothers?

What we don't know: Who sent Strong the story? Why did the Caller spend a week trying to confirm it when a cursory reading of the stories in question would've disproved the plagiarism accusation, and the authors who were reportedly borrowed from both agreed that their work wasn't improperly used? Who then sent the story to the New York Post's Keith Kelly, and did his reporting lead Tucker Carlson to spike the piece, which was apparently ready to go up?

The primary story the Caller piece was going to attack was Mayer's piece on the Koch brothers, billionaire industrialists who've spent years funding conservative-libertarian organizations and think tanks, and whose organizations helped birth, organize, and train the Tea Party movement. According to a knowledgeable source, Tucker Carlson was heard saying that the reason the story needed to go up this week, specifically on Monday or Tuesday, was because the National Magazine Awards submission deadline was on Thursday. Apparently, Carlson wanted to throw the New Yorker into enough of a panic that they wouldn't submit the Koch story for an Ellie.

If this is true, the Caller story looks a lot more like a political smear campaign than "traditional" reporting. (Someone has, after all, reportedly hired a private investigator to dig up dirt on Mayer.) That's why it wouldn't necessarily matter that the "victims" of the alleged plagiarism didn't think there'd been any wrongdoing -- the point would've been simply to introduce the accusation, spread uncertainty, and catch the "opponent" off-guard.

The problem with the scheme, of course, is that no one really cares about the National Magazine Awards, or remembers who won them and why. (And it should also be noted, again, that even if he made the decision reluctantly or out of embarrassment, it was still obviously laudable of Carlson to spike the Mayer story, instead following through on his original plan, running a politically motivated smear based on phony accusations.)