Soldiers will be laid to rest with full military honors in the largest mass service of its kind in U.S. history 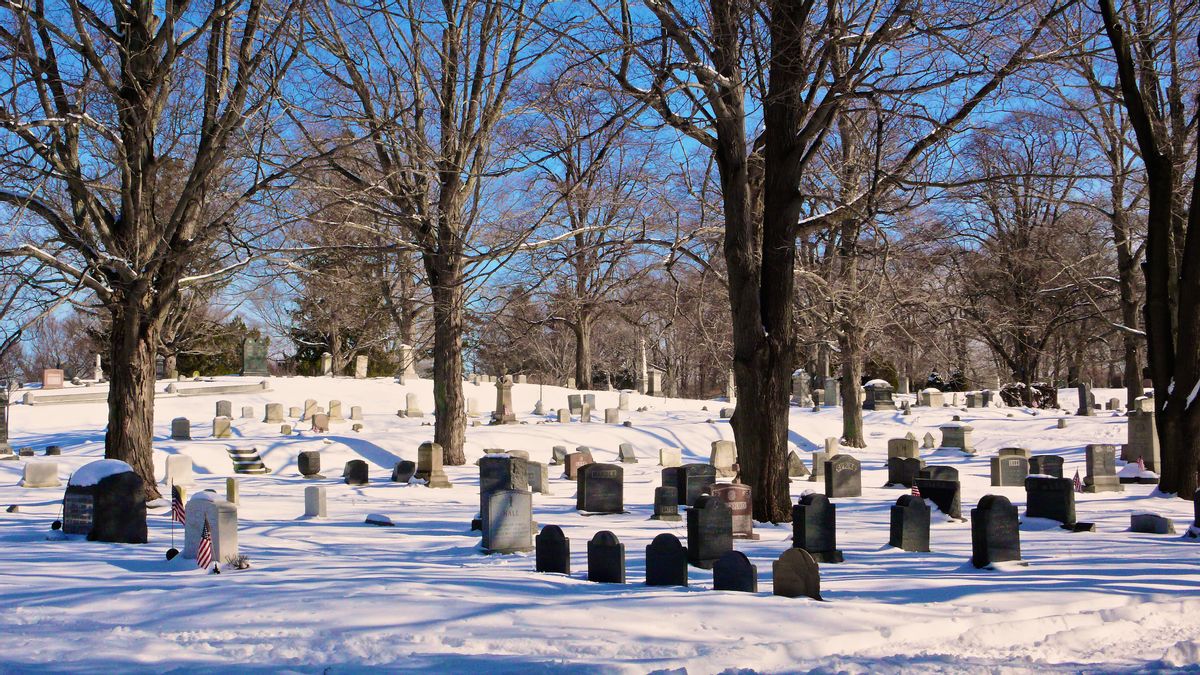 Anderson Alston served as an Army master sergeant in World War II. Private Frederick Hunter was a soldier from 1968 to 1971. Myron Sanford Mabry was in the Navy from May 1960 to July 1971. All of them died recently in New York City with no one to claim their remains.

Ordinarily, they would have been quietly buried in a potter's field, their graves unmarked. Instead, they and 17 other veterans who died in recent months will receive full military honors at a mass funeral this weekend, including prayers over their flag-draped coffins, bagpipers, the playing of "Taps" and local congressmen offering condolences.

The mass service Saturday at Calverton National Cemetery on eastern Long Island -- the largest of it kind in U.S. history, according to the Department of Veterans Affairs -- is part of a national initiative in recent years to clear a massive backlog of unburied or unclaimed cremated remains of both veterans and non-veterans.

"Our government promised every veteran a decent burial; that doesn't include sitting on a shelf in some funeral home basement," said Fred Salanti of Redding, Calif. The retired Army major is the founder and executive director of the Missing in America Project, which strives to provide a respectful funeral for any veteran who received an honorable discharge.

Salanti estimates two or three million remains -- mostly cremated ashes -- are in morgues or on funeral home shelves across the country. In most communities, local government pays for the cremation of the homeless or indigent, but funeral homes that provide the service are then left storing the remains for years, sometimes for decades, he said. The organization presided over the September funeral of a Union Army Civil War veteran and his wife from Missouri, whose ashes remained unclaimed since 1923.

Salanti and his organization of about 800 volunteers have since 2006 contacted funeral homes and morgues across the country, seeking to clear the inventory of unclaimed remains. They have been sanctioned by the Department of Veterans Affairs, which contacted the group about assisting with the New York City cases, Salanti said.

The New York veterans had identification documents when they died and the group worked with the VA and other agencies to confirm their military service. Some of the men may have been homeless or poor, although others may have simply led lonely lives with little contact with their families.

On occasion, relatives who never knew a veteran died have come forward after the group has held a burial, Salanti said.

Salanti said he doesn't blame the VA for the predicament, noting some veterans have been estranged from their families and there may have been no available next of kin to contact when they died.

John Calderelli, 75, a member of Greenlawn American Legion Post 1244 and the New York representative to the Missing in America Project, will serve as master of ceremonies at Saturday's funeral. The Korean War-era veteran said he feels he is repaying a promise to his comrades who gave their lives in service to the country.

"They made a commitment," Caldarelli said. "When our veterans are abandoned and there is no family to speak for them, I will speak for them. I am their family."

Michael Picerno, director of the VA's Calverton National Cemetery, said the funeral will be the largest mass burial of unclaimed veterans in history.

"These veterans served their country and we're here to ensure they get the honor and a burial they deserve," Picerno said. "It doesn't matter who they are or what happened to them after their service."

Also working to clear the backlog of unclaimed remains is the Dignity Memorial Homeless Veterans Burial Program. The national network of funeral, cremation and cemetery service providers picks up the bill for caskets and other expenses associated with the burials. Dignity since 2000 has provided funeral services for more than 850 unclaimed veterans in 32 cities.

"At one time these men and women raised their hand and said 'I will give my life for my country,'" said Chris Marsh, Dignity's director of corporate alliances. "Regardless of what happened to these people in their lifetime, that's not for us to judge. Any veteran who received an honorable discharge should be recognized in this way."

The 11 a.m. service at Calverton will include prayers and comments from local congressmen Timothy Bishop and Steve Israel. Caldarelli said the flags on the veterans coffins, which ordinarily are presented to the next of kin, will be distributed to representatives of some veterans groups assisting with the ceremony.

"Anytime I see a soldier who is abandoned, a sadness comes over me," said Caldarelli. "They made a commitment. We feel America should recognize them, we should respect and honor them and see they are interred properly."