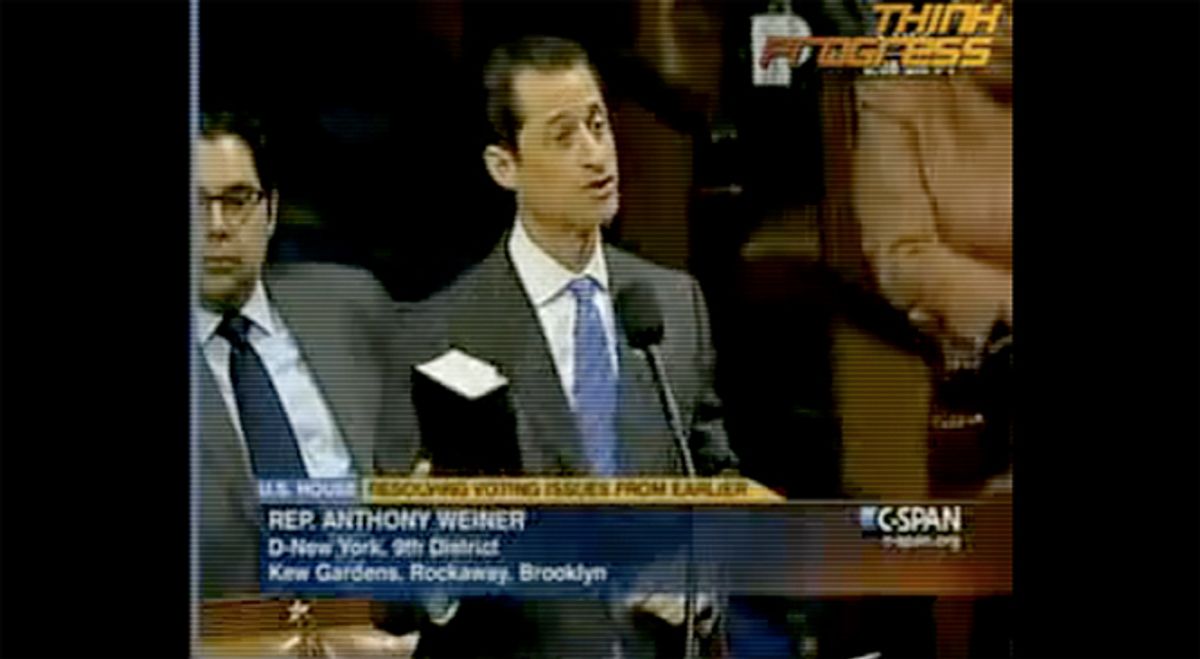 At least the Democrats are having fun in the minority. They're never as united as Republicans are, but most House Democrats voted against today's resolution invalidating the unconstitutional votes taken by Representatives Pete Sessions and Mike Fitzpatrick when they had not yet been sworn in as members of Congress. The resolution magically removes the votes they took while not being members, but doesn't do anything about all the other stuff they did -- like chairing the Rules Committee.

Anthony Weiner trolled the Republicans with his usual vigor, taking to the floor to point out that the resolution violated the new "transparency" rules the Republicans introduced on the very first day of the new Congress. Those rules call for three days notice before votes. Republicans allowed for four minutes of debate on this particular resolution.

(There is also the fact that the reason Fitzpatrick and Sessions weren't sworn in is because they were attending a fundraiser on the grounds of the Capitol, which is a direct violation of House ethics rules. But, as MSNBC points out: "if he technically wasn't a member when the event was happening, it's unclear if the Ethics Committee has any jurisdiction." A brilliant loophole! And here I thought Sessions and Fitzpatrick were just stupid, for thinking you could get sworn in by pledging to a television.)