Who's afraid of the granny escort?

The Web is gripped by the story of the 83-year-old sex worker, thanks in part to our horror at elderly sexuality 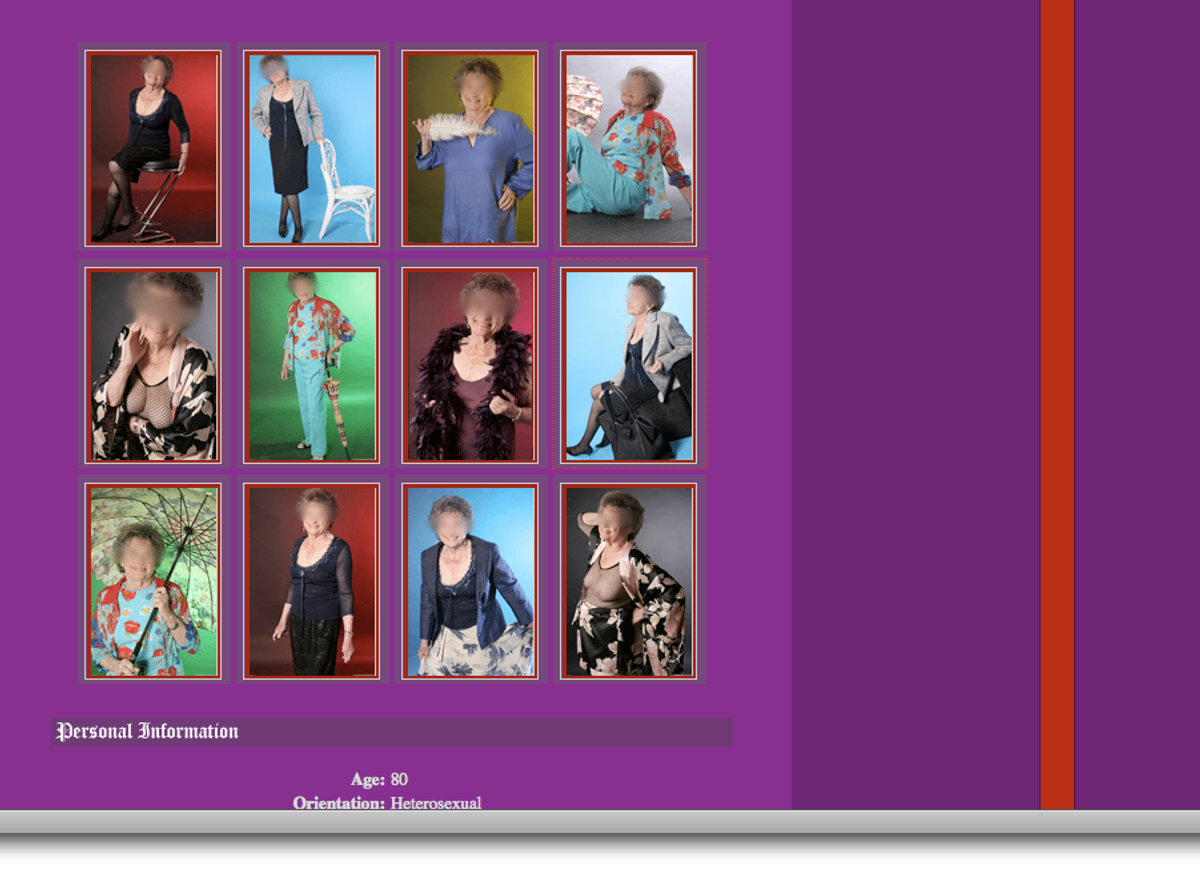 Earlier today, Twitter's list of trending topics featured this alliterative blast: "Great British Granny Gang Bang." That's right, this is what the people of the World Wide Web are talking about today: hardcore senior citizen porn. It's all because it was recently revealed that Sheila Vogel-Coupe, the 83-year-old grandmother of a U.K. starlet -- Katie Waissel of X Factor -- is an escort with a starring role in a pornographic film by that name (and you thought your family was weird). Vogel-Coupe went on the British talk show "This Morning" to talk about why she decided to make this late-in-life career change and, interestingly enough, her reason was loneliness. "I had two happy marriages and unfortunately they both died of illnesses and it upset me very much and I'm on my own in my flat and I thought I would like to have a bit of male company," she said. "I've always enjoyed male company" -- and now she's making money from it.

It's worth considering why this story is such a hot topic. The star connection certainly helps -- although most people in the U.S. haven't the faintest clue who Waissel is or what X Factor is. I suspect it doesn't matter much: The shock is that her grandmother had a sex life, a dirty one at that, and her entire family hadn't the slightest clue. Surely on some level most of this story's gawkers register the possibility that their sweet little granny could similarly have a secret sex life. There is also our cultural repulsion at the mere thought of elderly sexuality. It calls up the exact opposite of everything we fetishize: loose skin, sagging breasts, sun spots, gray hairs and inflexibility. Only the beautiful and sprightly get to publicly exist as sexual beings without provoking public scorn. As for everyone else: How dare they make us picture them naked.

The truth is that elderly people are having sex more, and for longer -- thanks to longer life spans and that magical blue pill. They're also, as a recent study discovered, contracting STDs through unprotected sex at increasingly high rates. Granny escorts may be a rarity -- but when they pop into the news like Vogel-Coupe has, they are a reminder that sexuality doesn't expire at 60. Instead of inspiring the heebie-jeebies, that should give us all something to look forward to: In fact, my grandmother made it abundantly clear that sex with my grandfather only got better with age -- and they kept going well into their 80s.