In the shadow of my mother's suicide

My mom, Anne Sexton, killed herself at 45, and I swore I'd never do the same. Then, at 44, my world fell apart 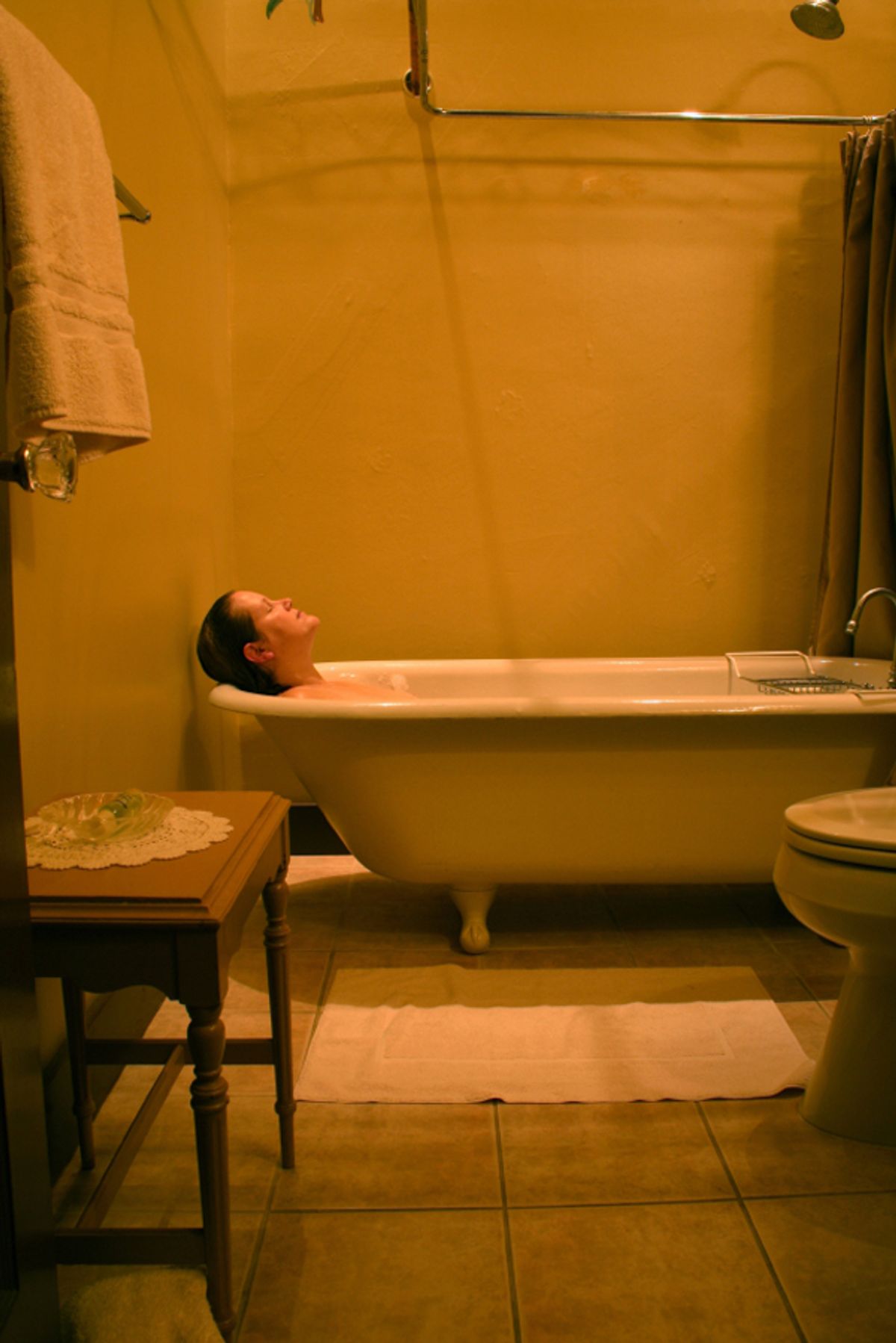 The following is excerpted and adapted from "Half in Love: Surviving the Legacy of Suicide," published by Counterpoint.

In 1974, when I was 21 and a college senior, my mother committed suicide in the closed garage of our family home, after having tried many, many times before. As my sister and I chose which dress she would be buried in, I resolved never to seek the solution she had found to end her pain. Like so many others in the family, I was angry that she had deserted us, angry that after all the years of all four of us struggling with her depression, we had come to this conclusion. Even as I felt sorrow and relief, I wondered whether I would ever overcome so many intense feelings and forgive her.

But right before I turned 45 -- the same age my mother had been when she died -- my world fractured in ways I could never have foreseen. It was December of 1997, and I found myself drawn into my own vortex of depression, desperate for relief from the interior pain that obliterated nearly every waking moment. I couldn't talk with those I loved about my grief or my despair -- not my husband, not my sister, and certainly not my two sons -- so afraid was I that by speaking about such things, I would make them even more real.

One day simply followed another, and then another -- and then the nights came on. The air of the house was tinged sepia. There was no color, not even black and white, to anything. None of the furniture or the objects in a room had any defined edges. It was as if I were trying to live without my glasses. Everything was out of focus.

I spent a lot of time crying by myself, even when it seemed as if there were nothing to cry about, and I was mortified every time the tears started again. I remembered my mother had cried just this way and I closed my eyes against the shame that I hadn't understood her better, that I had blamed her for giving up. I felt like a traitor.

I had been hiding my depression fairly well -- following each day's routines -- but still it gnawed away in my gut like a wolf in a trap, and at last it gathered itself for the attack. At my younger son's bar mitzvah in October, I had gotten drunk in public, but no one seemed to notice anything strange, perhaps because I was keeping my drinking private. Alcohol helped keep me quiet, sedated, and isolated.

For the first time in my life, I envied my mother the solution she had found to quell the pain of her depression. For the first time in my life, my emotions pushed aside all concern for the family who would remain if I joined my mother -- even though I, too, had once been part of such a family so abandoned. I knew well the agony of that rejection.

My thoughts of suicide did not mean that I didn't care about these very important people in my life. It was more as if the pain that accompanied my depression had moved onto a new plain, and, in my confusion, it seemed to require a new and different sort of release.

From my own experience as the daughter of a suicide, I knew intimately how many people -- especially family and friends -- think of this quintessential act of self-destruction as a self-indulgent, self-involved, selfish choice -- or even a temper tantrum that takes no one else into consideration. But suddenly I saw the reality of it: interior pain, urgent, could indeed pressure you to take your own life.

What once I had tried so hard to avoid and push away with such determination for over forty years, suddenly seemed natural, and I ached to surrender to it. Finally I recognized exactly what I had inherited: the lust to sit in the driver's seat of death. It was surely significant that she, the celebrated poet, had often told me "never be a writer, Linda," but not once in her foreshortened life had she ever said, "never be a suicide."

That night I had nothing planned. There was just the pain. Suicide simply came up from behind and took me in a bear hug.

I ran a tub and got in, slowly, carefully, balancing my martini on the rim. A sharp paring knife lay beside it. Next to the knife stood two small brown bottles: Valium and Dalmane, prescribed for some other difficulty, some other time. Their labels were perilously out of date.

For the first time in weeks, all at once, I felt peaceful.

My husband would not return from his business trip until the following afternoon. My sons, Nathaniel and Gabe, were asleep, their beds distant in another part of our silent California ranch. I had given them, 13 and 14 now, a special child-like goodnight. I told them that I would see them at breakfast, just as I always did, and then I tucked them into bed. Tucked in -- what a lovely way to say goodbye: tight woolen corners and smooth sheets, melodies built around the promise of sweet dreams.

Even as I lay in the tub, I did not consider what would happen if they should be the ones to discover me. Because they knew all about their grandmother's suicide, I had accordingly made, from time to time, promises about my life.

Nathaniel, I promise you that I will never …

The thought of violating his trust was horrific and untenable. Why couldn't I feel, deeply, what a betrayal it would be? Why, this time, did my love for my children not help me to push away the desire to die and to push away the desperation that had dogged me all my life, as it had so many times before? This time I was numb. The urgency pressed in upon me and flushed every family face, every family voice, from my mind.

I became a small child that night, a vulnerable daughter. My mother seemed right then to hover in the room, guiding me. Once this act was complete, I could never be abandoned again, neither by my husband's work-related absences, nor my children's growing independence, nor my sister's emotional distance, nor my father's inevitable death, nor the retreat of friends.

I studied the thoroughfares of my wrist. A few veins looked promising. My index finger palpated, looking for the best candidate.

Was this simply a desire to escape pain, or a biological imperative, or a role model I could not resist, or simply the voice in my head goading me on? Perhaps every one of them.

I picked up the knife.

I did not ask why.

I wondered only at what angle to draw the blade.

After I finished, I passed out. But when I woke I was lying in a blanket of cold red water.

Under the dark surface, my body was invisible. I tried to sit up and failed; I rolled sideways on one hip instead, my hand scrabbling against the floor tiles for the phone I thought I had put there.

Frightened, I woke a friend. She used her second phone line to call the police secretly while continuing to soothe me. Eventually, the police pounded on the bathroom door and in an instant defeated the lock. Armed with holsters and guns and nightsticks, they hauled me up by the armpits. I struggled vaguely against being saved but they loaded me onto the gurney and strapped me down.

It was only then, rushing on my back through the hall, that I thought clearly of my children and allowed horror to flood through me. At last. Too late.

For many years after my first suicide attempt, I did not believe that I would survive. Now, 12 years later, as I turn 57 years old, I can see how much of my strength and determination it took to break the cycle of self-destruction upon which I had been raised. But with the help of a family that strived to forgive and accept, with the benefit of excellent psychotherapy and the best of modern medications, I have stopped my own part in my family's battle with suicide. I did not abandon my children as I had been abandoned. I am a mother who lived, despite it all.

In September of 2009, after 11 years of divorced life, I remarried. No longer am I alone. I believe that I have succeeded in burying the legacy, for despite it all -- despite my own history and my mother's black magic -- I am once again at my desk beneath a wide window, where a scrap of melody from a wind chime somewhere in the distance rides the slipstream of clear air to encourage me. I remember what a friend once said: sometimes you cannot know which is harder -- when you feel you can't possibly go on anymore, or when you start to realize that you will.

Linda Gray Sexton is the daughter of Pulitzer Prize-winning poet Anne Sexton. She has written four novels, and her first memoir "Searching for Mercy Street" was published to critical acclaim.