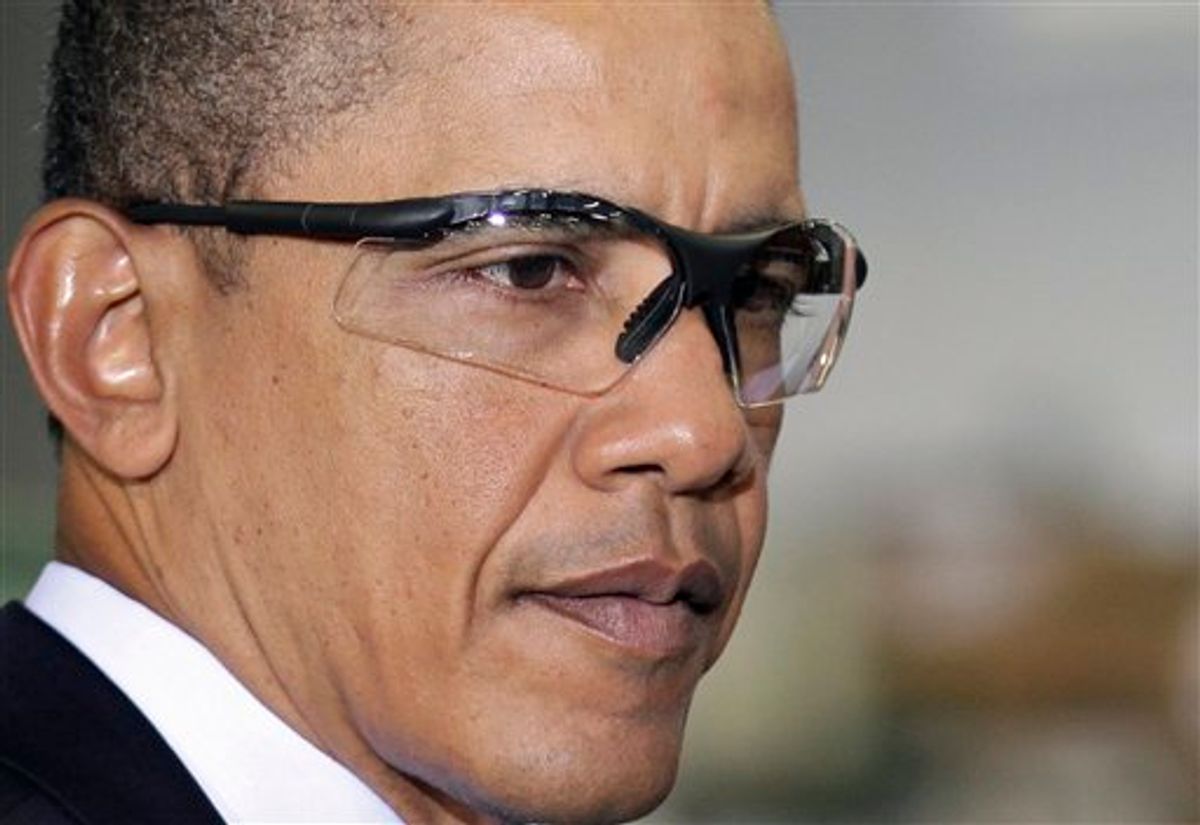 He used his weekly radio and Internet address Saturday to discuss the latest economic news and press for bipartisan action in the newly divided Congress on measures to spur growth. Obama presented the December jobs report in a positive light even though it fell short of what economists had been looking for and even though the drop in unemployment came partly because some people stopped looking for work.

The private sector added 103,000 new jobs in December and the unemployment rate fell from 9.8 percent to 9.4 percent.

"Now, we know that these numbers can bounce around from month to month. But the trend is clear," said the president, whose 2012 re-election prospects may well hinge on the condition of the economy.

"We saw 12 straight months of private sector job growth -- the first time that's been true since 2006," he said. The economy added 1.3 million jobs last year. And each quarter was stronger than the last, which means the pace of hiring is picking up, he said.

Obama attributed increasingly optimistic economic forecasts in part to the tax cut deal he negotiated last month with Republicans to extend Bush-era tax rates for all, along with unemployment benefits, a payroll tax cut and other tax breaks.

He urged businesses to take advantage of provisions including one that allows businesses to write off 100 percent of their capital investment expenses in 2011. And the president said that the deal stands as an example of how Washington should work as he confronts a Congress where Republicans just assumed the majority in the House and expanded their ranks in the Senate.

"What we can't do is refight the battles of the past two years that distract us from the hard work of moving our economy forward. What we can't do is engage in the kinds of symbolic battles that so often consume Washington while the rest of America waits for us to solve problems," the president said. "The tax cuts and other progress we made in December were a much-needed departure from that pattern. Let's build on that admirable example."

The GOP contends the law extending coverage to 30 million uninsured Americans is a budget-busting job-killer. The Congressional Budget Office said this past week that repealing it would cost billions because the law's numerous taxes, fees and cuts in Medicare spending would be lost.

Although the repeal is not expected to pass the Senate and would certainly be vetoed by Obama, the new House majority leader, Rep. Eric Cantor, R-Va., pledged that Republicans would try to replace it with "a new vision to improve our health care system without bankrupting our country."

"We will provide Americans with the mainstream solutions they were denied when Democrats used dubious procedural tactics to jam through the bill along strictly partisan lines," Cantor said.

"Looking ahead, the best boost that Congress can provide to the economy is to send a credible signal that we are serious about cutting spending and eliminating job-killing regulations," he said. "Our surging debt burden hangs over the economy like a dark cloud, waiting to unleash a storm of inflation, higher taxes and higher borrowing costs upon businesses and families. Only when the cloud is lifted can we get on the path to long-term growth."