A subpoena presses Wikileaks, Assange thinks that Google, Facebook are facing similar requests about his site 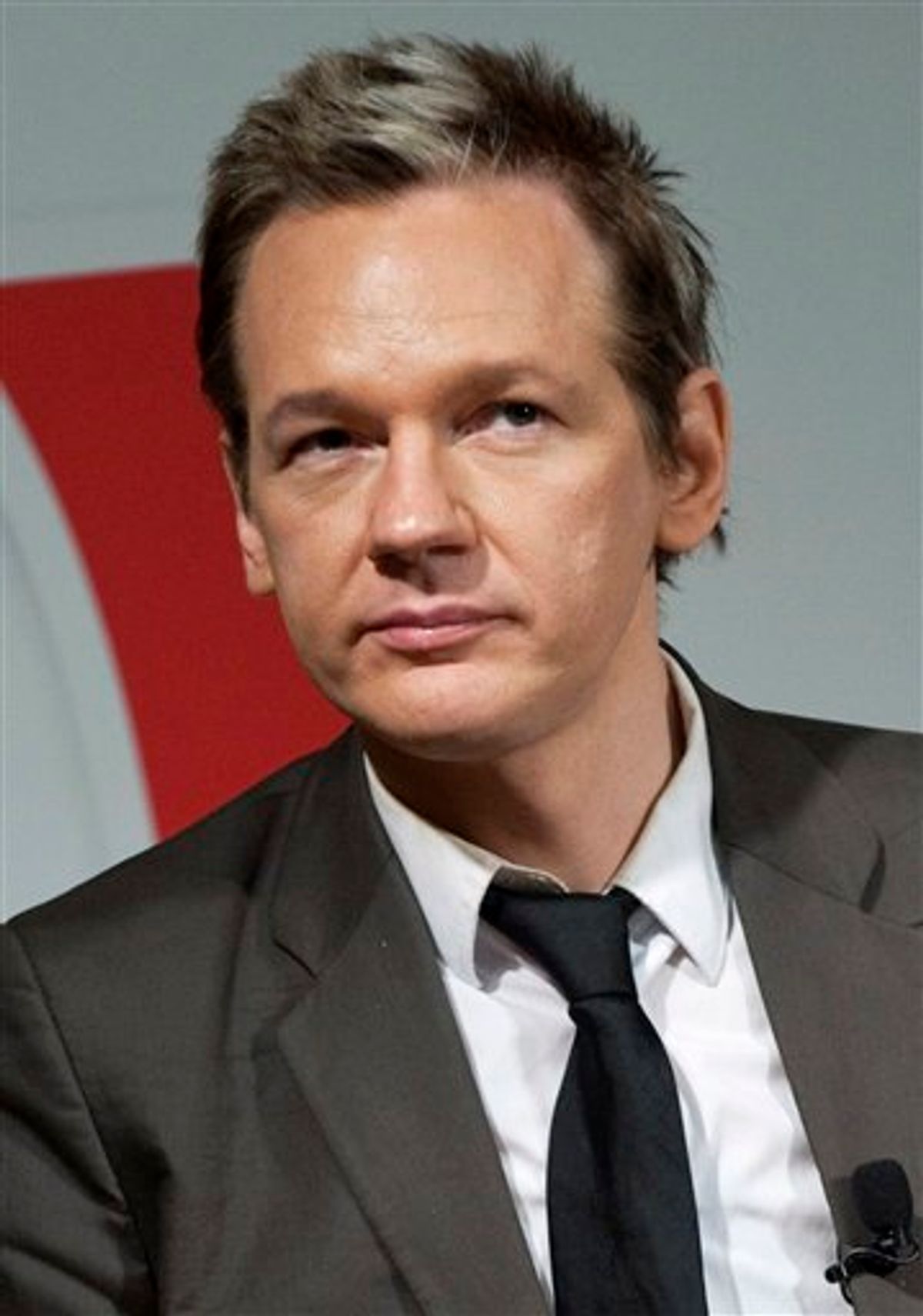 U.S. investigators have gone to court to demand the details of WikiLeaks' Twitter account, according to documents obtained Saturday, part of the criminal case which Washington is trying to build against the secret-spilling website.

WikiLeaks' founder Julian Assange said he believed other American Internet companies such as Facebook and Google may also have been ordered to divulge information on himself and colleagues.

The U.S. District Court for the Eastern District of Virginia issued a subpoena ordering Twitter Inc. to hand over private messages, billing information, telephone numbers and connection records of accounts run by Assange and others.

The subpoena also targeted Pfc. Bradley Manning, the U.S. Army intelligence analyst suspected of supplying the site with classified information; Birgitta Jonsdottir, an Icelandic parliamentarian and one-time WikiLeaks collaborator; and Dutch hacker Rop Gonggrijp and U.S. programmer Jacob Appelbaum, both of whom have worked with WikiLeaks in the past.

Assange blasted the U.S. move, saying it amounted to harassment, and vowed to fight it.

"If the Iranian government was to attempt to coercively obtain this information from journalists and activists of foreign nations, human rights groups around the world would speak out," he said in a statement.

A copy of the subpoena, sent to The Associated Press by Jonsdottir, said that the information sought was "relevant to an ongoing criminal investigation" and ordered Twitter not to disclose its existence to Assange or any of the others targeted.

But a second document, dated Jan. 5, unsealed the court order. Although the reason wasn't made explicit in the document, WikiLeaks said it had been unsealed "thanks to legal action by Twitter."

The micro-blogging site Twitterr declined to comment on the topic, saying only that its policy is to notify its users, where possible, of government requests for information.

In Washington, the U.S. government volunteered little new information Saturday about its ongoing criminal investigation against Assange and WikiLeaks after news of its subpoena leaked. Under rules governing grand jury investigations -- in which U.S. prosecutors present evidence and testimony to selected private citizens behind closed doors to seek their approval to formally file charges -- government lawyers are not allowed to discuss the case until charges are announced publicly.

It was not immediately clear how the data being requested would be useful to investigators, but Twitter's logs could reveal the Internet addresses that Assange and WikiLeaks supporters have been using, which could help track their locations as they traveled around the world. The information also might identify others with official access to WikiLeaks' account on Twitter who so far have escaped scrutiny.

While the order targeting Twitter is almost certainly a minor part of the government's investigation, it is significant because it confirms the wide-ranging nature of the case.

Jonsdottir said in a Twitter message that she had "no intention to hand my information over willingly." Appelbaum, whose Twitter feed suggested he was traveling in Iceland, said he was apprehensive about returning to the U.S.

"Time to try to enjoy the last of my vacation, I suppose," he tweeted.

Gonggrijp expressed annoyance that officials had misspelled his last name in the subpoena -- and praised Twitter for notifying him.

"It appears that Twitter, as a matter of policy, does the right thing in wanting to inform their users when one of these comes in," Gonggrijp said. "Heaven knows how many places have received similar subpoenas and just quietly submitted all they had on me."

The news of the subpoena follows months of angry back and forth between U.S. officials and WikiLeaks, which has released thousands of secret U.S. military documents on the wars in Iraq and Afghanistan and more recently, thousands of classified U.S. diplomatic cables.

U.S. officials say posting the military documents put informers' lives at risk, and that revealing diplomatic cables has made other countries reluctant to deal with American officials.

WikiLeaks denies that its postings put any lives at risk, saying that Washington merely is acting out of embarrassment over the revelations contained in the cables.

Although its relations with the U.S. government have been ugly, WikiLeaks and its tech-savvy staff have relied on American Internet and finance companies to raise funds, disseminate material and get their message out.

WikiLeaks' frequently updated Facebook page, for example, counts 1.5 million fans and its Twitter account has a following of more than 600,000. Until recently, the group raised donations via U.S. companies PayPal Inc., MasterCard Inc., and Visa Inc., and hosted material on Amazon.com's servers.

But the group's use of American companies has come under increasing pressure as it continues to reveal U.S. secrets. PayPal and the credit card companies severed their links with site and Amazon.com booted WikiLeaks from its servers last month.

The actions sparked a cyberwar with WikiLeaks sympathizers, who attacked the company's sites for days.

Assange is currently in Britain, where he is fighting extradition to Sweden on sex crimes allegations. His next hearing is scheduled for Tuesday.

Ted Bridis in Washington and Michael Liedtke in San Francisco contributed to this report.