Weapon in rampage was banned under Clinton-era law 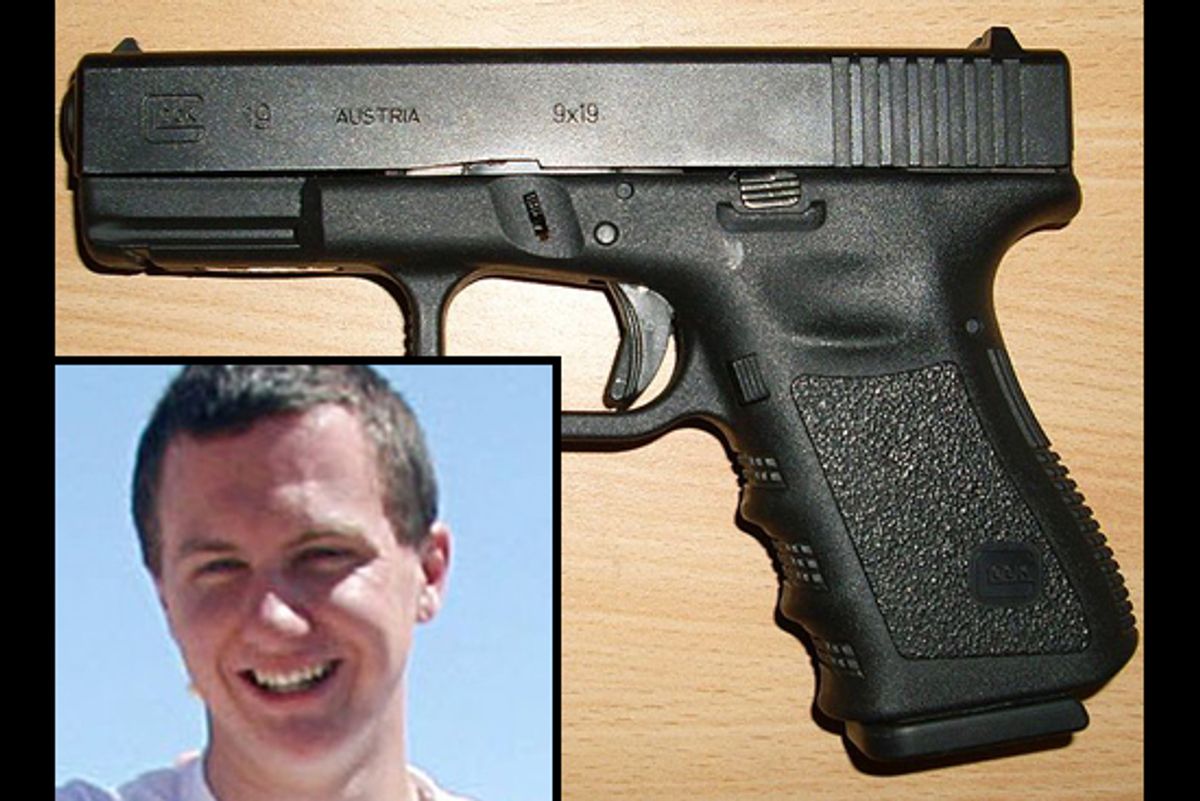 The high-capacity magazine of the semiautomatic pistol used in the shooting of Rep. Gabrielle Giffords and more than a dozen other people on Saturday would have been illegal to manufacture and difficult to purchase under the Clinton-era assault weapons ban, which expired in 2004.

According to police and media reports, the alleged shooter, Jared Lee Loughner, legally purchased a semiautomatic Glock 19 with a high-capacity magazine in November at a gun store in Tucson. Under the assault weapons ban, it was illegal to manufacture or sell new high-capacity magazines, defined as those that hold more than 10 rounds. The magazines used by Loughner had 31 rounds each, according to police.

If Loughner had been using a traditional magazine, "it would have drastically reduced the number of shots he got off before he had to pause, unload and reload -- and he could have been stopped," Daniel Vice, senior attorney at the Brady Center to Prevent Gun Violence, tells Salon.

President Bush backed the ban, and an amendment to extend it passed in the Senate in 2004 but was never voted on by the House.

President Obama also supports renewal of the ban -- at least nominally. While he referenced the ban even in his Democratic nomination acceptance speech -- "don't tell me we can't uphold the Second Amendment while keeping AK-47s out of the hands of criminals" -- he has not pushed Congress to act on the measure.

The only significant legislation relating to guns signed by Obama is the credit card reform bill, which contains an amendment making it legal to carry concealed weapons in national parks. The Brady Center gave Obama an "F" for his first year in a report titled "Failed Leadership, Lost Lives."

State laws are also an issue. The Brady Center's Vice says that 10 states regulate assault weapons. In California, for example, Loughner could not have legally purchased a gun with a high-capacity magazine. Arizona, though, has among the weakest gun laws in the nation.

"Even if folks had seen Loughner with the gun walking up to the congresswoman, it was perfectly legal until he started firing," Vice says.

He also notes that Glock pistols are particularly easy to fire, letting off rounds as quickly as the operator can pull the trigger. "They are very good at killing people quickly," he says.

The company describes the Glock 19 model, "the all-round talent," this way:

The GLOCK 19 is ideal for versatile use through reduced dimensions compared with the standard pistol size. With the proven caliber of 9x19, it has found worldwide distribution in security services. In addition to being used as a conventional service weapon, it is suitable for concealed carry or as a backup weapon. For instance, many of the elite pilots of the USAF for instance trust the GLOCK 19 for their efficient defense in emergency situations.

Vice says the Brady Center will now push for a renewal of the assault weapons ban and more strict background checks.

"Our gun laws are so weak that someone who couldn't get into the military, who was kicked out of school, and who used drugs walked into a gun store and was able to immediately buy a semiautomatic weapon," he says.