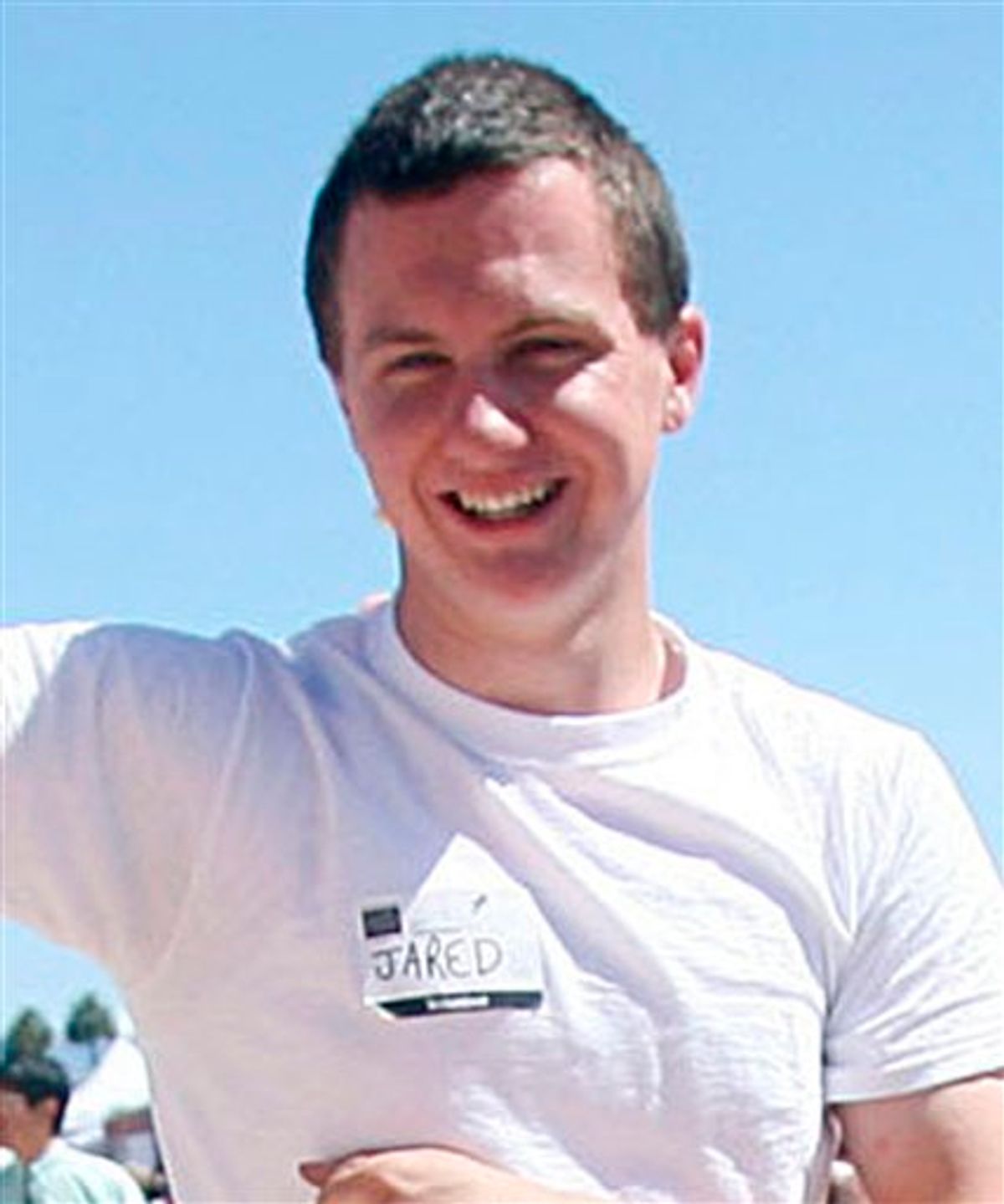 This March 2010 photo shows a man identified as Jared L. Loughner at the 2010 Tucson Festival of Books in Tucson, Ariz. The Arizona Daily Star, a festival sponsor, confirmed from their records that the subject's address matches one under investigation by police after a shooting in Tucson that left U.S. Rep. Gabrielle Giffords wounded and at least five others dead. Police say a suspect is in custody, and he was identified by people familiar with the investigation as Jared Loughner, 22, of Tucson. (AP Photo/Arizona Daily Star, Mamta Popat) NO MAGS, NO SALES, MANDATORY CREDIT (AP)
--

The suspect in a deadly Arizona shooting is in a federal courtroom facing charges of attempting to assasinate a congresswoman.

Jared Loughner entered the courtroom handcuffed and wearing an inmate uniform. His head is shaved and he has a cut on his right temple.

As he walked in, he looked straight at the crowd. His lawyer, a woman, whispered to him.

The 22-year-old is accused of killing six people on Saturday -- including a federal judge -- and injuring 14 others, including U.S. Rep. Gabrielle Giffords.