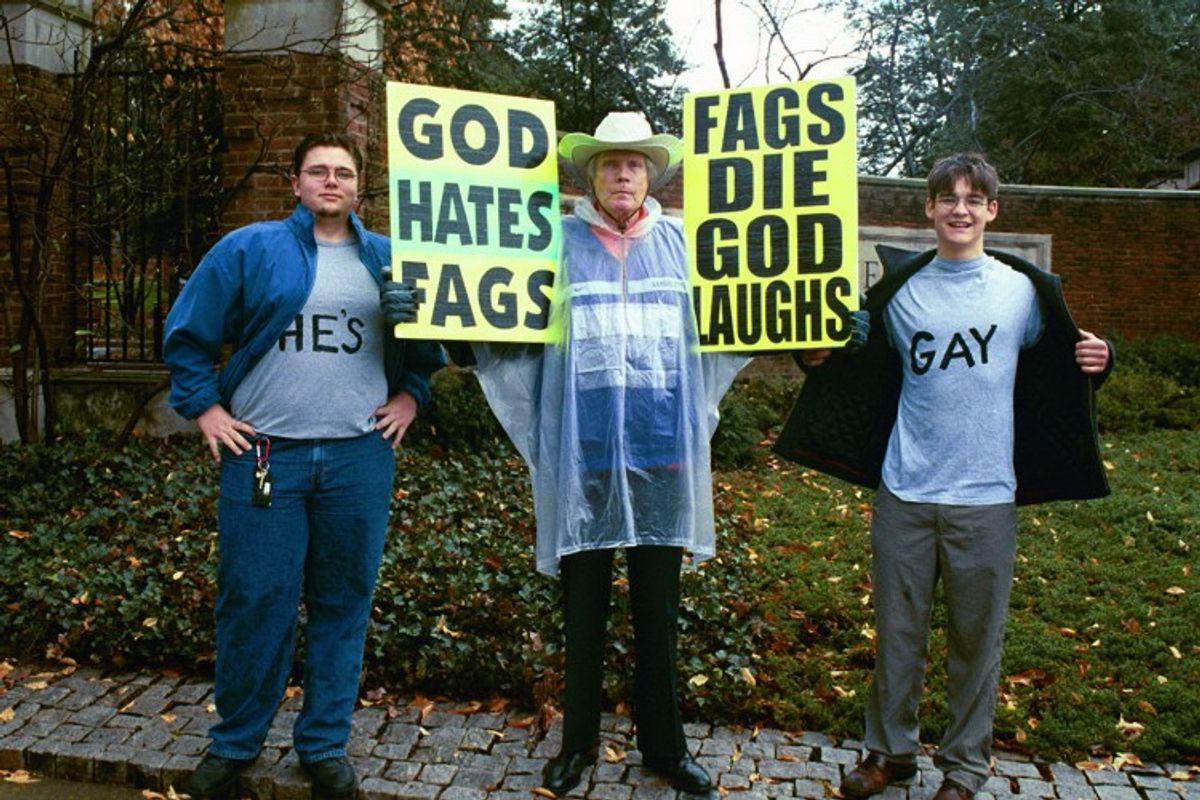 It's only Monday, but a front-runner for This Week in Crazy has already emerged. Fred Phelps, founding father of the whacko Westboro Baptist Church, posted a YouTube vid thanking God for the "violent shooter, one of your heroes in Tucson."

He's referring of course to Jared Lee Loughner and his murderous spree in Arizona over the weekend. Phelps wants you to know that "God sent the shooter" and that his devout/brainwashed followers, true to form, will picket the funerals of the six victims who died, including the service for 9-year-old Christina Green.

Sorry for making your blood boil so early in the week, but below is Phelp's taped message to the nation: