Pamela Geller may hate the imaginary "ground zero mosque," but everyone loves a bargain 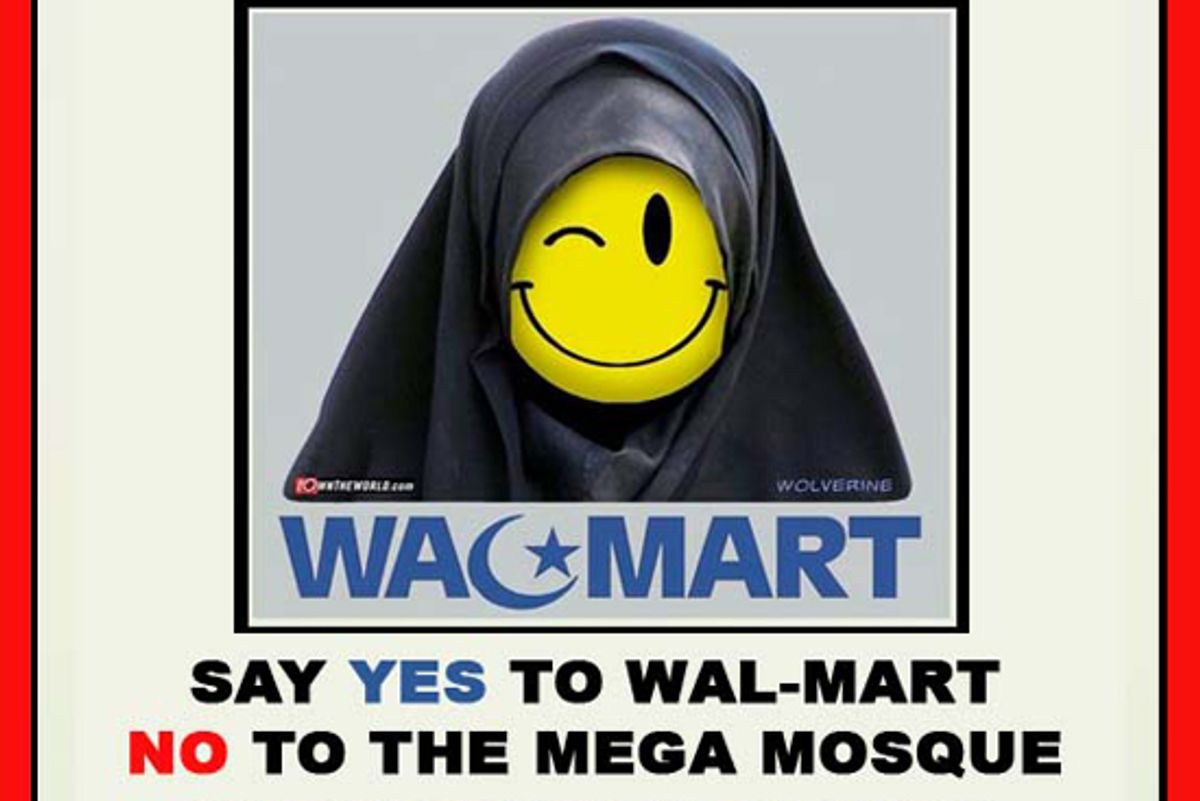 Obsessive anti-Islam blogger Pamela Geller is having another New York rally in support of bigotry and insanity. This time, though, there's a twist: She is still protesting the imaginary "ground zero mosque," but she also wants everyone to know that she's in favor of Wal-Mart.

The giant retail chain that has successfully held the lead in America's race to the bottom would like to expand into New York City. The City Council is against the idea. Geller, obviously, supports Wal-Mart, because liberals dislike Wal-Mart, and liberals love Muslims, and Muslims hate America, and so therefore Wal-Mart is good and loves America.

The beautiful thing about her little flier is how confusing and incoherent it is. It is anti-mosque, and pro-Wal-Mart, but the Wal-Mart happy face is wearing a veil, and there is an Islamic crescent in place of the style guide-confounding hyphen?

Also, Geller is the lady who decided to loudly boycott Dunkin' Donuts because it had an ad in which spokesperson Rachael Ray wore a scarf that resembled a keffiyeh. Surely Wal-Mart has sold something with a crescent on it at some point. Look, you can buy a Quran for $5! And there's even a Spanish version, for illegal immigrant terror anchor babies!

(Oh, wait, Geller already got mad at Wal-Mart for something Muslim-related in 2009, because she is impossible to parody. But it wasn't really their fault, because they were sued by CAIR, so she has forgiven them.)

New York is expected to get a foot of snow tonight, which should make for a really fun protest of a City Council hearing that has already been postponed.