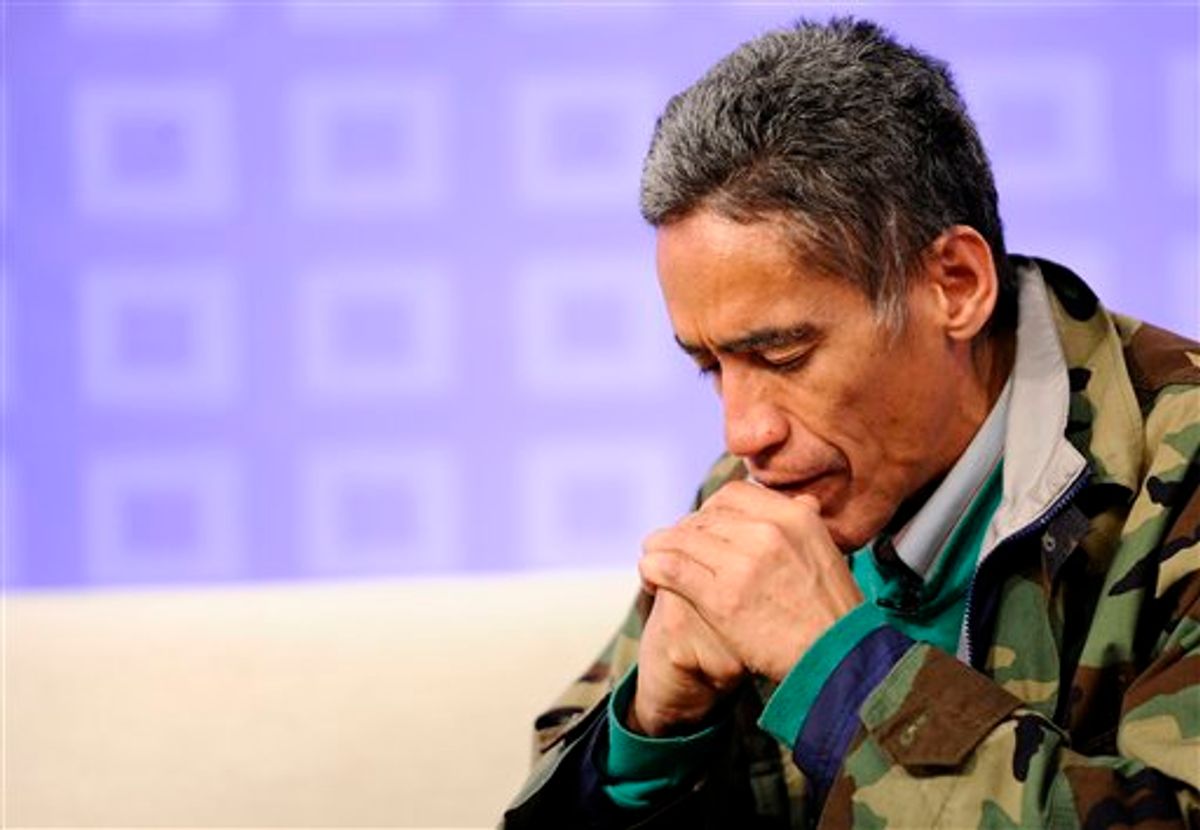 In this photo provided by NBC Universal, homeless man Ted Williams prays during NBC's "Today" show, in New York, on Thursday, Jan. 6, 2011. Williams, who was living in a tent near a highway in Columbus, Ohio, just days ago, was in New York for an emotional reunion with his 90-year-old mother, media appearances, and to do some commercial voiceover work. On the "Today" show, he described his previous 48 hours as "outrageous." (AP Photo/NBC, Peter Kramer) NO SALES (AP)
--

The Hollywood Reporter blog confirms that Ted Williams, the man with the golden voice, was briefly detained after a yelling fight with his daughter on Monday night. The event comes just four days after his debut appearance voicing the MSNBC "Lean Forward" campaign commercials.

Here's the touching story of Williams' rise from sleeping on the streets to a national media sensation -- all thanks to YouTube.