Why Obama is ready for the debt ceiling showdown 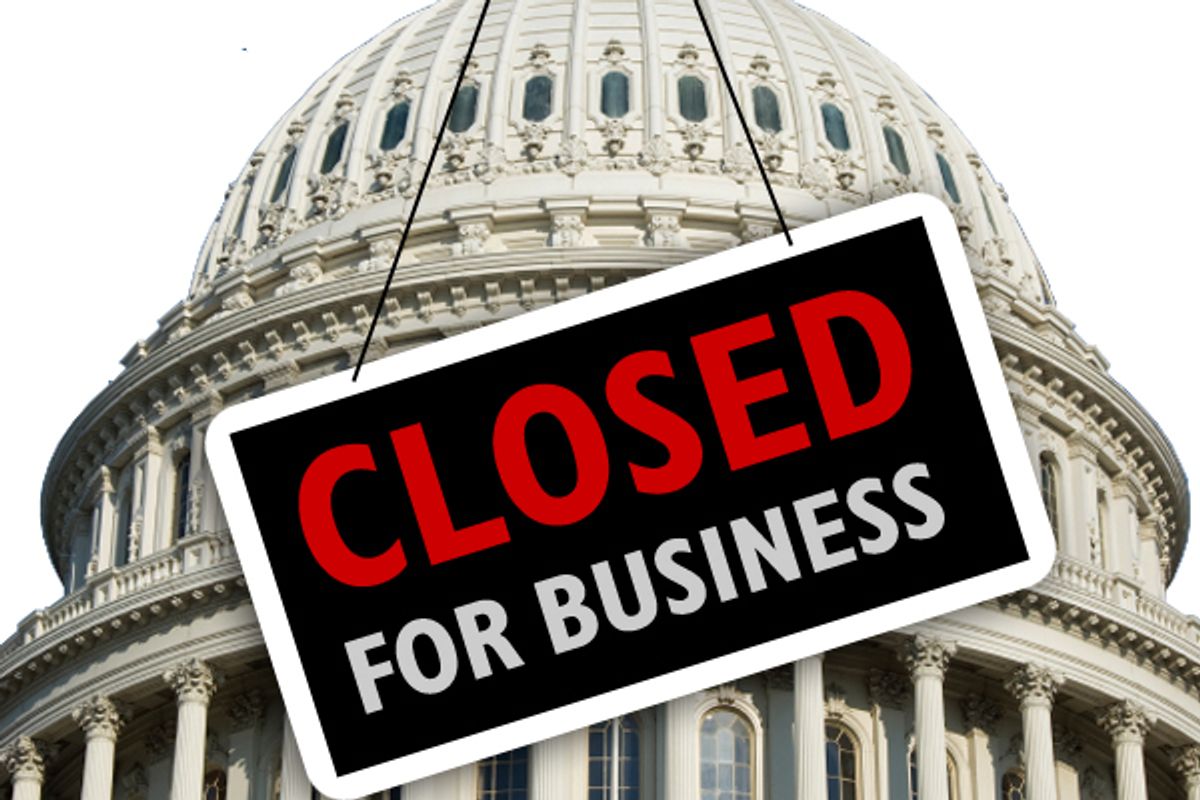 Two Morgan Stanley economists offer a remarkably clear-eyed take today on how the fight over funding the U.S. government will play out this year. (Thanks to Bruce Bartlett for the link.)

The first thing to understand is that two different things are likely to happen in March. First, on March 4, the "continuing resolution" that provides temporary funding authority for the U.S. government -- basically, authorizing the government to spend money -- will run out. This has happened before and is not necessarily a complete disaster, as it only affects "discretionary" spending programs, and includes waivers for "essential" personnel.

But sometime in late March the U.S. is also likely to hit the current debt ceiling of $14.294 trillion. After that point, the government no longer has the authority to borrow and runs the risk of defaulting on various obligations -- such as the legally mandated responsibility to pay Social Security benefits or interest on Treasury notes. But the deadline here is far from exact. Morgan Stanley's David Greenlaw and Ted Wieseman do a very nice job of sketching out the various gimmicks that Treasury can use to stay under the debt ceiling, and predict that, under the most dire scenario, Tim Geithner could keep the government running until as long as Labor Day before hitting the wall.

So there are obviously a number of possible scenarios. The White House could negotiate with Republicans on a deal that wraps both the continuing resolution and the debt ceiling into one package. Or there could be a standoff on the continuing resolution, leading to a partial government shutdown, while the Treasury postpones a debt ceiling debacle as long as possible. Or Republicans could authorize a temporary extension of the continuing resolution while standing their ground on the debt limit. The likelihood that the government would actually reach a point where it defaults on its obligations is low, but the longer the situation remains unresolved, the more nervous everyone will become. In this context, it's important to remember that Republicans, if they get serious about making good on their threat not to raise the debt limit, run a very real risk of antagonizing their biggest current financial backers. The bond vigilantes aren't concerned -- yet -- about inflation or big government deficits, but they will definitely become unhappy if the Treasury's legal authority to borrow is in real jeopardy.

As Greenlaw and Wieseman point out, the last time political leaders tangled over both the continuing resolution and the debt limit, in 1995, Speaker of the House Newt Gingrich's threat to let the government default was not well received by financial markets. The very day he gave a speech outlining his hard stance, the dollar fell sharply and interest rates rose. And the longer the funding struggle goes on this year, the more likely it will be that history repeats itself.

If the Obama administration is adept, it will be able to connect these dots. And that's where the story gets interesting, because you can make a good argument that the White House is better prepared for this fight than its opponents. On the Republican side you have people like Michele Bachmann who are busily attempting to organize outright resistance to raising the debt ceiling under any circumstances -- a tactic that would lead inevitably to serious economic turmoil. Whereas in the Obama administration there are now two men -- Jacob Lew at the Office of Management and Budget and Gene Sterling as director of the National Economic Council -- who served in the Clinton administration during the 1995 government shutdown drama and have extensive experience in dealing with a hostile Congress.

It's almost as if Obama has set up a team specifically to fight this war.

Or at least one can hope so.