Ariz. survivor: 'It was like a bad crime drama' 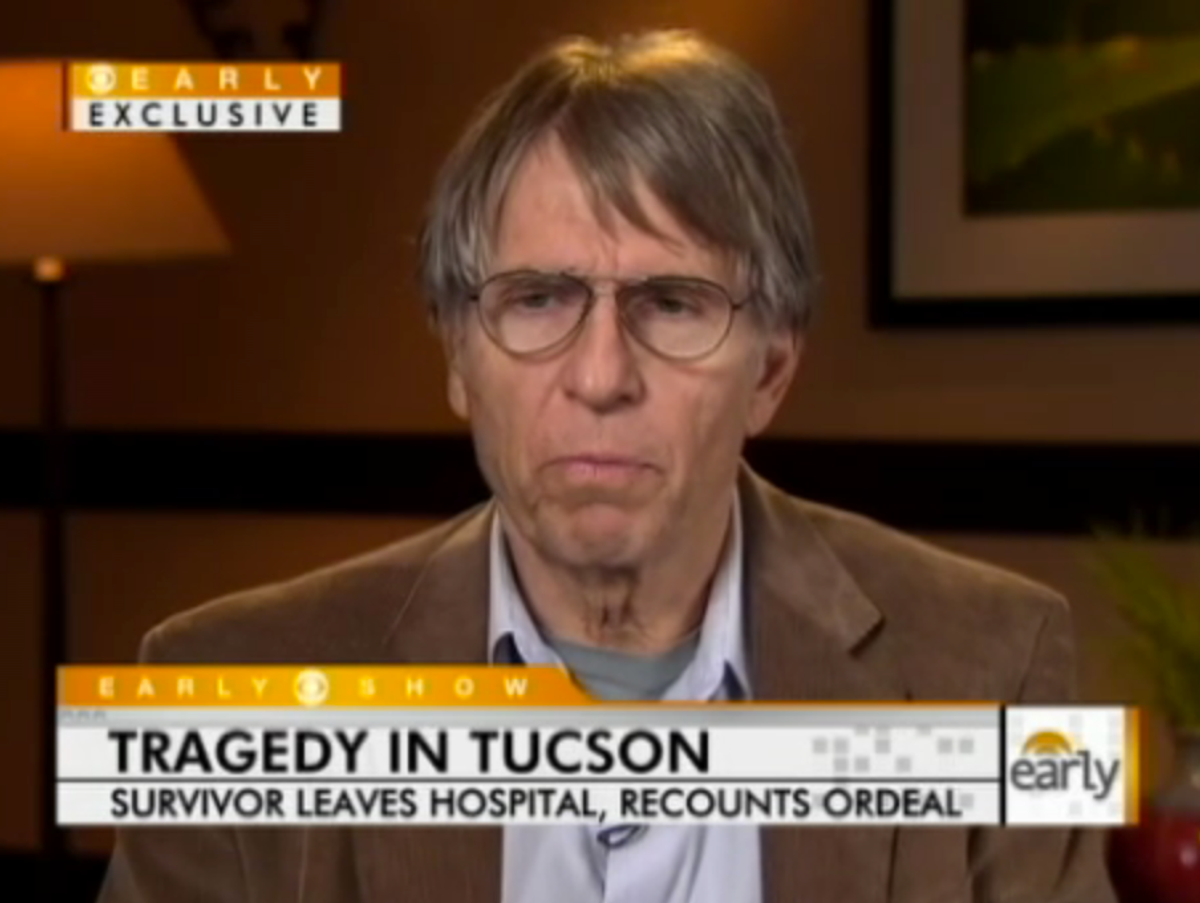 "He cut a tennis game short Saturday so he could hear her speak, only to be shot in the leg and hit in the back with bullet fragments. He drove himself to the hospital and was released Monday." (via)
--

One of the survivors of Saturday's shooting spree in Arizona says "it was like a bad crime drama."

Eric Fuller said Tuesday on the CBS "The Early Show" that he felt the bullet that hit his knee but didn't know he had also been hit in the back.

He says he didn't know how to react and felt the victims "were in for more."

Jared Loughner (LAWF'-nuhr) is being held on federal charges. He's accused of killing six people and wounding or injuring 14 others, including U.S. Rep. Gabrielle Giffords.

Fuller says he was lucky and feels fine physically but is outraged that Giffords was attacked.

View the entire interview below or read highlights on CBS News: