Bank of America is the next target for WikiLeaks

According to an anonymous source, America's biggest bank is the subject of the next "megaleak" 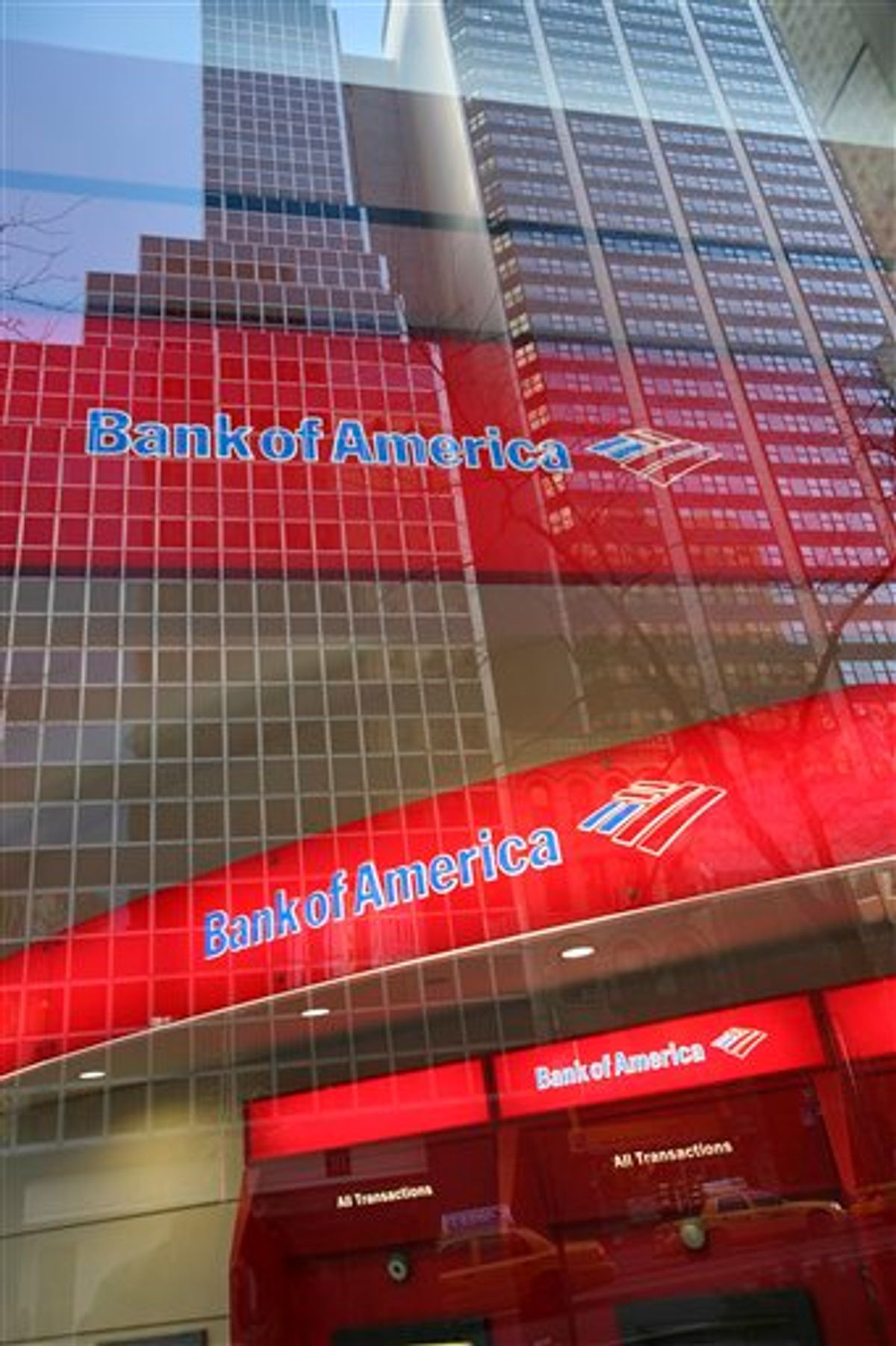 FILE - In this Jan. 25, 2009 file photo, a Bank of America branch office is shown in New York. Bank of America, Citi, Wells Fargo Bank, JPMorgan Chase and other banks got together in 1997 and formed a private company called Mortgage Electronic Registry Systems Inc., or MERS. Its motto: "Process loans, not paperwork."(AP Photo/Mark Lennihan, file) (AP)
--

After weeks of guessing, a contact close to Julian Assange's controversial organization confirms that the next batch of leaked documents released by WikiLeaks will nail Bank of America. CNBC.com's John Carney reported the news from an anonymous source just a few minutes ago, and the clues leading up to this release corroborate the claim:

Speculation has swirled around for months about which bank might be the target of WikiLeaks. Back in November, Andy Greenberg of Forbes magazine interviewed Wikileaks founder Julian Assange. He was told that Wikileaks had tens of thousands of documents from a big US bank that it would release early this year. Assange refused to identify the bank.

Assange also confirmed this morning outside of the British Magistrates court that the next leak would come soon.


This is a developing story. Check back later for more details.