Rendition to U.S. -- and steep penalties -- possible if Assange is extradited to Sweden, says Australian defense 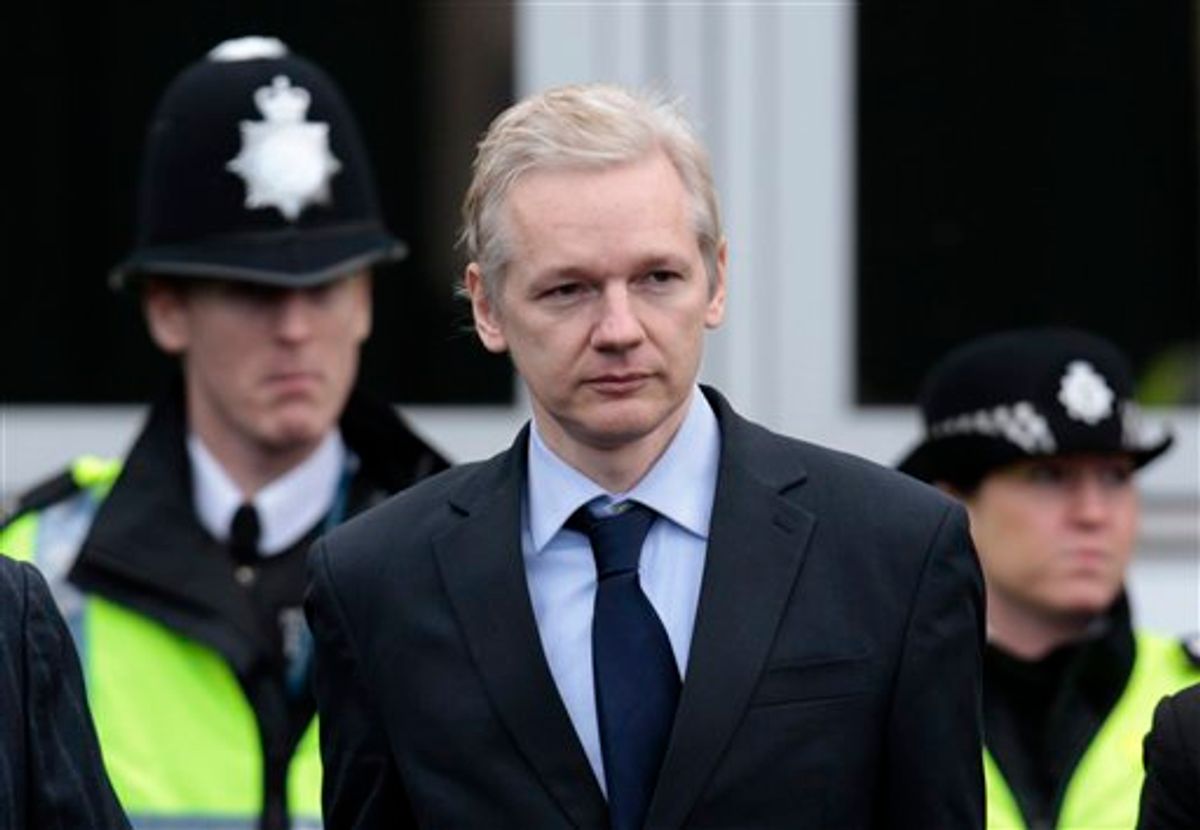 The founder of secret-spilling website WikiLeaks Julian Assange is flanked by police officers as he leaves court after making an appearance at Belmarsh Magistrates' Court in London, Tuesday, Jan. 11, 2011. Assange is in court Tuesday for a procedural hearing which lasted for only about 10 minutes, as part of his fight to avoid extradition to Sweden on allegations of sex crimes. (AP Photo/Lefteris Pitarakis) (AP)
--

Julian Assange could be in big trouble, says a skeleton summary filed by his Australian defense team. In an attempt to prevent extradition to Sweden, Assange's lawyers claim that the Wikileaks founder could be detained (as a terrorist) at Guantánamo Bay or sentenced to death:

Indeed, if Mr Assange were rendered to the USA, without assurances that the death penalty would not be carried out, there is a real risk that he could be made subject to the death penalty. It is well known that prominent figures have implied, if not stated outright, that Mr Assange should be executed.

A full extradition hearing with Assange present -- electronic collar device and all -- is expected on February 6 and 7.

Read full coverage at The Guardian.