In "Bird Cloud," the "Shipping News" author describes an ill-fated attempt to build her dream home 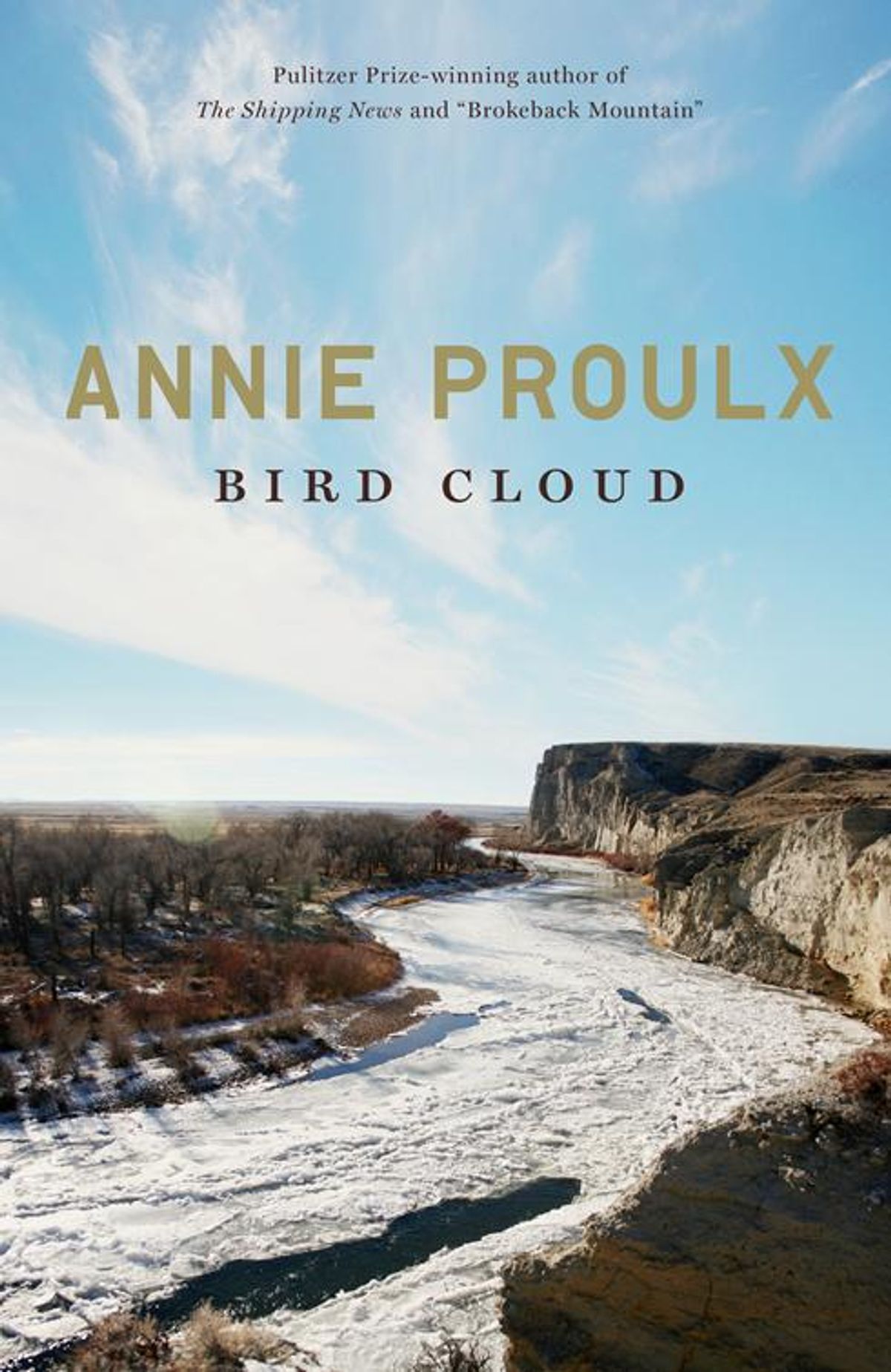 Annie Proulx, author of eight books of fiction, including the Pulitzer Prize-winning novel "Shipping News," and the story collection that contains "Brokeback Mountain," has written "Bird Cloud" -- described as "autobiography, history of a place, a naturalist's journal," and "the magnificent story of [her] piece of the Wyoming landscape and the house she built on it." While the book jacket promises that Proulx "turns the lens on herself," the word "autobiography" doesn't quite apply, and the word "story" fits only the suspenseful house-building chapters in the middle of the book, not the essays on either side.

Proulx once said that imagination develops best in people with few resources: "If you have nothing and no place in the world, imagination is an engine of incredible power." Her fiction is set in places with abundant natural beauty but scant shelter and less love. Her characters, with their vast reservoirs of tenderness, find that tenderness is unrequited. In Proulx's fiction, language equals consciousness. Fierce but compassionate, colloquial yet lyrical, intimate while unsentimental, it's a map of the protagonist's fears, hopes, despair. We don't get the equivalent in "Bird Cloud" -- no careful articulation of inchoate urges turning into compulsion, no unflinching verbal measure of the self's fault lines.

But we get glimmers. Proulx concedes that she's "bossy, impatient," apt to make decisions that "stretch comprehension." Her willingness to embrace difficulty has led to truly original fiction  -- "Accordion Crimes", a starkly beautiful novel. Yet strength, misapplied, is hubris. Proulx's approach to house-building suggests that she was right to equate scarcity with inventiveness. Building an extravagant house on remote land became an exercise in not just imagination but check-writing.

Building a house and writing a book are alike in that reality transfigures ambition. You use the materials and skills available, so the end result is different from the initial vision. E. H. Gombrich said that style isn't ornament but an agile way of sidestepping limitation, the ability to unite an ideal with inevitable shortfalls. But an author addresses unforeseen contingencies and alterations alone, judiciously, while an author building a house works with an architect who emphasizes form over function (at least Proulx's architect did), also a contractor, crew members, subcontractors, inspectors. Each has his own problems meeting deadlines, devising solutions, synchronizing his schedule with other people's, not to mention infinite personality tics, and the requests for money, more money. As a house-builder, Proulx lost control over the final shape. She comes close to saying so when she calls the house "a kind of wooden poem," acknowledging "I have difficulties with poetry."

The house-building section reminds me of home-and-garden TV shows I call real-estate porn, because, watching them, I watch people do things that, even if I had the chance, I'd feel too prudent or guilty to do myself. Proulx installs three floors in a year, each more expensive than its predecessor. She stumbles upon far-flung, can't-live-without materials: artsy cabinets from Texas, a tub from Japan, wood from Alaska, tile from Brazil, a sink she spots in a magazine ad where it sits in front of a roaring ocean. In the ad, it seems like sculpture. In the bathroom, it's nonfunctional, "the snooty sink." What's more, the water isn't potable. Local builders don't understand newfangled specifications. Suppliers send "ill-fitting parts." Utilities reverberate and clatter. Proulx's worst decision comes to light when the house is hundreds of thousands of dollars over budget and still unfinished. The realtor who said the road to the house would be "maintained" in winter -- plowed -- was wrong. The house-to-end-all-house-longing is a summer retreat.

Though the book is presented as a coherent whole, the four-chapter story of home-building gone awry is a book unto itself, different in tone and execution from the chapters on either side, which are expository and heavily footnoted. The first chapters are nominally related to house-building in that Proulx begins them by noting she lived in many houses as a child while her French-Canadian father chased the American dream. These genealogical chapters -- like the chapter after the house-building section that recounts money-grubbing exploits of white settlers in Wyoming -- are reminders that Proulx is a trained historian. Another explores evidence that Sioux, Cheyenne, Crow, Arapahoe and Ute tribes lived there. The last chapter, which moves back in time to the only winter she stayed at the house as builders arrived by snowmobile, records the lives of birds.

If Proulx regrets that she fell violently in love with a piece of land and couldn't heed the warnings of friends and family who advised her to proceed slowly, her regret is stoic, imperceptible or sublimated into this final description of an eagle and his mate deciding where to nest. Noting that "eagles waste no time on tears," Proulx watches them wing away: "I assumed she didn't like the place."

Debra Monroe is the author of six books, including the memoir, "My Unsentimental Education," which, in the words of Rosellen Brown, “raises a dozen potent question about what has changed for a generation of women not so much disillusioned but unillusioned about what it means to ‘live like a man.’” Her essays have been published in the New York Times, The American Scholar, Guernica,The Morning News, and more.