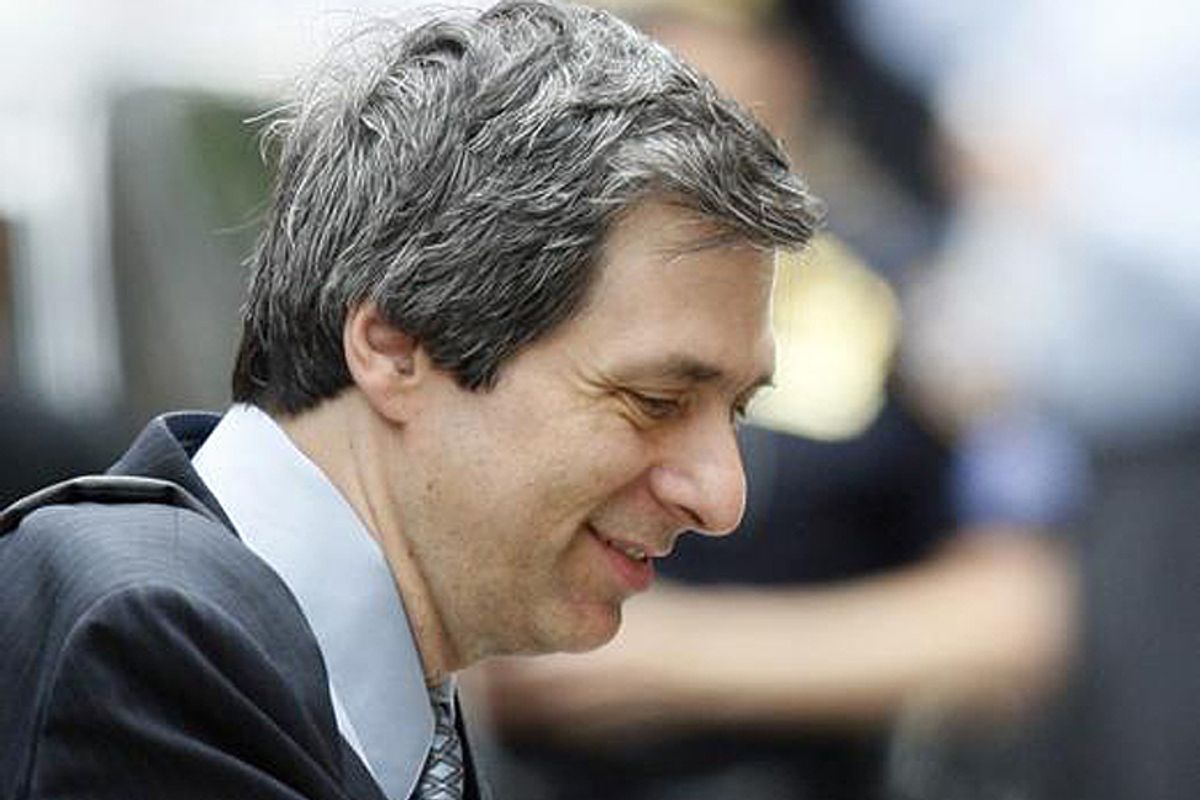 [Updated] I'm no huge admirer of Howard Kurtz -- I named him America's 23rd worst hack, after all -- but I will say that his hilariously embarrassing correction today is uncharacteristic of the longtime media reporter, who's more often guilty of being bland than being in error. But in error he was last November, when he reported on his phone conversation with Rep. Darrell Issa. But, whoops, Kurtz was actually speaking to Issa's spokesperson, Kurt Bardella. Correction time!

When I conducted the telephone interview for my Nov. 27 article on California Rep. Darrell Issa, my unambiguous understanding was that I was speaking with Rep. Issa. I subsequently learned that I was speaking to his chief spokesman, Kurt Bardella. None of the views ascribed to Issa are inaccurate, but the attribution throughout the story should have been to his spokesman, not to the congressman. We have since corrected the article. The earlier version also mentioned Darrell Issa’s "tendency to refer to himself in the third person." In fact, that usage was appropriate because the interview was with his spokesman.

His "tendency to refer to himself in the third person." Amazing.

As Hamilton Nolan has already noted, Kurtz is appending this correction to his story more than a month after Kurtz was told he hadn't ever actually spoken to Issa.

Update: This entire thing was a wonderful comedy of errors. The story behind the correction is the journalistic equivalent of a drawing-room farce.

Kurtz talked to Issa's spokesperson Kurt Bardella, but thought he was talking to Rep. Issa. When he received the e-mail from Bardella explaining what happened, he was apparently too confused to correct his story.

“I screwed up,” Kurtz told POLITICO. “I was so puzzled by the note that Bardella sent – about my not having talked to the man I repeatedly called congressman, and who identified himself as Darrell Issa – that I wasn’t sure how serious he was. He didn’t ask for a correction, which he certainly is entitled to if I wasn’t in fact talking to Darrell Issa. Then I got busy with other things and I let it slip, and that was a mistake on my part.”

So what prompted his tardy correction? A journalist from another publication heard about the mistake, of course. The New Yorker's Ryan Lizza called Kurtz and explained that he knew about the "confusion."

Kurtz says he repeatedly called Bardella "Congressman" during the phone call, which Bardella does not recall.