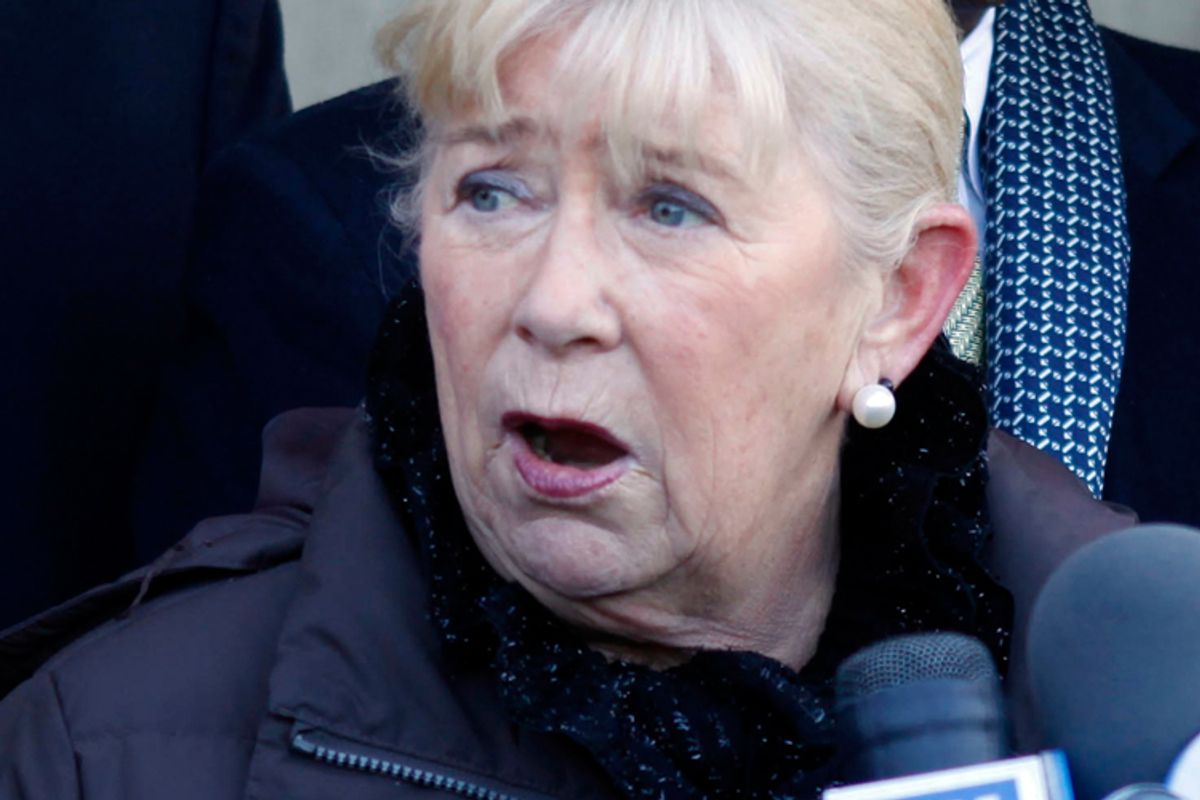 Rep. Carolyn McCarthy speaks during a news conference about gun control in New York on Monday.
--

I just spoke with Rep. Carolyn McCarthy, D-N.Y., about where things stand on the Hill on her proposed ban on high-capacity magazines. The takeaway: It's going to be a tough battle to get any sort of new gun legislation through Congress.

"The NRA is out there already saying it's a slippery slope -- that if we take away the large magazines we're actually going to try and take away their guns, forgetting to mention that the Supreme Court has already said that everyone has a right to own a gun," she said.

The NRA has publicly declined to comment on the shooting of Rep. Gabrielle Giffords and 19 other people in Arizona Saturday beyond saying, "Our thoughts and prayers are with the victims." But McCarthy says that the pro-gun group has already been reaching out to key members to, for example, oppose legislation offered by Rep. Peter King, R-N.Y., that would bar possession of a gun within 1,000 feet of a member of Congress.

Speaker John Boehner announced today that he opposes King's legislation. McCarthy said she has a call in to Boehner and hopes to sit down with him one-on-one to pitch the ban on high-capacity magazines. (Such magazines were previously illegal to manufacture under the assault weapons ban, which expired in 2004.) She also hopes to find a Republican co-sponsor for her legislation, which she plans to begin circulating Thursday.

McCarthy got into politics after her husband was shot to death on Long Island in 1993, and gun safety has been her signature issue since she took office in 1997.

I asked McCarthy whether she is satisfied with the performance of President Obama, who has gotten failing grades from gun control advocates. "Let's face it, it's a pro-gun House [and] a pro-gun Senate, and I'm sure that he's going to be picking his battles," she said.