This is why Palin '12 just won't work 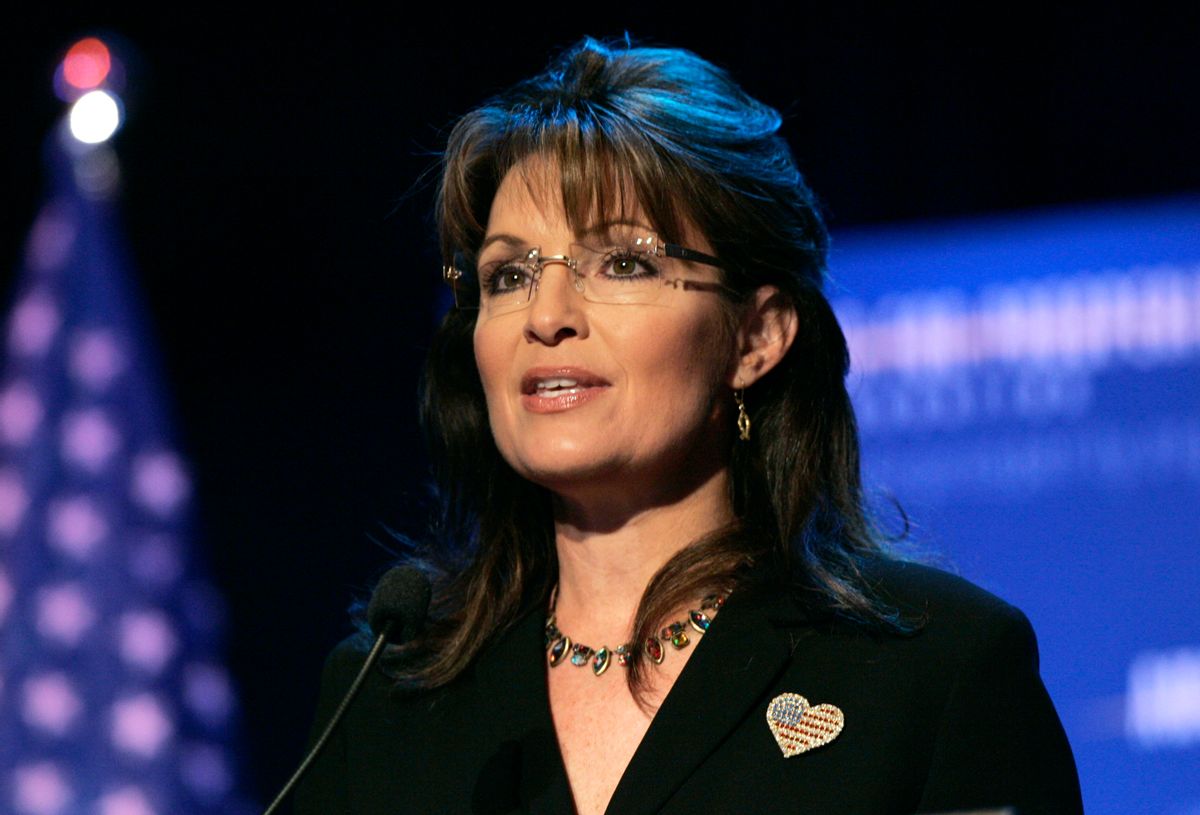 It has been widely assumed that Sarah Palin's response to Gabrielle Giffords' shooting would be a pivotal moment for her viability as a 2012 presidential candidate. Now Palin has finally broken her silence, with a seven-minute videotaped message released this morning -- one that, more than anything, will probably give Republicans yet another reason to look elsewhere for a '12 candidate.

As is the case just about every time Palin sounds off on a major topic, the result has been instant and bitter polarization. Palin pretty much guaranteed this would be the case by employing the emotionally- and historically charged term "blood libel" and by claiming that journalists and pundits who focused on her inflamed rhetoric in the hours and days after the shooting are guilty of inciting "the very hatred and violence they purport to condemn."

There's really not much to say about this. It's classic Palin, a speech designed to draw her flock closer by refusing to give an inch to her opponents. Thus, we now have Josh Marshall from Talking Points Memo opining that "[t]oday has been set aside to honor the victims of the Tucson massacre. And Sarah Palin has apparently decided she's one of them." And we have The National Review's Daniel Lowry asserting that "Palin in gravitas mode like we’ve never seen her."

A savvier politician might have handled this situation a differently. I tend to agree with Dave Weigel, for instance, that the best advice for Palin this week would have been to simply say that her thoughts were with the victims and to leave it at that. But that's just not Palin's way. Almost as soon as news of the shooting broke on Saturday, liberal blogs and Twitter feeds came alive with reminders that Palin's website had once framed Giffords' district in cross-hairs -- and that Giffords had warned about the potential consequences of this at the time -- and of all the rhetoric employed by conservatives these past two years that involved violent imagery. "Mission accomplished, Sarah Palin," Daily Kos founder Markos Moulitsas tweeted before anything was even known about the perpetrator. And even when it became clear that Jared Loughner had no discernible connection to Palin or the Tea Party politics -- or to the political culture as the rest of us recognize it -- Palin's crosshairs and "Don't retreat, reload!" rhetoric featured prominently in the media's coverage. She wasn't going to let this go and ignore it, and she certainly wasn't going to tell her critics that they had a point about her rhetoric being too hot.

In a way, I actually sympathize with Palin on this one. As I've written this week, I've interpreted much of the commentary about her rhetoric as a backdoor way of assigning blame to her for Tucson. For the first few hours last Saturday, it plenty of people assumed that the shooter must have had some connection to right-wing politics. I include myself in that category. Some, like Moulitsas, began explicitly and publicly blaming Palin right away. But when Loughner's name was released and we learned more about his background, well...it just didn't fit the profile that we'd all assumed. But the reminders of the crosshairs and "Reload!" didn't stop. A new argument emerged: There's no direct link between right-wing rhetoric and Loughner -- but all of that vitriol must have created a climate that somehow pushed him over the edge. And demands were made for Palin to apologize for her rhetoric, and to swear it off going forward. I do understand why she'd resist: Even though their initial assumptions had been completely wrong, her critics still weren't backing off.

That said, the end result of all of this for Palin when it comes to 2012 is that nothing has changed. Her standing with Republican voters as a '12 prospect has already been falling; between the end of 2009 and the end of 2010, she suffered  a 20-point drop in the number of Republicans who said they'd be open to supporting her. Fair or not, the fact that she became the central player in this week's drama -- and the fact that her defiant response has prompted the same reactions that just about all of her utterances do -- figures to accelerate that trend.