Authorities approved requests from 55,000 Haitians to join relatives in the U.S. but visas could take a decade 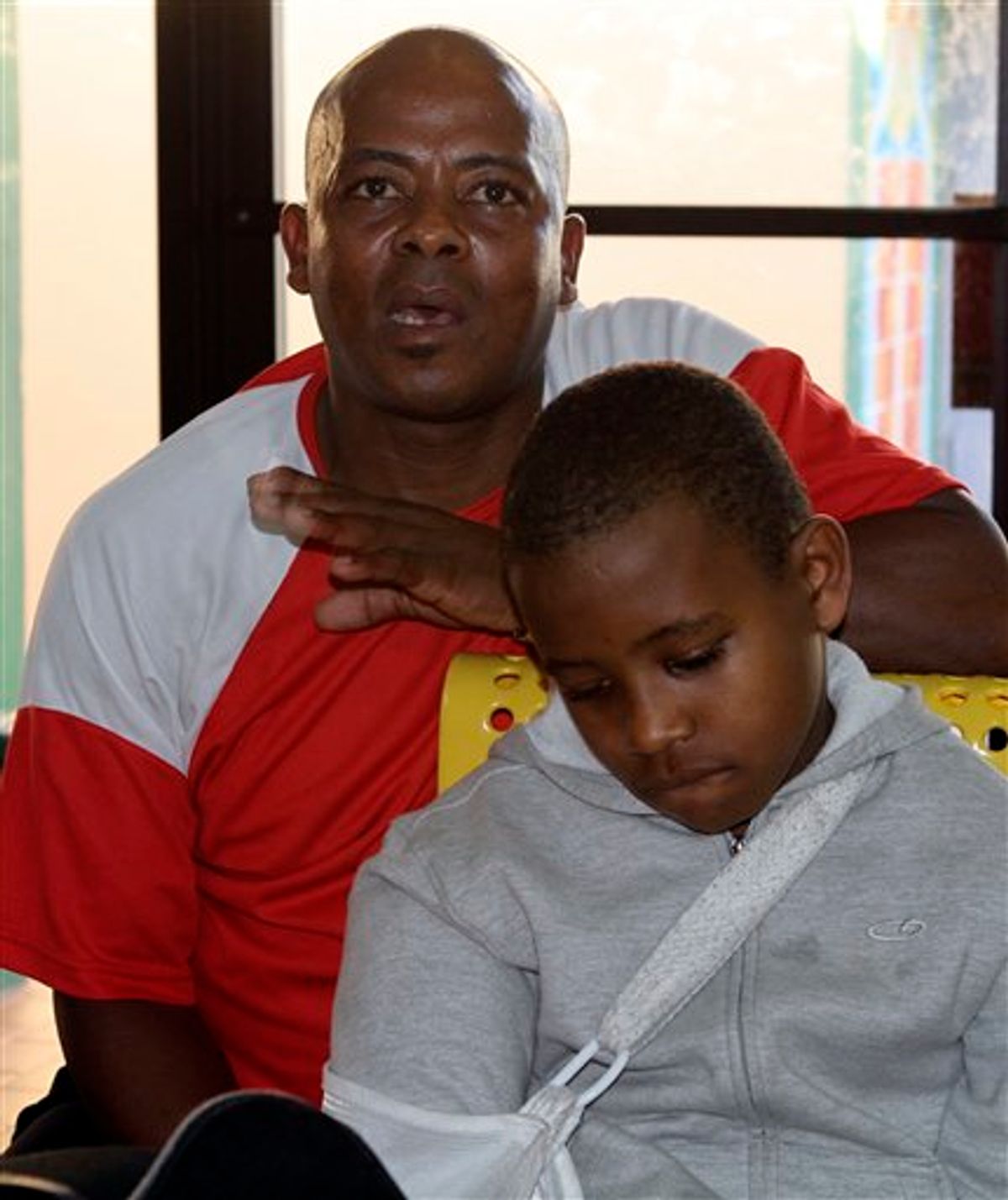 Haitian-American leaders and others are using Wednesday's anniversary of Haiti's massive earthquake to implore the Obama administration to welcome tens of thousands of Haitians who were promised visas but remain in the crippled Caribbean country on waiting lists.

Immigration authorities had approved requests from 55,000 Haitians to join relatives in the United States before the earthquake. But because the U.S. caps the number of visas it grants per country annually, it can take a decade for an approved request to produce a visa.

Supporters want the State Department to waive the visa limit and thereby bolster the ranks of expatriate Haitians.

The argument is based on more than compassion: Haitians abroad already send more than $1 billion back home each year, about a sixth of the gross domestic product for the hemisphere's most impoverished nation.

"They'll be able to send money to help their families back in Haiti," said North Miami Mayor Andre Pierre, whose city of 57,000 is roughly a third Haitian and would anticipate absorbing thousands of the visa-holders if they were bumped to the front of the immigration line. "Then (their families) won't have to be constantly asking the United States government and other international communities for help, constantly trying to get aid from them when they can help themselves."

Pierre, himself a Haitian immigrant, put forth a resolution last year that his colleagues in the U.S. Conference of Mayors approved urging the administration to issue the visas it has promised.

Federal officials are reviewing the issue, said Chris Bentley, a spokesman for the Citizenship and Immigration Services agency.

Allowing the 55,000 Haitians to jump the visa line could suddenly burden the infrastructure and environment for a population that has grown rapidly in the last 10 years because of immigration, both legal and illegal, said David North, a fellow at the Center for Immigration Studies.

And there's no guarantee that they wouldn't create a void when they left, he said.

"These 55,000 are probably above average in income, education and luck. They're not a cross-section of Haitian society -- they're probably already considerably better off than the average Haitian," North said.

"If those people come from Haiti, the money that had previously come to them from the United States will just stop coming, and that's hard on Haiti."

Even so, proponents of the speeded-up visa plan call remittances by expatriate Haitians an economic lifeline to a country that -- between the rubble, a cholera outbreak and political unrest -- still seems in many respects as if the quake happened last week, not last year.

The magnitude 7.0 earthquake on Jan. 12, 2010, killed more than 230,000. Roughly a million remain homeless amid the debris and stuttering reconstruction efforts in Port-au-Prince.

Survivors now in the U.S., many of whom were airlifted for medical care, say they'll mark the anniversary feeling blessed to be alive, but also anxious about what the next year will bring.

Many survive only on the financial support of relatives or charities because in their scramble to get out of Haiti they were not granted papers by the U.S. allowing them to work. Even those who were granted permission to work have had trouble finding jobs as they navigate medical care for injured children and bureaucracy in finding someplace to live.

"I'm not allergic to work -- I'll cut grass, I'll do anything," said Prevener Julian, a 42-year-old farmer and market vendor who accompanied his 8-year-old son Belix, who needed treatment for head trauma. Julian is living in a Miami homeless shelter.

Many of the Haitians brought to the U.S. in the first weeks of the international aid effort thought they would be going back after a while. Now, they are not so sure.

The shock and disruption of the earthquake has been followed by the shock of the reality that going back is nowhere near a viable option.

"Now they have to readjust to living here," said Elsie St. Louis-Accilien, executive director of Haitian-Americans United for Progress, a community-based organization in Queens. "These are people who did not plan on doing this."

Valerie Placide, who fled with her 9-year-old son in the days after the quake, has watched from Spring Valley, N.Y., just north of New York City and some 1,500 miles from Haiti, as recovery efforts floundered, cholera killed more than 3,600 and political unrest turned to riots.

"You've spent a year hoping that everything would be better," Placide said. Instead, she said, "I'm not hopeful at all."

Thousands of children were evacuated to the U.S. following the quake. Sitting with his mother in a Miami shelter last week, 10-year-old Peterson Exais contemplated someday returning to Port-au-Prince, where he spent four days buried beneath the rubble of his house. Thin, pale scars cut through his hair and circle his left eye.

"It's better here," he says in the English he's learned this past year in hospitals and school. "Haiti is broken."