Michael Bloomberg's opinion page is a glaring conflict of interest 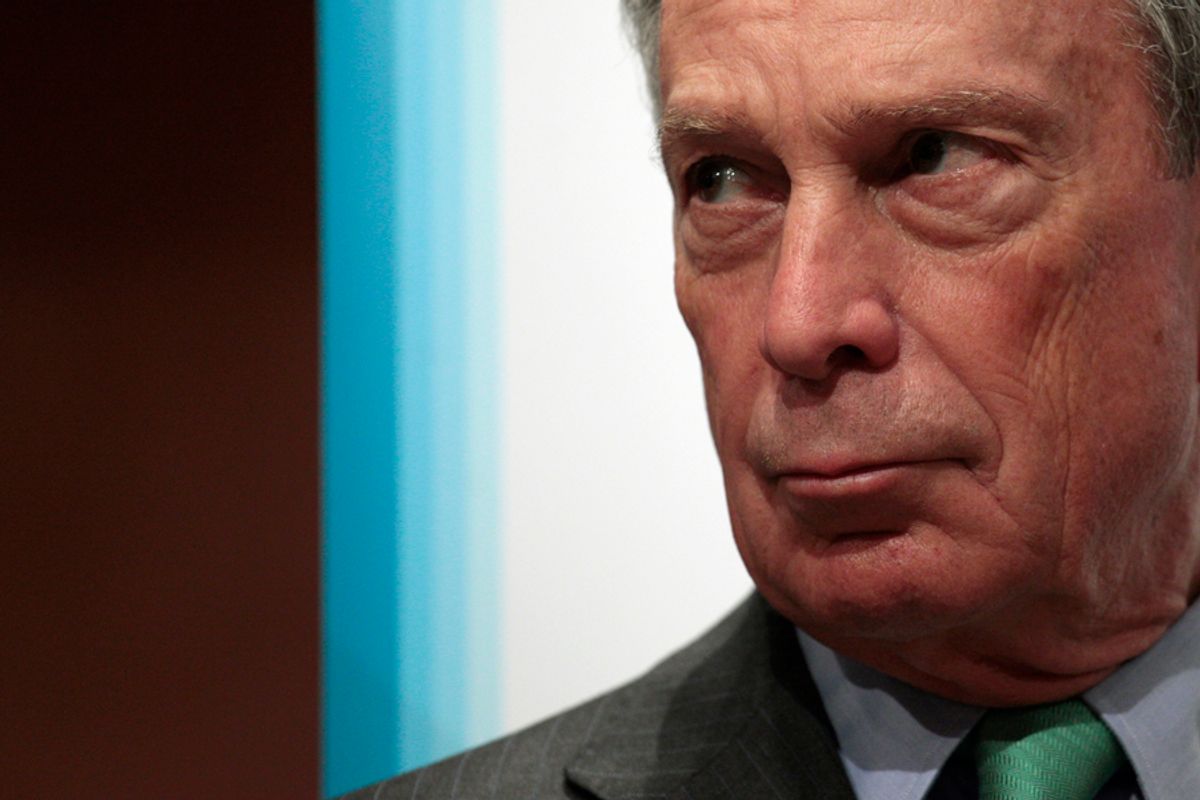 Michael Bloomberg is the mayor of New York and a media mogul. Bloomberg L.P., his financial news company, made him a billionaire and continues to grow. But because of conflict-of-interest rules, the mayor is supposed to not involve himself with the day-to-day operations of the company. When Bloomberg was first elected, he was advised that he could be involved in broad decisions, like "the sale of all or part of the company, the sale or purchase of significant assets, major financial commitments like loans, and major changes in employee compensation or structure." But outside of that, he's supposed to be hands-off.

A discrimination lawsuit in 2007 forced Bloomberg to admit that he continues to be more engaged with the company than he'd previously disclosed, but he still insisted that he kept his distance. "I just don’t get involved in the day-to-day stuff like personnel," he said.

But Bloomberg L.P. is launching an opinion section, called Bloomberg View, that will offer only "ideology-free, empirically-based editorial positions about the pressing issues of our time," which means it will parrot both the political opinions of Bloomberg himself and his holier-than-thou tone. But how will Bloomberg ensure that opinion page editors Jamie Rubin and David Shipley accurately reflect the Bloomberg position on the pressing issues? Easy: They'll work not from Bloomberg L.P.'s offices on Lexington Avenues, but from the offices of the nonprofit Bloomberg Family Foundation, where the man himself is not barred from participating in day-to-day operations.

One insider described it as a way around the conflict-of-interest rules that force the mayor to keep a careful distance from the day-to-day management of the company. “His interaction with the company is so highly regulated,” says one source with knowledge of the situation. “This enables Mike to meet with them, talk to them, have influence over what they write.”

Bercovici also points out that a tax-exempt non-profit can't lend space to a for-profit company, but I'm sure Bloomberg will find a way around that pesky rule.