If they get their way, history books won't say anything about "intruding on the Indians or having slaves" 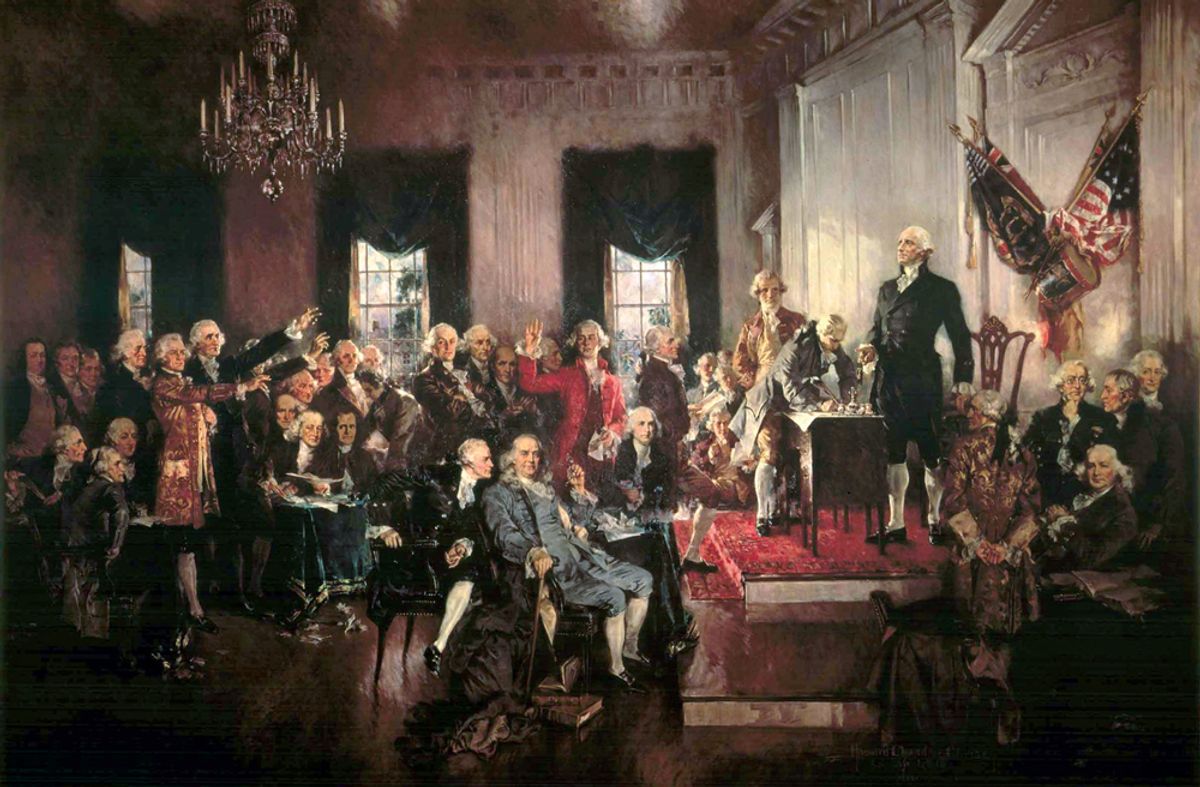 George Washington is the figure standing on the dais. The central figures of the portrait are Alexander Hamilton, Benjamin Franklin and James Madison. Painting by Howard Chandler Christy (1873-1952).
--

For a bunch of people who worship the Founders and like to play dress-up American Revolutionary War, Tea Partyers sure hate knowing anything remotely reality-based about the Founding Fathers. Tennessee Tea Party groups have introduced a proposal to take what few minorities there are in American history textbooks out of American history textbooks, along with any negative portrayals of the wealthy white men who led this young nation in its infancy.

At a press conference, two dozen activists presented their proposals -- I'm sorry, their "demands" -- for the new state legislative session. Among them are sweeping changes to school materials that they probably have not actually read.

Take it away, awful person:

The material calls for lawmakers to amend state laws governing school curriculums, and for textbook selection criteria to say that “No portrayal of minority experience in the history which actually occurred shall obscure the experience or contributions of the Founding Fathers, or the majority of citizens, including those who reached positions of leadership."

Fayette County attorney Hal Rounds, the group's lead spokesman during the news conference, said the group wants to address "an awful lot of made-up criticism about, for instance, the founders intruding on the Indians or having slaves or being hypocrites in one way or another."