The internet monolith will create a forum for young science enthusiasts. But what does it mean for their empire? 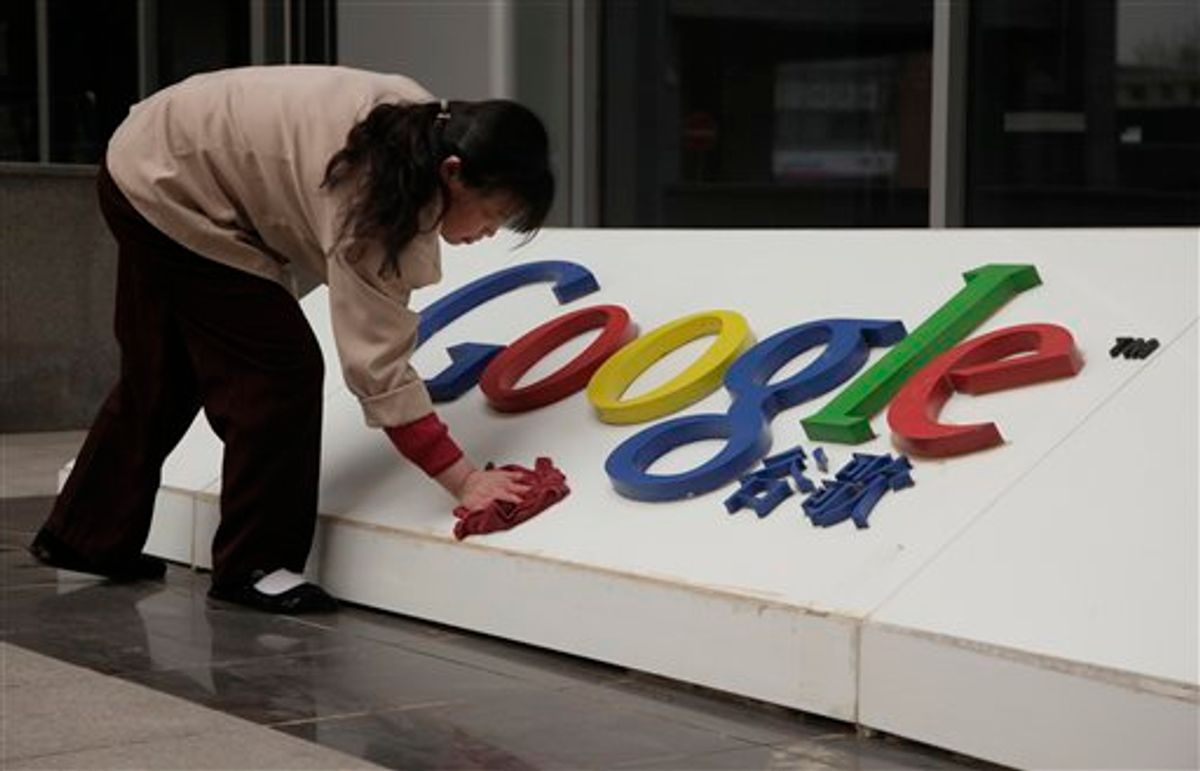 Google announced Tuesday that it will host the "first global online science competition" for teenage science enthusiasts all over the world. All it takes to enter is a Gmail account! The grand prize for the winner is a no-strings-attached $50,000, with the inventors retain ownership rights over their entries*.

Corporate-sponsored science fairs are no new sensation. Intel and Microsoft have been doing it for years. Perhaps the most famous (and impressive, at least to college admission officers) is the Siemens Westinghouse Prize. So why not Google, too? Heck, why not just make it a stage in the hiring process?

Projects in these presitigious competitions tend to be a bit more advanced than your standard solar system made out of styrofoam. Last year's winner of the Intel Science Talent Search developed a software navigation system that is being used to help improve space travel throughout the solar system. On its blog, Google offers an example of a kid from the Pacific Northwest who wrote an algorithm that could power a robot's brain, allowing it to assist in hospitals.

The contest, which began taking submissions on Tuesday morning, will run until April 4. In July, 15 finalists will be flown to California, where a panel of company executives and scientists will judge the projects. The judges will choose a finalist from each age group, and one grand prize winner will take the $50,000 and a collection of goodies from each of the contest's sponsors.

Corporate sponsors? Panels of executives? The bait story about writing an algorithm? Is Google up to something? As they say their blog, "How many ideas are lost because people don't have the right forum for their talents to be discovered?" By "right forum," Google must mean, "our boardroom."

* - Important footnote: Google is specific in their contest rules to point out that the youngsters only retain ownership over the "Entry" itself. Then comes a big block of legalese that seems to explain how Google will own everything else. These are just the first two sentences -- let us know if you have any idea what it means:

Entrant will retain ownership to his/her Entry subject to the version of the Google Terms of Service applicable to the Entrant based on country of residence. However, by entering the Competition, and to the extent allowed by law, Entrants grant the Competition Entities and their respective affiliates, licensees, promotional partners, developers, legal representatives, assigns, agents and licensees (collectively, the “Licensed Parties”), a perpetual (except in France and Spain, for the duration of rights), worldwide, royalty-free, non-exclusive, sub licensable, unconditional and transferable license to edit, modify, cut, rearrange, add to, delete from, reproduce, encode, store, modify, copy, transmit, publish, post, broadcast, display, adapt, exhibit and/or otherwise use or reuse (without limitation as to when or to the number of times used), the Entrant's (or Team’s) Entry, name, address, image, voice, likeness, statements, background and biographical material including, but not limited to, all materials submitted in connection with the Competition, as well as any additional photographic images, video images, portraits, documents, interviews or other materials relating to the Entrant or Team and arising out of his/her participation in this Competition (with or without using the Entrant's name) in any and all media, including but not limited to print, digital and electronic media, computer, DVD, CD, audio and audiovisual media (whether such media is now existing or hereafter devised), in any language, throughout the world, and in any manner, for trade, advertising, promotional, commercial, or any other purposes without further review, notice, approval, consideration, or compensation to Entrant or any third party.