Insurers are learning to live with the Affordable Care Act, but will the GOP listen to their lobbyists? 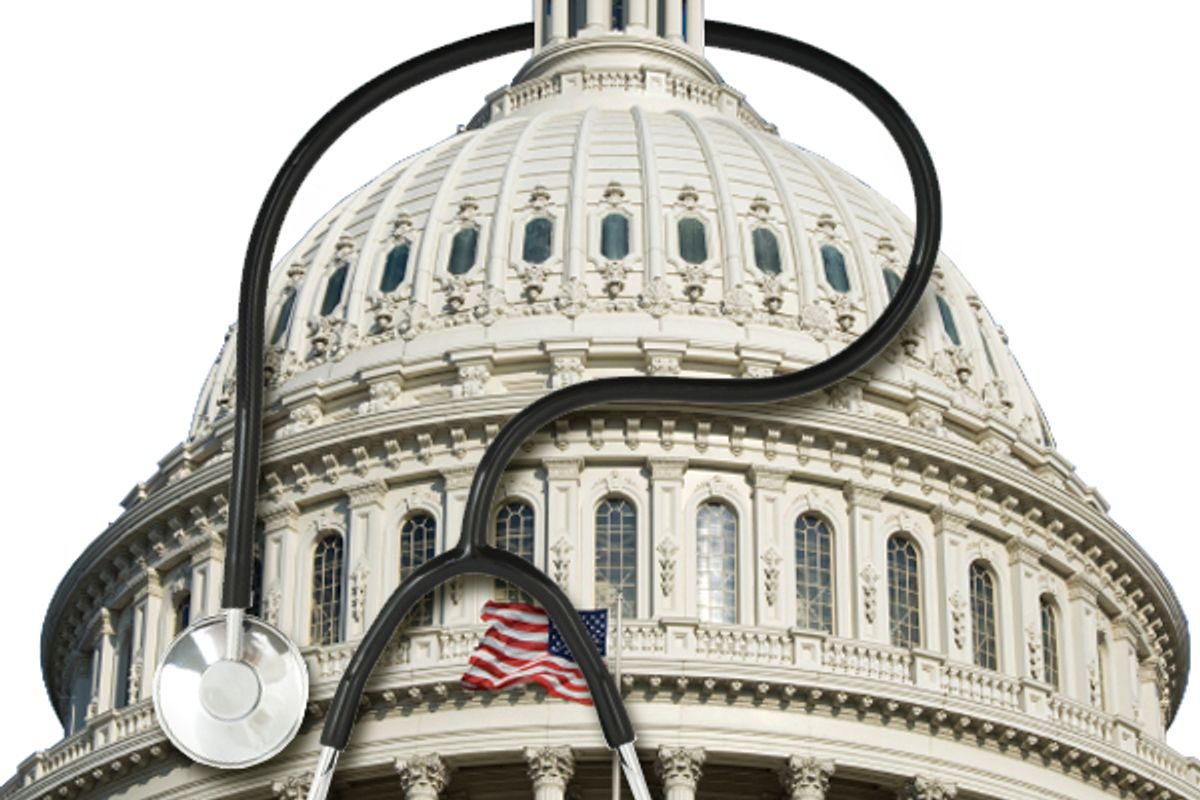 There is a very interesting quote at the end of an article by Politico's Sarah Kliff on how health insurers are coming to terms with healthcare reform.

[Aetna Chief Financial Officer Joseph] Zubretsky said Aetna has been in touch with the GOP on the issue and "believe the Republican leaders we've been talking to understand the consequences of decoupling the mandate from the guaranteed issue."

"Guaranteed issue" refers to the requirement that health insurers offer insurance to everyone, regardless of preexisting conditions. The "mandate" is the requirement that everyone must obtain health insurance. The simple truth about healthcare reform is that the first doesn't work without the second. Republicans have seized upon the unpopularity of the mandate -- but generally avoid discussing the fact that the mandate is what makes it financially feasible to expand healthcare coverage to millions of currently uninsured Americans.

The key here is that the health insurers have realized that the mandate means lots of new customers for them. Healthcare reform repeal would allow them to escape some of the things they don't like -- like the provisions restricting the amount of premium cash they can spend on overhead -- but the worst scenario would be one in which Republicans manage to gut reform of its unpopular parts, while leaving in the goodies -- thereby guaranteeing economic catastrophe. The underlying import of the quote from Zubretsky is that healthcare lobbyists are now sending a pretty straightforward message to Republicans: Don't screw this up!

In the Wall Street Journal, David Wessel further emphasizes the theme in an article arguing that the U.S. Chamber of Commerce's support of repeal is wrongheaded. If the law is implemented as written, businesses both small and large should see their costs fall, while a return to the pre-reform status quo ensures that costs will continue to rise.

At the National Business Group on Health, a collection of nearly 300 big employers, President Helen Darling, a former corporate-benefit administrator and Republican Senate staffer, says about executives who call for repeal: "If they really understood it, they wouldn't." "I don't think we'll get a better solution in the U.S. in our lifetime" she said. "If it gets repealed, or gutted, we'll have to start over and we'll be worse off."

Nonetheless, the Republican leadership in the House reaffirmed its intention to schedule a vote on repeal next week.

Healthcare Reform How The World Works The Republican Takeover