One nation, as good as it gets 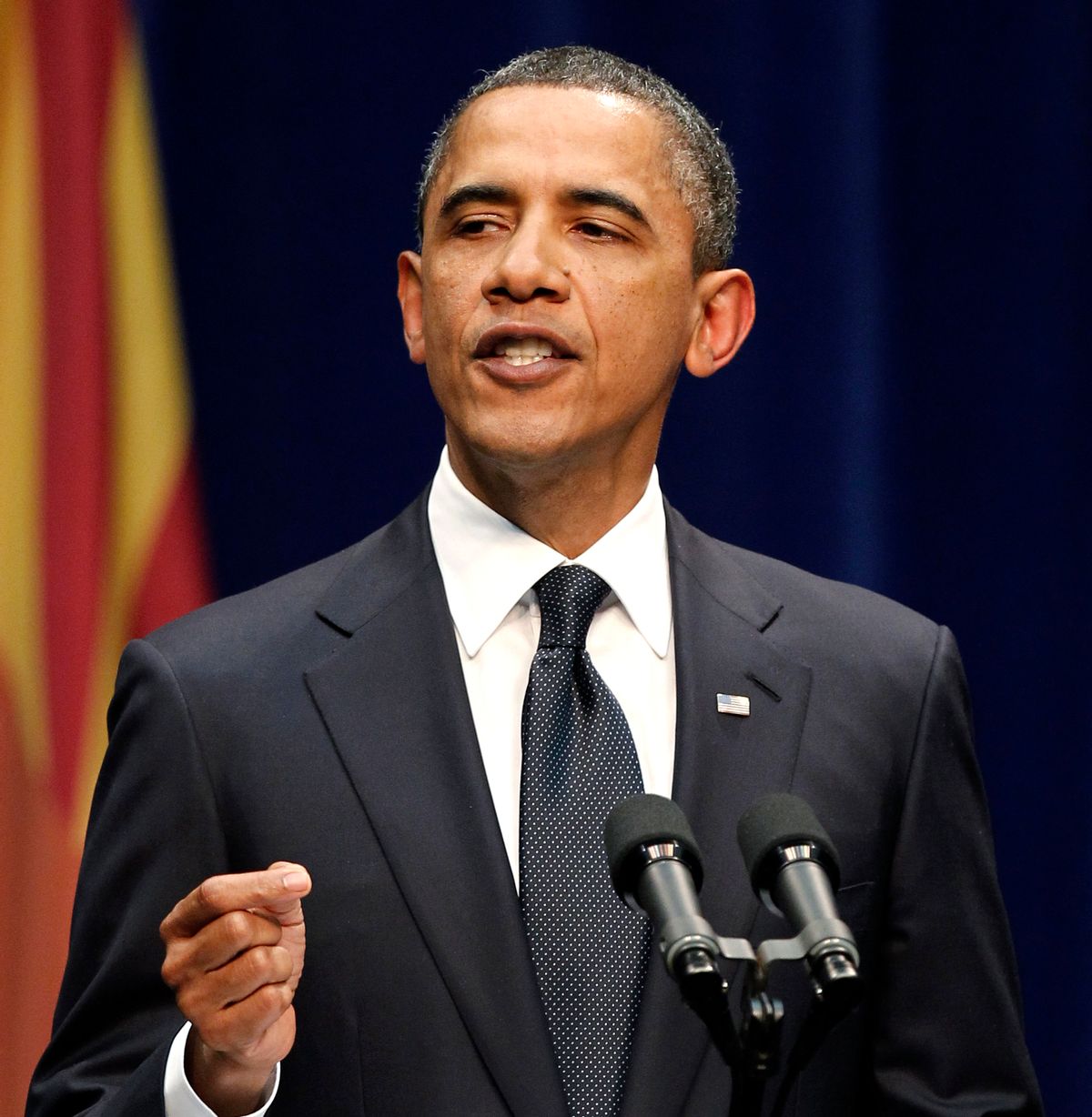 President Barack Obama speaks at a memorial service for the victims of Saturday's shootings at McKale Center on the University of Arizona campus Wednesday, Jan. 12, 2011, in Tucson, Ariz. (AP Photo/Chris Carlson) (Associated Press)
--

The event billed as a memorial service for victims of the Tucson, Ariz., massacre turned into what critics called a "pep rally," with cheering and hooting and hollering crowds. I don't understand what bothered people, because it was clear to me from the start: The University of Arizona crowd was celebrating the heroism that was on display last Saturday, when ordinary people became heroes and saved lives. And they were cheering the very idea of America.

There it was, folks, Saturday morning and again Wednesday night: our country, as good as it gets. Remember how great it looked and felt and sounded, when things inevitably get ugly again. Reagan-appointed Supreme Court Justice Sandra O'Connor, now retired, sat admiringly next to Daniel Hernandez Jr., the 20-year-old Gabrielle Giffords intern who helped save her life Saturday (who happens to be gay and Mexican American). Attorney General Eric Holder was side by side with Gov. Jan Brewer, whose racial profiling law he's fighting. The service began with an Indian blessing from Dr. Carlos Gonzales, who described his mother as Mexican, his father as a Yaqui survivor of "genocide," and his son as a soldier in Afghanistan, who praised "this great country, where a poor barrio kid from the south side of Tucson could get an education at a fine institution like the University of Arizona -- and then, even better, come back and teach here."

Like it or not, that's American history: We are imperfect, descended from people who took land from Indians and Mexicans and who held slaves, but also from people who fought for equal rights for everyone, and who, over time, managed to create laws and values and customs that (mostly) do that. Daniel Hernandez began his speech with the words "e pluribus unum" -- out of many, one -- and even if it's not an ideal we always live up to, it's the best idea we've ever had as a nation. President Obama delivered what I think was his best speech ever, but for a while Wednesday night, Hernandez stole the show, reminding us "what defines us is not difference ... we are all Americans," and rejecting the label "hero," since he said, "The real heroes are those who have dedicated their lives to public service." Obama correctly differed with Hernandez, congratulating him as a hero for helping to save Giffords' life.

The president's speech was appropriately personal and moving, describing all of those who died, with vivid individual details, as well as the people who risked their lives saving the wounded. But he wrapped the speech around 9-year-old Christina-Taylor Green, and as the father of two young girls, Obama made that move feel more than rhetorical. Michelle Obama, often struggling with tears early in the event, wept openly as he discussed the child who wanted to be the first woman to play Major League Baseball (fittingly, as the granddaughter of managerial legend Dallas Green), who often remarked to her mother, "We have the best life," who was just elected to student council, and who went out to see her local congresswoman, "who might have been a role model." Giffords' "Congress on the Corner" outside Safeway last Saturday "was just an updated version of 'government by and of and for the people," Obama said. "That quintessentially American scene, that was the scene that was shattered by a gunman's bullets."

The president's speech was titled "Together we thrive: Tucson and America," and I'll admit I heard something political in that title, at a time when America seems more divided than ever, with voices of reaction demonizing Democrats more viciously than ever since Obama's election. Obama himself resisted partisanship, making good on his oft-repeated promise to be the president of all of America, even the segment of the country that didn't vote for him. He acknowledged the debate, since the Tuscon tragedy, over "what might be done to prevent such tragedies in the future" and called it is "an essential ingredient in our exercise of self-government." But he went on with a warning:

“At a time when our discourse has become so sharply polarized, at a time when we are far too eager to lay the blame for all that ails the world at the feet of those who think differently than we do, it's important for us to pause for a moment and make sure that we're talking with each other in a way that heals, and not in a way that wounds….

It's almost exactly two years since Obama's inauguration, a time when even people who didn't vote for him seemed to rejoice in "all the ways our hopes and dreams are bound together." One speech is unlikely to take us back to that time, but it's a start. Oddly, some on the right and left were put off by the memorial's upbeat vibe; echoing other conservatives, the National Review's Rich Lowry tweeted: "the entire campaign-rally atmostphere is disconcerting," just as the heavily Democratic crowd was applauding conservative GOP Gov. Jan Brewer. For a while the reaction was shaping up to be the kind of backlash conservatives inspired against Paul Wellstone's funeral in 2002, until the president hit exactly the right tone. (Unbelievably, righties are now outraged over the fact that T-shirts were printed with the "Together we Thrive" message. If they're admitting that's Democratic messaging, they're in worse shape than I thought.)

Now conservatives are reporting that Obama's speech was meant to scold those on the left who have dared to discuss the fact that Giffords had confronted violence before her shooting: that someone dropped a gun at one of her town hall meetings, her office door was shattered after she voted for healthcare reform, and she herself told MSNBC that the cross-hairs imagery Sarah Palin used to target her might "have consequences." Obama was brilliantly fair in his remarks, and I've reproduced the relevant section above, so people can decide for themselves if he was in fact pointing fingers as he urged us not to point fingers.

For what it's worth, I talked about what I expected from Obama's upcoming remarks on MSNBC's "The Ed Show" earlier Wednesday, and I'm relieved I didn't get it wrong.

UPDATE: This piece has been corrected after a transcription error left several words out of President Obama's quote about "pointing fingers" after the tragedy. I regret the error.