It's the question I ask every parent before my son goes over to their house. Am I embarrassing my kid? Too bad 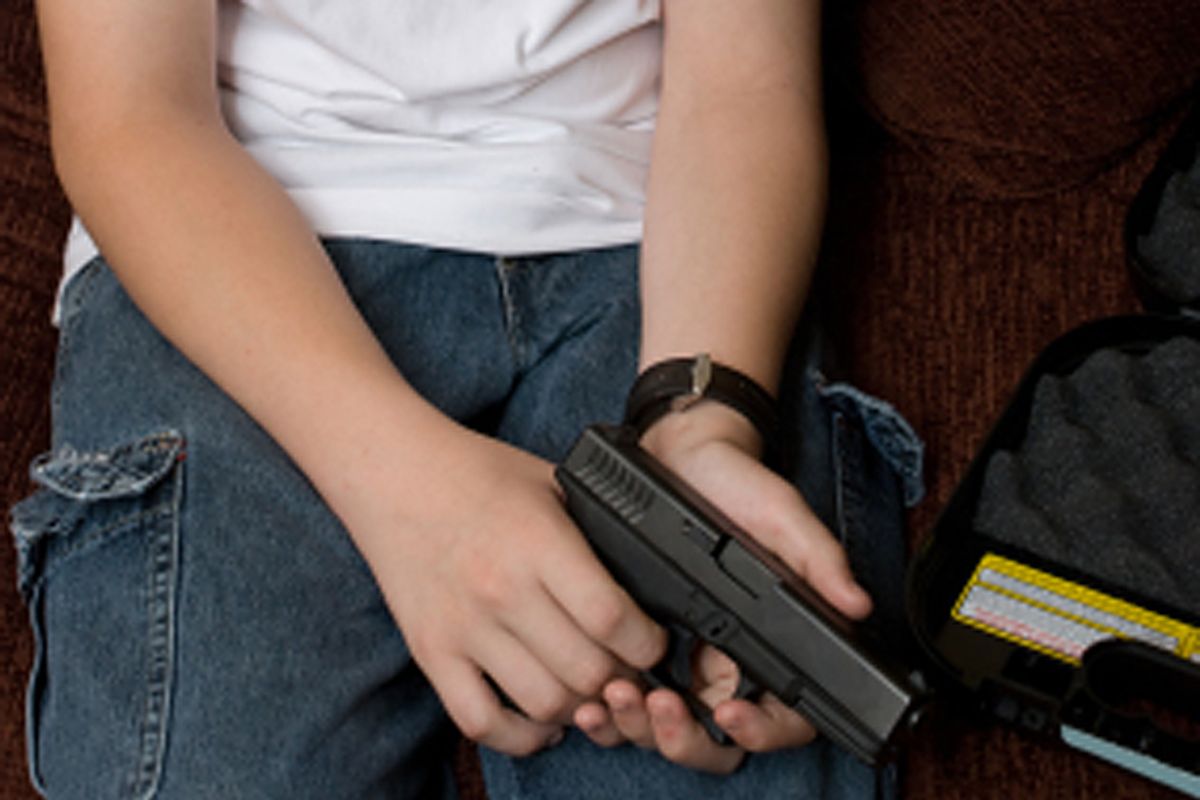 "Are you going to ask if they have weapons in the house?"

My 11-year-old son was invited to the most important social event for sixth graders, a sleepover birthday party, and instead of being thrilled his mother is concerned about his safety, he is, instead, embarrassed.

Too bad for him.

As I do when my son gets invited to the homes of classmates whose parents I don't know, I touch base before the event, I Google their names, I go into the house for a little look-see when I drop him off, and I ask about weapons.

So far, none of them say they do, but if they did, I'd ask to see how they're secured.

Maybe I am a little overprotective; he is, after all, my only child. And maybe, after all my years at the local newspaper, I've written and edited enough accidental shooting stories to make me perpetually nervous about how easily gun tragedies occur.

One of the worst happened years ago, when a local boy was spending the night at his friend's house. What began as a routine sleepover ended senselessly when one boy came across a gun thought by its owner to be safely put away in a drawer.

I really don't need to tell you what happened. You know how this story ends, which is precisely my point -- lives were irrevocably shredded in a second. One young life lost, another carrying the scars for the rest of his; two families forever changed.

What purpose did that gun serve? Did the pleasure of target shooting or the imagined safety of its ownership equal the loss of a young, innocent life?

Gun advocates cling to the "it's people who shoot people, not guns" mantra, and while it's technically true, the number of accidental deaths by gun far, far outweigh accidental stabbings or stranglings. Those kinds of accidental deaths don't just happen because someone forgot to lock up the carving knife or put the silk scarf into the drawer.

Then there are the not-so-accidental shootings, like in Tucson, Ariz., during which 18 people were shot, six fatally, when an apparently mentally ill, heavily armed young man opened fire on a crowd of people excited to meet the killer's target, U.S. Rep. Gabrielle Giffords.

"Why did he shoot that little girl?" my kid asked.

The shootings affected him, but he was particularly distressed about the death of 9-year-old Christina Taylor-Green, in part, I think, because he saw himself in her.

"She was there," I said, realizing that I couldn't think of anything else to say.

He nodded as I worried that my short answer fell both flat and nowhere near its mark.

"I guess we just have to be careful," he said.

If only that were true. If being careful would keep us from the grips of violence, well, what a wonderful world it would be.

The only truth in all of this is that sometimes violence is random, unpredictable, and if we are always on alert for it, we'll go mad.

But even with the randomness of some gun violence, there are things we do to nudge all of it along by making gun ownership so easy. That folks can walk into their local Walmart or gun show and leave with a weapon is frightening because it should be hard to get a gun.

Now, Sarah Palin didn't shoot all those people in Tucson. Neither did mental illness or violent rhetoric. It was, pure and simple, a gun -- a very powerful, legally purchased gun with an awful lot of legally purchased ammunition -- in the most dangerous of hands. This poses one of the biggest questions facing us as a society, as a community: How do we balance our personal desire for protection, our personal right to bear arms, with everyone else's right to life?

If something good comes from this latest gun massacre, it would be that we reexamine the ease with which we put deadly firepower into people's hands.

Until then, I will continue quizzing people about the weapons they own when I drop my kid off to spend time at their home. Embarrassing my kid is a small price to pay for his safety.