Giffords taken off ventilator, breathing on her own 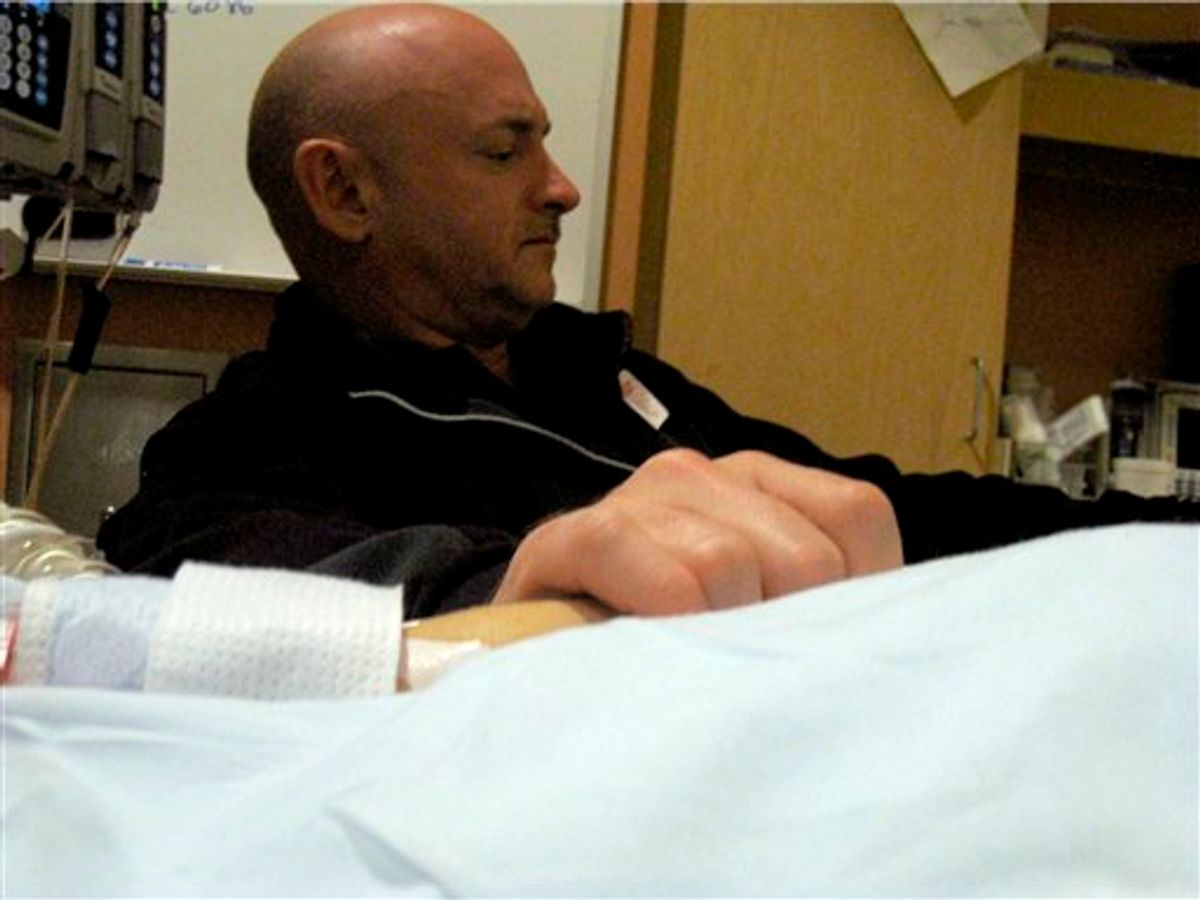 Rep. Gabrielle Giffords no longer needs a ventilator after doctors replaced her breathing tube with a different one.

Hospital officials say that Giffords underwent a procedure Saturday morning to have a tracheotomy tube inserted in her windpipe to protect her airways, freeing her from the ventilator. She had been breathing on her own since she was shot in the head Jan. 8, but doctors had left the tube in as a precaution.

Doctors also inserted a feeding tube to provide nutrition. These procedures are not out of the ordinary for brain-injured patients.

Giffords, who was wounded in last weekend's attack that killed six people, remains in critical condition.

Her husband, astronaut Mark Kelly, has remained by her bedside.

One patient was discharged Saturday while two others remain in good condition.