"The Anatomy of Ghosts": Death at Cambridge 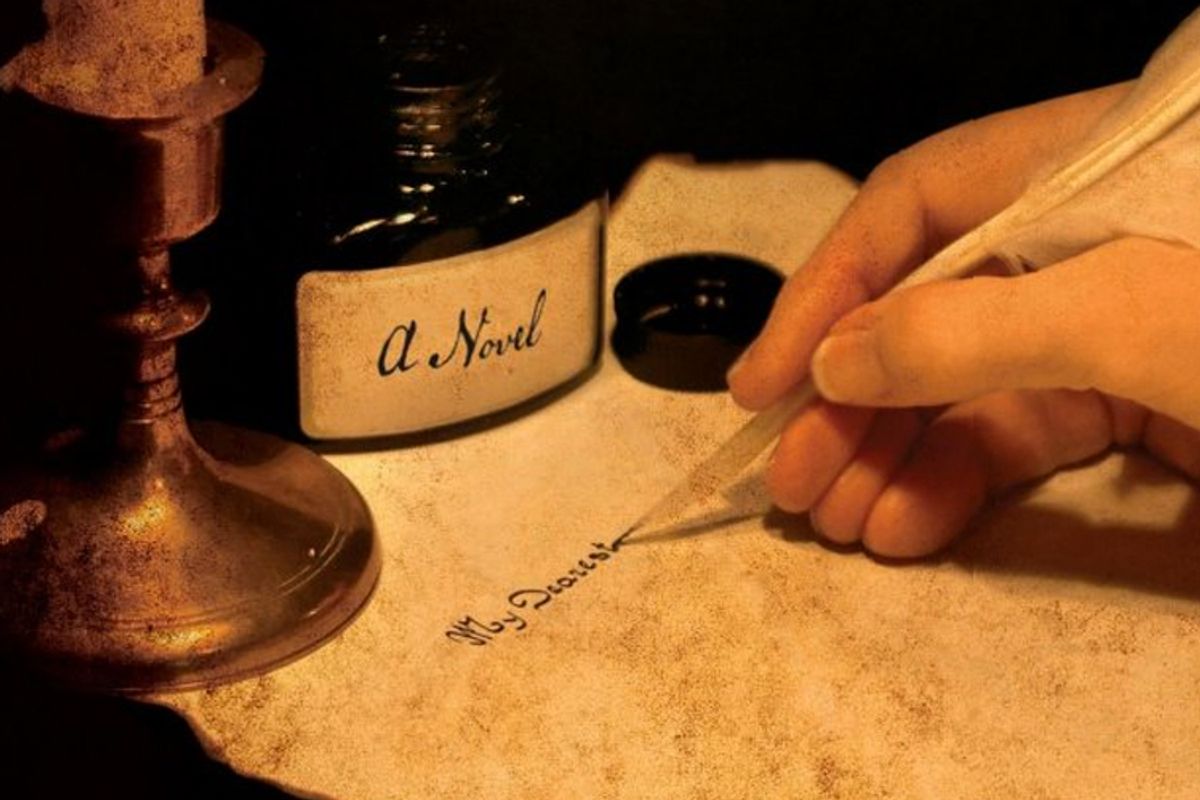 A detail from the cover of "The Anatomy of Ghosts."
--

Anyone who has ever visited the two great university towns of Britain, Oxford and Cambridge, knows what it's like to catch a glimpse of velvety green grass and Gothic arcades through a college's front gates and imagine the sanctum devoted to learning and contemplation sheltered within. Well, maybe you're better off sticking with the imaginary version, because by all accounts the Oxbridge colleges are just as riven by infighting and intrigues as any other small, insular group. "The place was a trap," thinks the hero of Andrew Taylor's "The Anatomy of Ghosts," in reference to the (fictional) Jerusalem College at Cambridge, "and animals caught in traps cannot escape one another."

This man, John Holdsworth, is the author of a skeptical text titled "The Anatomy of Ghosts," and on the strength of that work is hired by a rich and titled lady to disprove the existence of spirits to her addled son, a student at Jerusalem. The year is 1786. Holdsworth, a failed bookseller, wrote his treatise to denounce the spiritualist who preyed on his wife after the drowning of their young son. Now the wife, too, is dead, possibly a suicide but assuredly deranged by her grief. Holdsworth takes the job of un-deluding Lady Oldershaw's son because he simply can't think of what else to do with himself.

"The Anatomy of Ghosts" (though set during the summer) is a January sort of novel: sober and inclined to shed a wintery light on human folly. It's as if Henning Mankell decided to abandon his Kurt Wallender books and train his attention on 18th-century England for a change. Unlike most historical fiction set in this period, Taylor doesn't emulate the expansive style of the time or plump up his book with descriptions and characters in imitation of a Victorian novel. His dialogue is a very plausible adaptation of late 18th-century speech, but his narration and description are flinty and spare, just shy of hard-boiled. Here's an example:

The man nodded. They both looked at a youth sitting at a card table in the corner farthest from the door. He was concentrating on something in front of him. He did not look up. ... He was dressed plainly but well in black. Like many young men he wore his own hair.

Lines like that last one will occasionally give you a little jolt, a reminder that Holdsworth, like most of the other male characters, wears a powdered wig. Taylor's prose, however, is decidedly unpowdered and uncurled, and as the novel's solid mystery plot unfolds, he offers a similarly unvarnished view of 18th-century life. This isn't the theme-park depiction of the past so many historical novelists resort to, all lace cravats, quill pens and buckle shoes. One of Taylor's key supporting characters is the nightsoil man, and the queasy facts of life before indoor plumbing -- from sloshing chamber pots to four-seater outhouses -- make themselves evident at frequent intervals. At one point, Holdsworth marvels that another character retains all of his teeth.

Frank Oldershaw, Holdsworth's "patient," believes that he's seen the ghost of a woman who died the night he was initiated into a secret men's club affiliated with the college, one of the rowdy, blasphemous "hellfire" outfits of the time. (These frattish confederations have been both glamorized and sensationalized over the years, but Taylor portrays the Holy Ghost Club as simultaneously wicked, sordid and pathetic.) Since Holdsworth has also agreed to help catalog the college's library, he is instantly plunged into a rats' nest of competing agendas and schemes. Every character in "The Anatomy of Ghosts" is holding at least one piece of dangerous information against someone else, maneuvering for position or simple security in a social order notable for its lack of mercy, let alone a safety net. The court of the Borgias had nothing on Jerusalem College.

Parts of "The Anatomy of Ghosts" are narrated from the perspective of servants -- treated with appalling expedience by their masters. Others are told from the point of view of Elinor Carbury, wife of the master of Jerusalem, who is suddenly teetering on the brink of poverty when her husband becomes terminally ill. Like Holdsworth, she has a slightly priggish middle-class moral backbone, which makes them both harbingers of the Victorian era, in contrast to the decadent aristocrats among the college's more privileged students. In fact, Jerusalem is a veritable microcosm of the England outside its walls.

What exactly happened on the night of Frank Oldershaw's induction into the Holy Ghost Club is perhaps less fascinating than everything else we learn in the process of finding it out. Suffice to say that the truth reflects the ambiguities of Holdsworth's world, on the cusp between the old social order and its successor. In a way, several of the characters in "The Anatomy of Ghosts" are already ghosts and have yet to realize it. Taylor's novel is an unsentimental reminder of why some deaths are not worth mourning.