Teresa Scanlan, the 17 year-old Miss Nebraska, will wear the crown in 2011 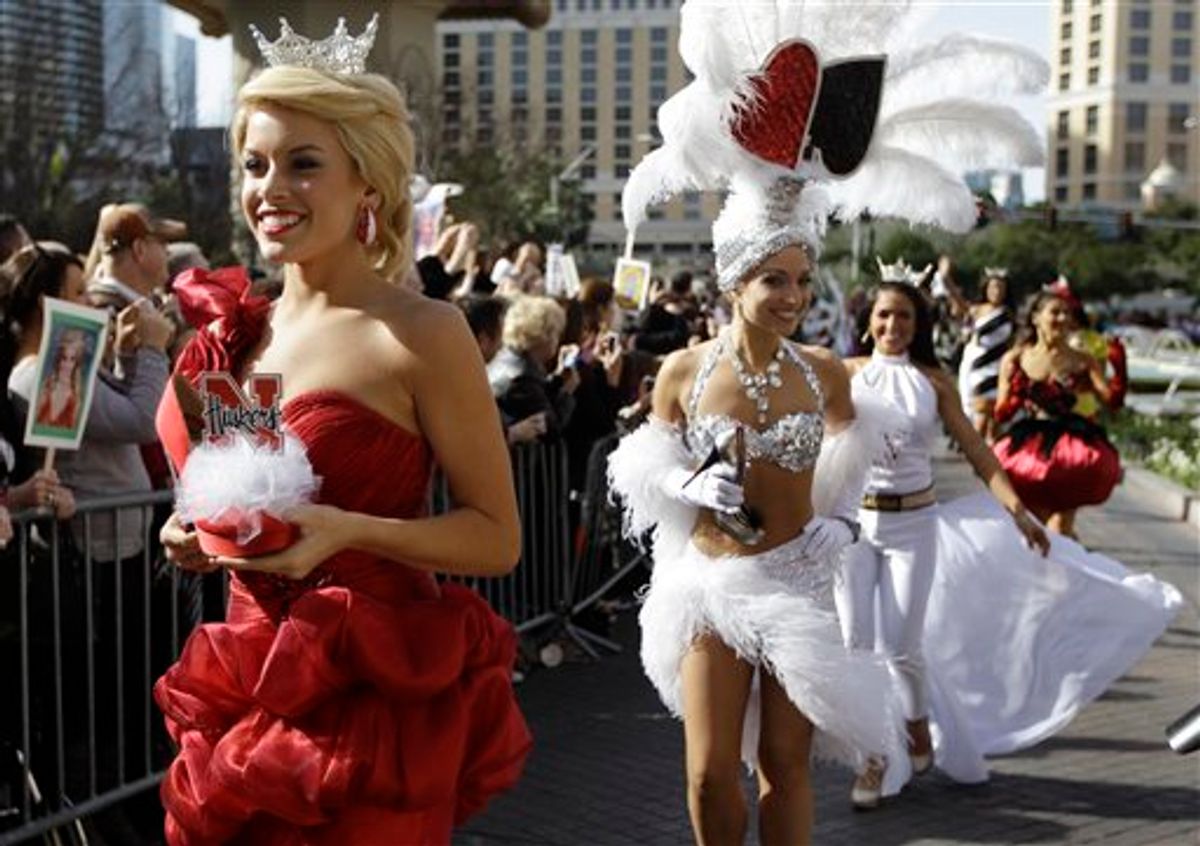 A 17-year-old from Nebraska became the youngest winner of the Miss America crown in 90 years on Saturday after beating 52 other young women from across the United States.

Teresa Scanlan won a $50,000 scholarship and a yearlong run with the crown at the competition at the Planet Hollywood casino-resort in Las Vegas, giving the Cornhusker State its first-ever win at the pageant.

She was the youngest Miss America since the pageant's first competition in 1921, when Margaret Gorman of the District of Columbia won at age 15.

Scanlan, a recent high school graduate from the western Nebraska town of Gering, planned to study American politics at Patrick Henry College in Virginia after her reign as Miss America.

She also hoped to attend law school, become a judge and eventually a politician, according to her pageant biography.

Scanlan won after strutting in a black bikini and a white evening gown, playing "White Water Chopped Sticks" on piano and telling the audience that when it comes to the website Wikileaks, security should come before public access to government information.

"You know when it came to that situation, it was actually based on espionage, and when it comes to the security of our nation, we have to focus on security first and then people's right to know, because it's so important that everybody who's in our borders is safe and so we can't let things like that happen, and they must be handled properly," she said.

The contestants -- from every state plus the District of Columbia, the Virgin Islands and Puerto Rico -- started the show by dancing up the aisles while wearing silver cocktail dresses.

A panel of seven judges eyed them for looks and fitness. The competition included evening gown, talent and interview portions, with eliminations for 15 finalists, then 12, then 10, five and finally the winner along the way.

And in a first-ever twist for the contest, the young women picked two finalists themselves, Miss Kentucky Djuan Trent and Miss Oregon Stephenie Denise Steers.

In her introduction to the audience, Bulkley dedicated her performance to U.S. Rep. Gabrielle Giffords, who was shot in the head last week in Tucson. Bulkley called Giffords her mentor.

The pageant celebrated its 90th anniversary this year.