Coburn, Schumer, to sit together

Per the Giffords shooting, Republican and Democrat senators agree on State of the Union unity display 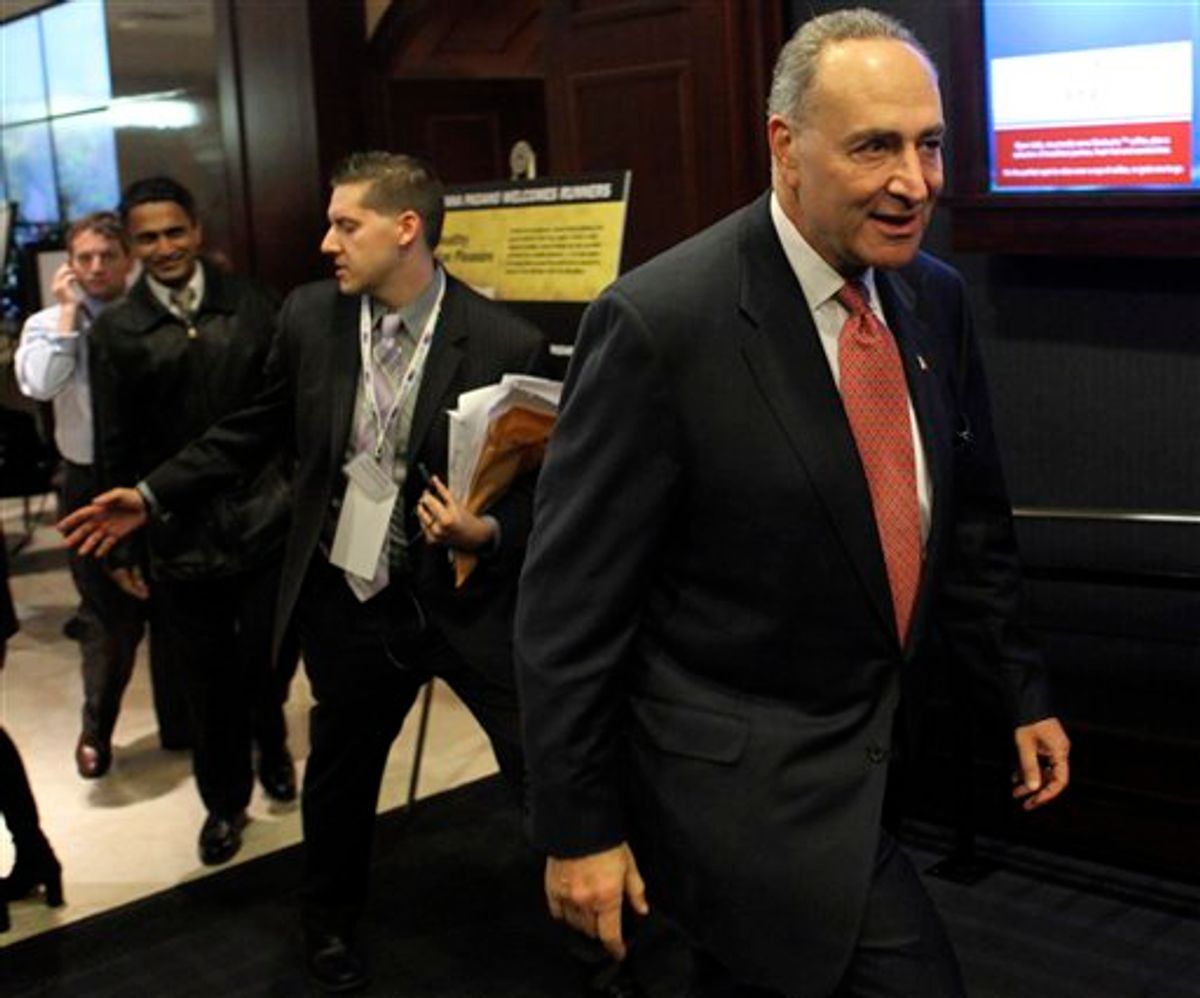 The decision by Republican Tom Coburn of Oklahoma and Democrat Chuck Schumer of New York comes amid calls for greater civility in political discourse following the fatal shootings last weekend at a political event in Tucson, Ariz.

Schumer says he and Coburn hope other lawmakers will follow their example and skip the partisan seating arrangements that usually come with joint sessions of Congress. Schumer says it's a symbolic move but one he hopes will help set a more civil tone.

The State of the Union address is set for Jan. 25.

Coburn and Schumer spoke Sunday on NBC's "Meet the Press."