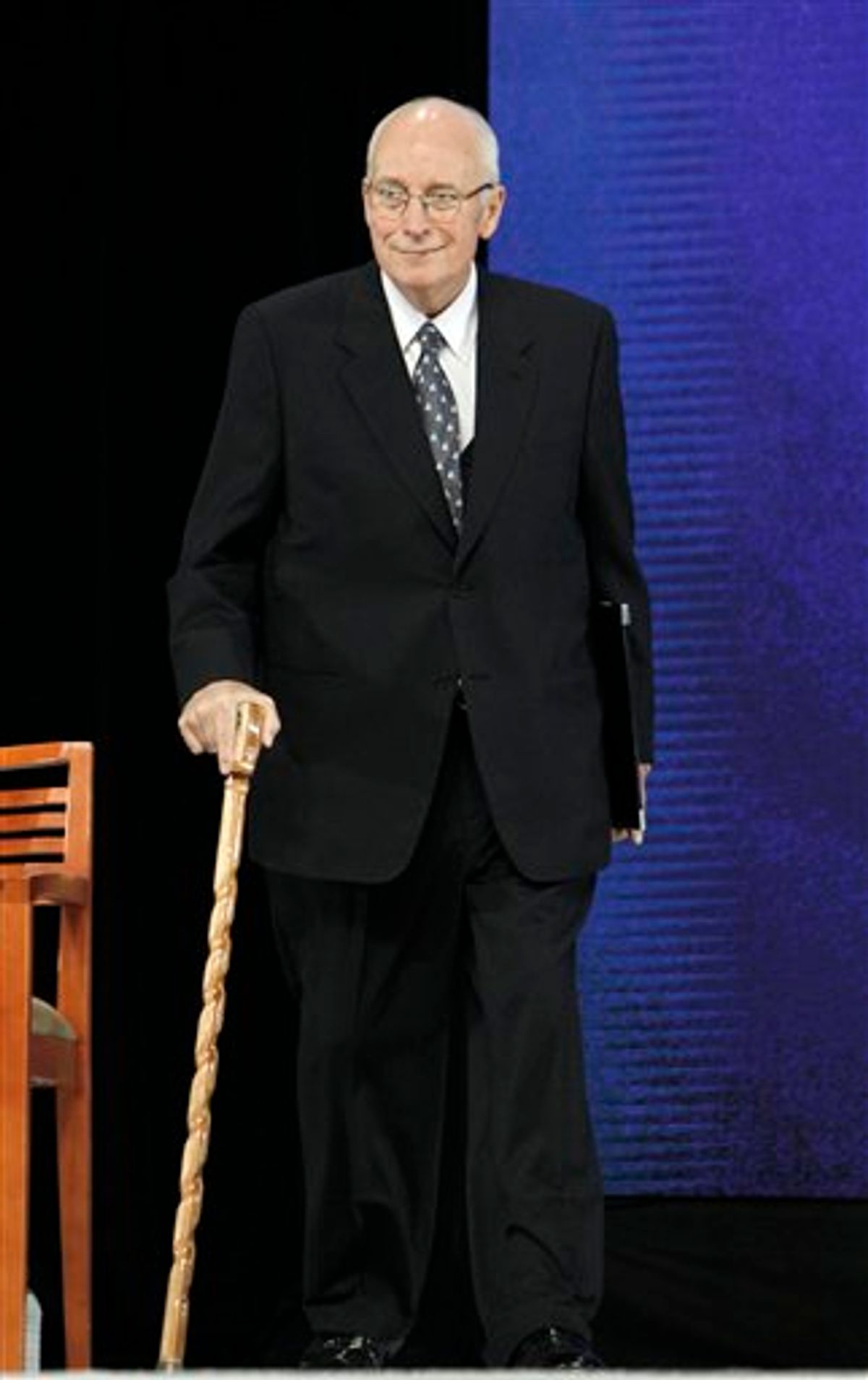 In May 2009, just a few months into the Obama administration, President Obama and former Vice President Dick Cheney gave dueling speeches on national security in Washington, with Cheney accusing the president of making Americans less safe.

20 months later, Guantanamo is still open, the CIA agents accused of Bush-era torture are still free, and Obama is conducting covert air wars in at least two countries. And an ailing Cheney has now changed his tune and is actually praising Obama on foreign and national security policy.

An interview that will air tomorrow morning on NBC would have been unthinkable in 2009, when Cheney was Obama's chief antagonist. Excerpts released by NBC show a remarkable shift. Here's Cheney on Gitmo and CIA torture:

He obviously has been through the fires of becoming President and having to make decisions and live with the consequences. And it's different than being a candidate. When he was candidate he was all for closing Gitmo. He was very critical of what we'd done on the counterterrorism area to protect America from further attack and so forth.

I think he's learned that he's not going to be able to close Guantanamo. That it's-- if you didn't have it you'd have to create one like that. You've got to have some place to put terrorists who are combatants who are bound and determined to try to kill Americans.

I think he's-- in terms of a lot of the terrorism policies-- the early talk, for example, about prosecuting people in the CIA who've been carrying out our policies-- all of that's fallen by the wayside. I think he's learned that what we did was far more appropriate than he ever gave us credit for while he was a candidate. So I think he's learned from experience. And part of that experience was the Democrats having a terrible showing last election.

And here he is on counterterrorism and drones:

As I say, I think he's found it necessary to be more sympathetic to the kinds of things we did. They've gotten active, for example, with the drone program, using Predator and the Reaper to launch strikes against identified terrorist targets in the various places in the world.

Back when Cheney was a leading critic of the administration, he was given endless exposure by the media. It will be interesting to see whether his new statements get similarly prominent play in the news.

Arguably the bigger story, though, is the gradual alignment of Obama's foreign policy worldview with Cheney's. It's not Cheney who has moved. That's a state of affairs that bears further inspection.