Starbucks announces the Trenta, their largest size ever 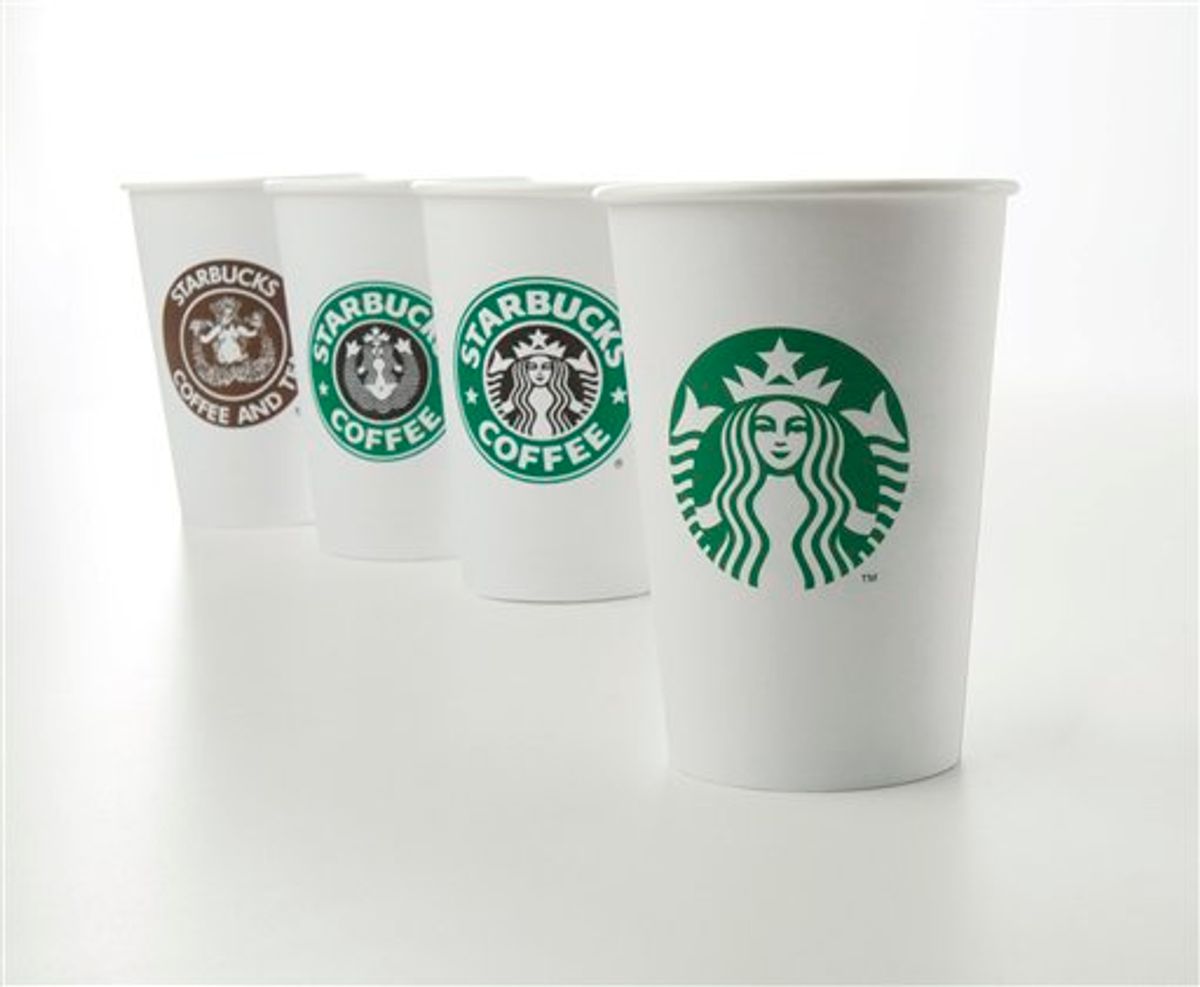 In this undated product image provided by Starbucks, the company's new 40-year anniversary logo is seen on a cup at right. Other cups bearing the company's logo from over the years, from left, 1971, 1987, and 1992, are also shown. (AP Photo/Starbucks) NO SALES (AP)
--

The Seattle-bassed coffee company announced today that it would offer a new size of coffee in the spring: Trenta. Clocking in at a thirst-quenching 31-ounces, the Trenta will be available only for iced beverages and -- with the exception of McDonalds' 32-ounce cup -- may be the largest size of coffee offered by a national chain.

The announcement comes on the heels of other major changes for Starbucks Corp. Last Wednesday the company unveiled a new and improved logo, on its fourth since the Starbucks' founding in 1971. Dropping the words "Starbucks Coffee from the logo" and displaying more prominently the iconic siren, the redesign carries bigger implications for the company's future.

Starbucks says the changes amount to more than nips and tucks to its favorite lady. The fresh look goes with a new direction for the company as it makes its way back from its toughest times in its 40-year history…

Starbucks leaders say the changes to the logo are in some ways a metaphor for the company dropping the boundaries of its own business and growing into new areas. Marketing experts agree.

Ahh, the good ol' frontier mentality of major Americans corporations. For the patriotic coffee addicts out there, newer and bigger must be a good thing.

Our hearts are racing already in anticipation of Starbucks' next newest caffeine injection product.