Tired of the health risks, I'm giving up the locks that defined me. Who knew how hard it would be? 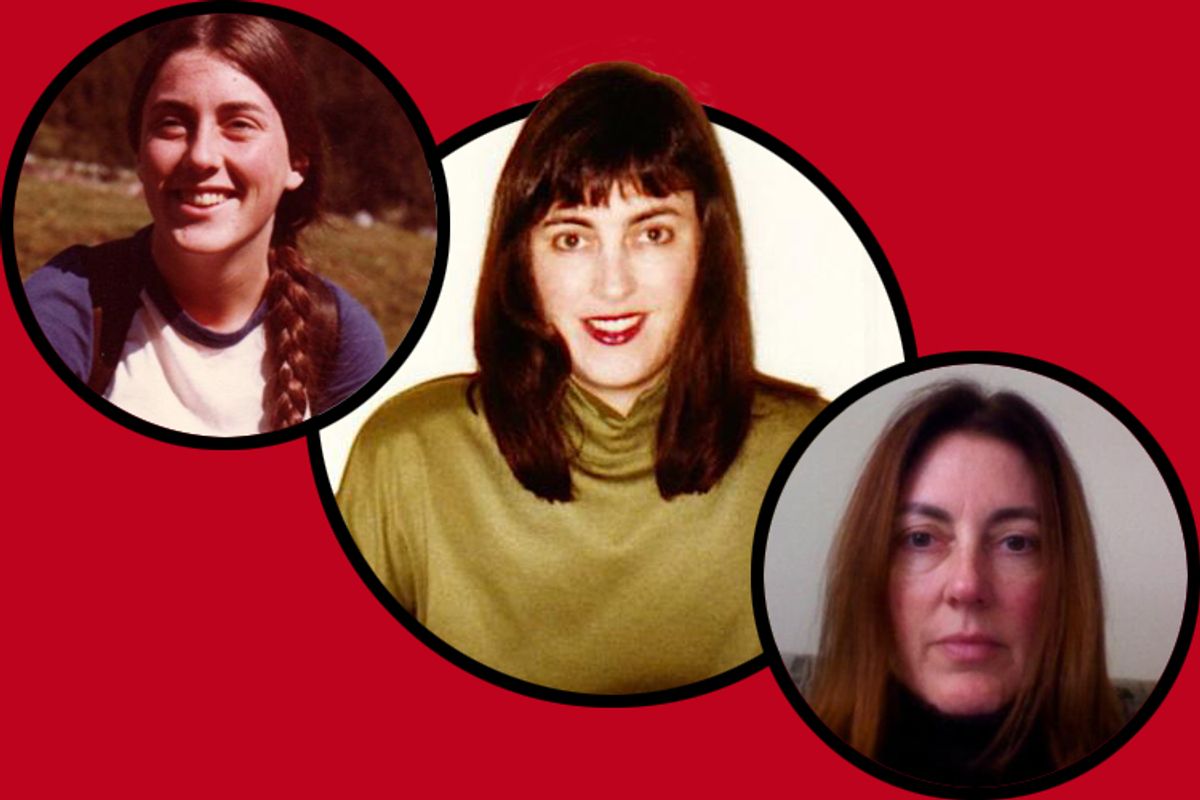 In Nicole Holofcener's recent film, "Please Give," a middle-aged woman acidly characterizes her grandmother's hair color as being "stuck in a shade of menopausal red." As a woman on the verge of menopause whose hair has been getting redder by the year, I would have felt stung by this line -- except that by the time I heard it, I'd already decided to make 2011 the year I finally go gray.

That scathing assessment underlined one more reason to go through with my Hairy New Year's resolution. Just the week before I heard it, I'd looked in the mirror and seen a faint but uncomfortable echo of my mother's face when she was my age, with her hair dyed a harsh reddish-brown that didn't flatter the pale Irish skin that I've inherited from her. When my sister came to visit at Thanksgiving, her reaction to my decision suggested she was seeing the same thing, as she immediately recalled how much more attractive Mom had looked once she ditched the Clairol.

Even my long-time colorist, whom I'd dreaded breaking the news to, was warmly supportive, saying she thought that my real silver-gray color (which she and I glimpse each month before she covers it) would look "very pretty." No small concession given she's going to lose a significant monthly fee once she's finished helping me through what I'm calling "my transition."

No doubt some eavesdroppers will think that means I'm having a gender change, and frankly, it feels a bit like that. I worry that I will feel unsexed, unfeminine -- OK, I admit it, just plain old -- once I've traded my falsely red-brown locks for a naturally silver-gray pelt. Part of the problem is that I have to make a leap of faith. I can hope that I'll end up looking like Emmy Lou Harris, but the reality will in fact be far less stunning. Every time I've pondered making this change in the past decade, I've wished there were some magical device that could show what I'll look like when the real me is revealed at last. But I still have no idea what I'll look like with a full head of platinum.

The answer to that question is still a ways off since, other than shaving your head, there is no quick and easy way to go gray. My colorist will start things off in a few weeks by shifting me from red-brown to a pseudo-salt and pepper look, with a dark brown base and slender blonde highlights. Then month by month, she'll add and subtract with increasing restraint in order to let my natural color slowly take over. As skillful as she is, and as preferable as this approach is to the hideous two-tone method of growing gray out cold turkey, I know that at times this transformation will feel as awkward as going through puberty.

So why the heck am I putting myself through this, especially since my hair color fools people into thinking I'm several years younger than I really am?

That's the question I've had from several women, who have visibly cringed at the idea of the coloring bottle being pulled away from anything other than their cold dead hands. But it's precisely cold, dead hands that worry me. Yes, the research is mostly only suggestive that hair coloring products are bad for your health, but the fact is that they are full of nasty chemicals that I otherwise avoid putting into or onto my body. So how can I justify soaking my scalp with them every four weeks, year after year?

And those years do add up. I started going gray in my 20s, and have been coloring my hair for a quarter of a century. Going by one rule of thumb -- not to use permanent hair color for more than 10 years -- my crystal has already gone dark. Especially since dark is what I've been making myself -- marinating my noggin in the shades that contain the most potentially harmful dyes.

Despite the health concerns and the hassle and cost of monthly hair appointments, the decision to become what I can't help but think of as a "grayhairedoldwoman" (as if it were all one thing) is not easy for someone whose tresses have always been her literal and not just her proverbial glory.

When I was young, my hair got so much attention that I actually found it annoying. Even in the hair-glorious days of the70s when almost every girl -- and many boys -- had cascades flowing down their backs, mine was singled out for its length, thickness and gleaming brown beauty. Everyone wanted to touch it, and many people did so without asking, stroking me as if I were a cat with particularly silky fur. Even strangers who saw me in public felt they had the right to fondle it, making me wonder more than once if "hair molestation" was a crime.

As is the way of youth, I didn't appreciate what I had, accepting the bounty that nature had awarded me as merely my due. When I began to go gray in my 20s, I had intimations of mortality, but coloring quickly covered up this uncomfortable reality, and I continued to take my still-luxurious locks for granted. It was only in my 40s, when a hair stylist made a throwaway comment about the thinning at my temples, that I shook myself awake and realized that my crown wasn't nearly as glorious as it once had been. While I'd been sleeping, age and hormones had been busy in the hidden places, reducing the follicular surplus I'd always taken for granted. I'd had hair to spare my entire life, but to my shock I realized that it had dwindled to just enough.

And, horror of horrors, was it going to get worse? Was I going to end up one of those old women I'd always secretly pitied, desperately trying to coax thin strands into covering her scalp? For several years, I anxiously watched both my hairbrush and temples, but detected no further losses.

So, with my hirsute stores in a holding pattern, I've decided to end their chemical dependency before more damage might be done. Within a year and a half, I'll be off the bottle -- the coloring bottle, that is.

And if at some future date someone wants to stroke my lovely silver hair -- well, I just might let 'em.