Why the next presidential race just got even more important 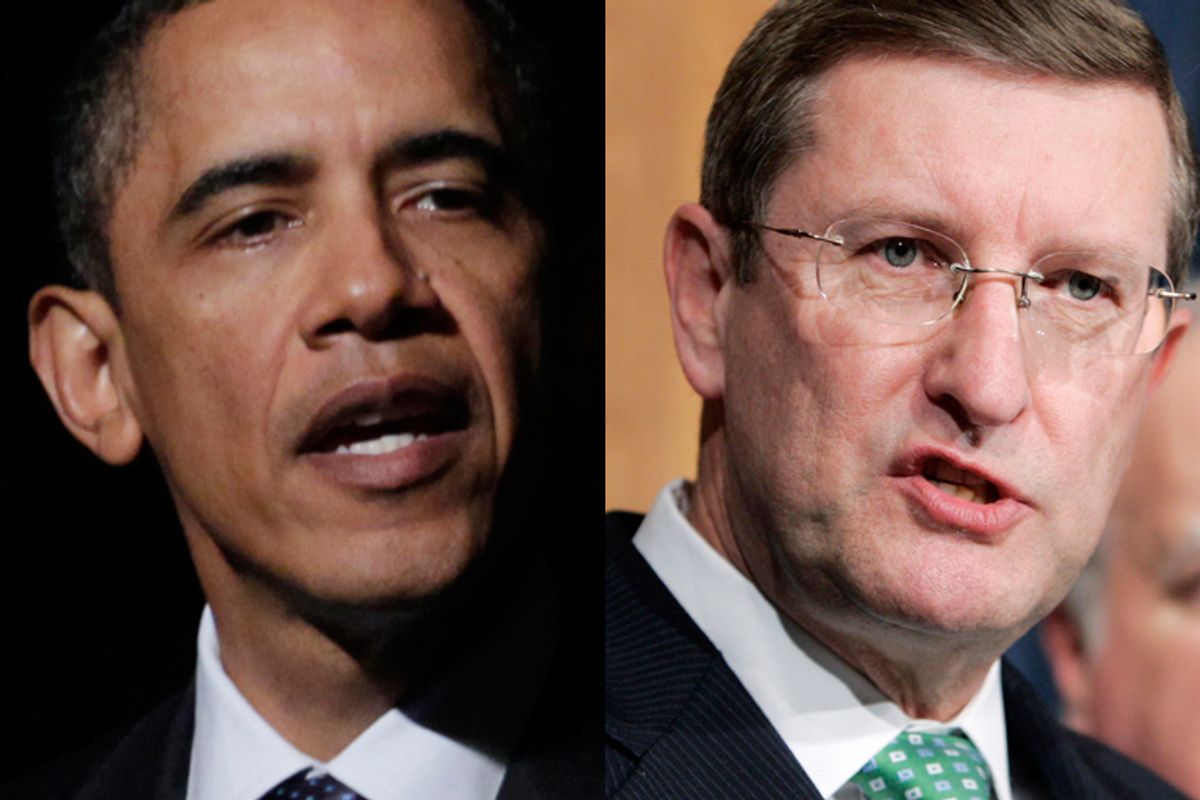 The last time Kent Conrad, the North Dakota Democrat who announced in an email today that he won't seek reelection to the Senate in 2010, tried to walk away from the world's most exclusive club, it didn't quite take.

Back in 1992, at the end of his first term, Conrad announced Senate retirement, citing a 1986 campaign pledge to leave Washington if the budget deficit increased during his term. Byron Dorgan, the Democrat who had held North Dakota's lone House seat for the previous dozen years, jumped into the race to succeed Conrad and won the Democratic nomination. Around that time, though, Conrad's fellow senator, 84-year-old Quentin Burdick, dropped dead. Democrats recruited Conrad, his image burnished by his willingness to stick to such a dramatic campaign promise, into the special election to fill Burdick's seat and Conrad won with ease (and won three subsequent reelection campaigns, all by at least 16 points).

But, as we've seen in other red states, the Obama presidency has changed North Dakota politics, endangering even long-serving Democrats who had seemed safely entrenched just two years ago. This is why Dorgan, his poll numbers destroyed almost overnight by Obama's inauguration, declined to seek a fourth term last year; his seat was instead won in a landslide by Republican Gov. John Hoeven. And it's why Earl Pomeroy, elected back in '92 to succeed Dorgan in the House, fell short in his reelection effort last fall, after years of holding his seat with ease. And it's almost certainly why Conrad is once again making plans to leave the Senate -- and why this time, his retirement will stick.

The immediate consequence of his decision is, almost certainly, to hand the Republicans their easiest Senate pick-up of 2012. It's unclear whom the Republicans will nominate, but it probably doesn't matter; Democrats will probably be doing well if they manage to improve on the 22 percent that Tracy Potter netted in her his(!) sacrificial lamb campaign against Hoeven last year.

Thus, the departure of Conrad, the Democrats' last best chance of holding a Senate seat in North Dakota in '12, makes a Republican takeover of the Senate in the next election even more likely. Already, the numbers favor the GOP: Thanks to banner cycles for Democrats in 2000 and 2006, the '12 class will feature 23 Democratic-held seats, compared to ten GOP-held. And several of those Democratic seats are in red states like North Dakota -- think Ben Nelson in Nebraska and Jon Tester in Montana. And plenty of them are in swing states that could easily elect a Republican -- think Jim Webb in Virginia. To take back the Senate, the GOP will need to gain just four seats -- three if their candidate wins the presidency.

In this sense, Conrad's retirement heightens the stakes of the 2012 presidential race. With the GOP's House majority likely intact (even a solid Obama win in '12 may not have significant House coattails; remember Nixon '72 and Reagan '84?) and a Republican Senate takeover increasingly likely, the White House is beginning to loom as the Democrats' last line of defense against a renewed Republican monopoly in Washington.

Another consequence worth noting: If the Democrats do lose their majority, it figures to create a logical end point for Harry Reid's reign as Democratic leader. By '12, Reid will be 73 and will have been the party's leader for 8 years; with Chuck Schumer -- who has seemingly marginalized rival Dick Durbin within the Democratic leadership -- waiting in the wings, '12 could be the natural time for a hand-off.