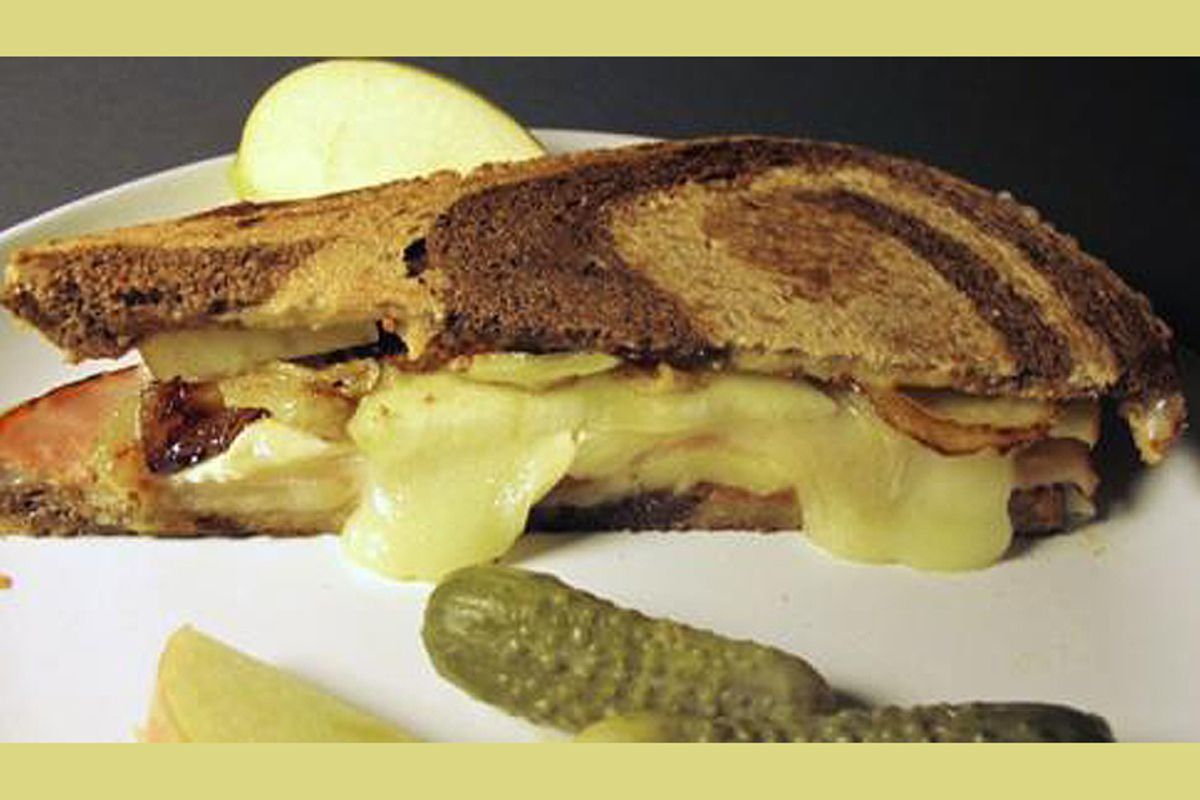 Every kid knows the ingredients for a classic grilled cheese: Kraft singles, white bread and a few generous spritzes of Pam. A solid staple of diner counter patrons, picnic-goers and the 12-and-under set nationwide. A simple sandwich, it oozes reliability and comfort with every bite.

This kid, however, had no such luck growing up. Sure, there may have been a stray grilled cheese at a friend's house or some mozzarella melted in a pita with ketchup (just like pizza!) at home, but nothing like the golden orange icon known and worshiped fervently by my fellow cafeteria mates.

My dad was a deli man. He grew up working in his family's delicatessen from a tender young age (read: in violation of all modern child labor laws). In short, my dad knows his lunch meat. At the time when I was in my grilled cheese formative years, say 5 to 12, my dad owned two grocery stores, both equipped with full-service deli counters. A fact, which I now realize, that probably played a subversive role in my demise as a committed vegetarian (as well as my love of all things brined and cured), but that is a story for another time.

Needless to say there were no Lunchables in this girl's brown bag. Instead, on the good days, I might get a thinly sliced corned beef sandwich (my favorite), a few pieces of brisket, or a pork chop (with a snack size Mott's applesauce). On the bad days, the butt end of an old roast, some gristle with an apple, or an unidentifiable piece of something I still don't know. Sometimes the meat was old, a fact that was never considered a problem. My dad would instruct: "Brush off the mold, it will be fine ... see, good as new. That's what my mother, your grandmother [he'd clarify, in case I wasn't sure], told me." Taking it one step further, he once declared, "A little mold is good for you." I'll stop there, you get the (hairy, blue/green) picture.

Still, the VIP deli access made me a pretty entitled kid for awhile. "What do you mean you only have bologna? I want roast beef!" I'd cry. I knew enough to know when the good stuff was being withheld. My dad mocked exasperation but I knew he was secretly proud because I was just like him. I won't say grilled cheese was beneath me but, well, if you could have a hot pastrami hero on fresh bread delivered that morning, would you still want a lifeless grilled cheese?

Living on my own took me down a few notches. I learned to love the cheap thrills of processed cheese on the Foreman grill and quesadillas made in my tiny apartment broiler -- gateway drugs to the more sophisticated cheese and carb combinations of my future. And just as I had gotten back to a place of total snobbish dismissal of the bolognas of the world, along came my instant-potato-loving, high-fructose-syrup-drinking, Taco Bell-value meal-aficionado husband. Who, unlike me, grew up eating and loving the traditional grilled cheese. He is an unabashed fan of the Kraft single.

But I couldn't leave it just at the basics. I love this gussied-up version because it hits all the right spots -- rich (and oozy), salty/sweet from the ham, a little crunch from the apple, sweetness from the jam, (which is like a tropical quince paste), a tiny bit of heat and texture from the mixture of mustards.