GOP will defund healthcare bill, get around to "replacing" it never 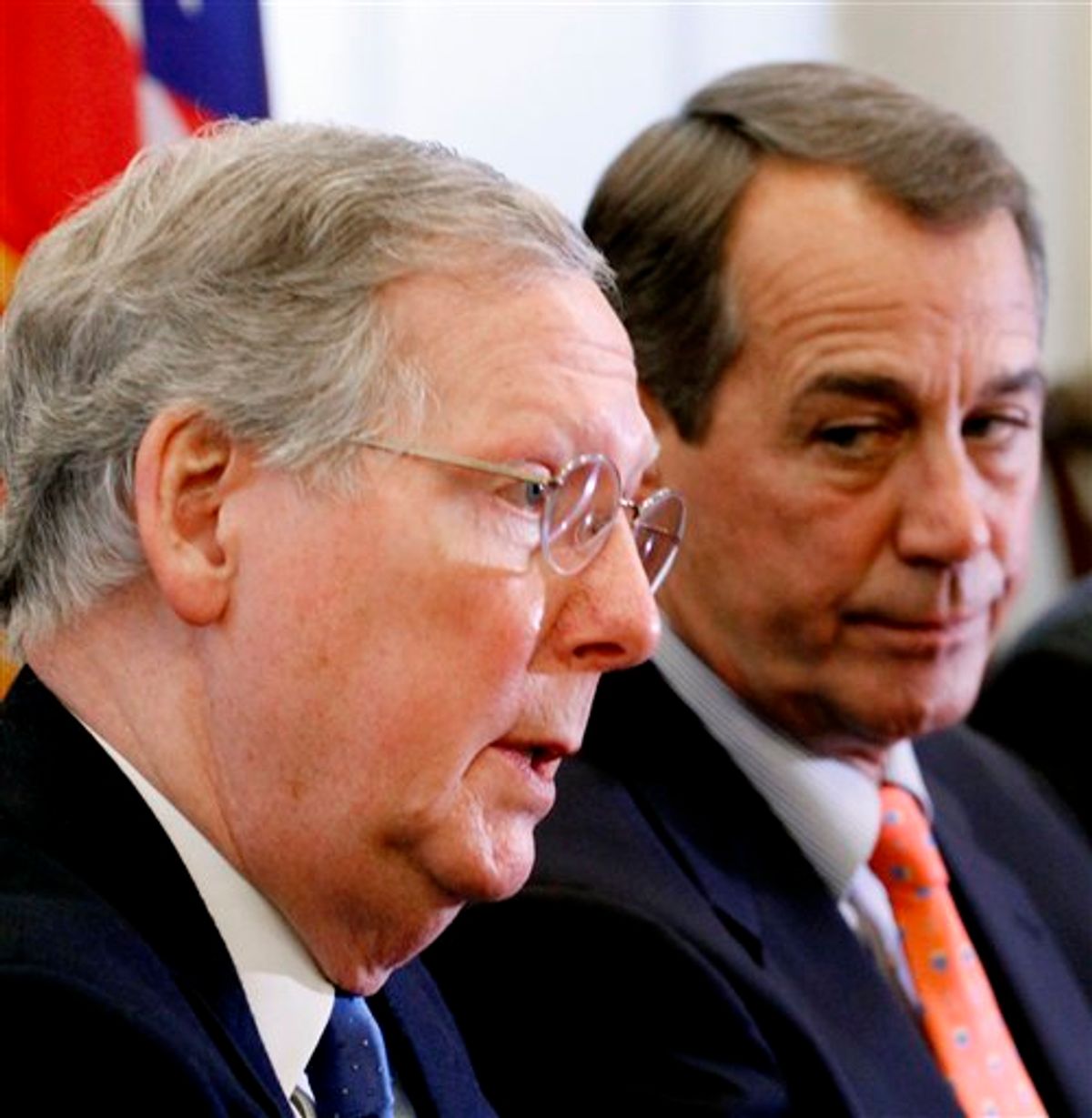 Congressional Republicans are excited for the opportunity to repeatedly cast symbolic votes to "repeal" the healthcare reform bill passed by Democrats last year. The first such vote will happen Wednesday in the House, and while it won't undo the Patient Protection and Affordable Care Act, it will make all the Republicans feel really good about themselves. Then, as Politico explains today, they'll get around to messing with the bill piece by piece.

They will cast votes against the unpopular individual mandate, obviously. They will "haul administration officials before their panels, pressing for answers to questions that they feel have been ignored." The proposal to kill the individual mandate is the only serious part of the GOP repeal plan that has a chance at success, but they have a much more obvious weapon against the entire concept of universal coverage: They just won't fund it.

Don't appropriate any money to do the things the bill is supposed to do. The Department of Health and Human Services will simply not receive the money it needs to implement the healthcare act. (This is also the plan to deal with the financial reform bill.)

But don't worry: The Republicans are totally hard at work on their own healthcare reform bill, to replace the hated Obamacare. They will finish crafting their own plan any day now, right?

Republicans insist they’re interested in more than just repealing the law and reverting to the status quo.

So on Wednesday, the House will also approve a resolution ordering four relevant committees to draw up alternative health care proposals.

But the leadership isn’t giving them a deadline. The open-ended process suggests Republicans won’t be rushing to push their own vision of health care through the House anytime soon.

Four congressional committees will draw up alternate proposals, with no deadline. That is definitely proof that the GOP is totally serious about the broad goal of extending healthcare coverage to all Americans. Douglas Holtz-Eakin is 100 percent correct that there was "bipartisan agreement that health-care reform was needed" and that's why House Republicans are treating the "replace" part of "repeal and replace" so seriously. They know how much Americans love big, complicated, partisan pieces of legislation.