26 states to be part of Obama health care lawsuit 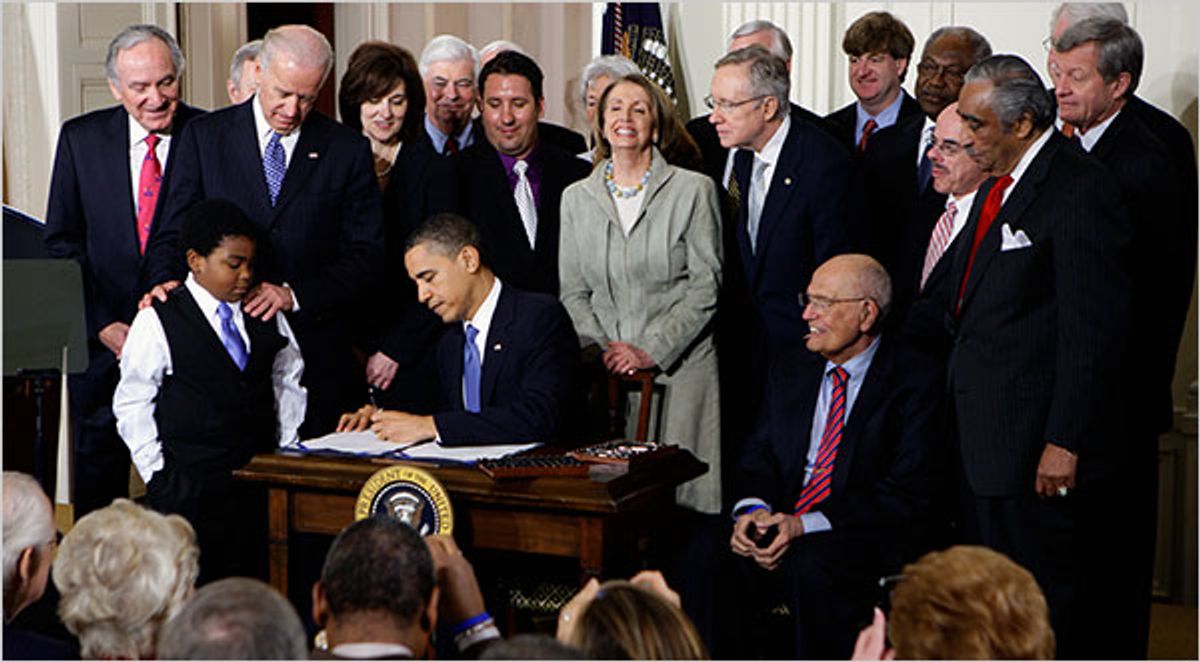 Six more states said Tuesday they would join a lawsuit in Florida against President Obama's health care overhaul, meaning more than half of the country will challenge the law.

The announcement was made as House members in Washington, led by Republicans, debated whether to repeal the law.

"It sends a strong message that more than half of the states consider the health care law unconstitutional and are willing to fight it in court," she said in a statement.

The states claim the health care law is unconstitutional and violates people's rights by forcing them to buy health insurance by 2014 or face penalties.

Government attorneys have said the states do not have standing to challenge the law and want the case dismissed.

Lawsuits have been filed elsewhere. A federal judge in Virginia ruled in December that the insurance-purchase mandate was unconstitutional, though two other federal judges have upheld the requirement. It's expected the Supreme Court will ultimately have to resolve the issue.

Meanwhile, the White House dismissed an expected vote on repealing the law, saying the Republicans' push was not a serious legislative effort. Democrats have a majority in the Senate and they have said they will block repeal in that chamber.

In the Florida case, the states also argue the federal government is violating the Constitution by forcing a mandate on the states without providing money to pay for it. They say the new law gives the state's the impossible choice of accepting the new costs or forfeiting federal Medicaid funding.

Florida U.S. District Judge Roger Vinson could rule later this month whether he will grant a summary judgment in favor of the states or the Obama administration without a trial.

Joining the coalition in the Florida case were: Iowa, Kansas, Maine, Ohio, Wisconsin and Wyoming.