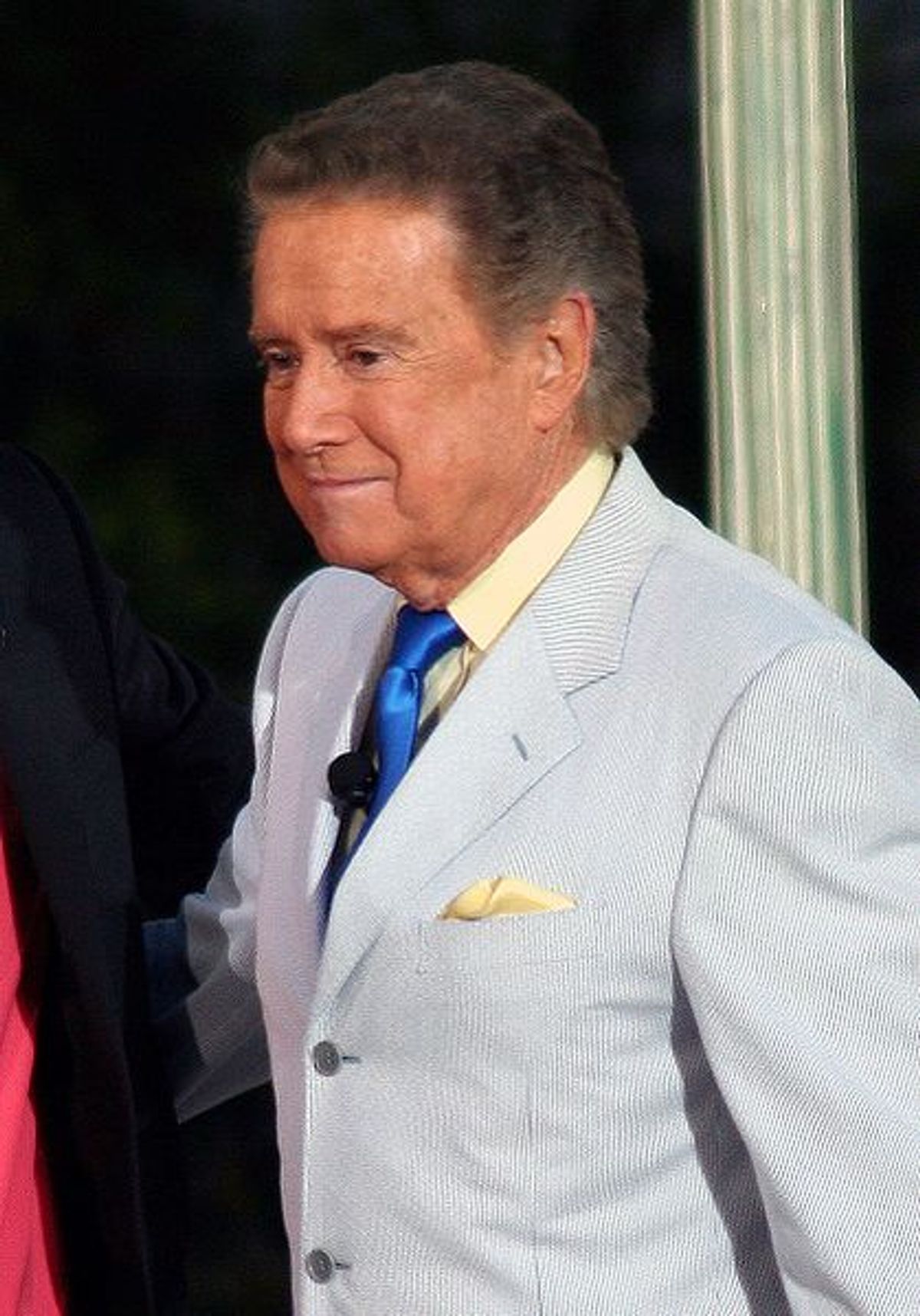 For such a famously excitable guy, Regis Philbin made his big announcement with surprising calm: He's retiring from his show.

Philbin delivered the news at the start of Tuesday morning's "Live With Regis and Kelly," which he has hosted for more than a quarter-century, most recently sharing hosting duties with Kelly Ripa.

He said he would be stepping down from the show around the end of the summer, though he didn't specify a departure date.

"I don't want to alarm anybody," he began, then said, "This will be my last year on the show."

His brief remarks came during the show's off-the-cuff "host chat," after he and Ripa had batted the breeze about the Golden Globes, football and the icy weather outside.

"It's been a long time, it's been 28 years," Philbin said reflectively, speaking of his current Manhattan-based show. "It was the biggest thrill of my life to come back to New York, where I grew up as a kid watching TV in the early days, you know, never even dreaming that I would one day have the ability, or whatever it takes, to get in front of the camera and talk to it. ...

"There is a time that everything must come to an end for certain people on camera -- especially certain old people!" cracked Philbin, who turns 80 in August.

"I wish I could do something to make you change your mind," said Ripa.

The show's distributors, Disney-ABC Domestic Television, said in a statement the "Live" franchise will continue, adding that a new co-host will be named to join Ripa, who marks 10 years with the show next month.

But Philbin, referring to his time left on the show, assured viewers, "We'll have a lot of fun between now and then."

Philbin's leave-taking will happen not long after another giant of daytime TV, Oprah Winfrey, ends her syndicated show to concentrate on her new cable network. A Philbin contemporary in the broadcasting world, 77-year-old Larry King, retired from his prime-time CNN talk show last month. His successor, Piers Morgan, debuted Monday.

Since the 1950s, Philbin has been a TV fixture, though for years he worked mostly for local stations.

In 1967, he won national exposure as the announcer and sidekick on comic Joey Bishop's short-lived ABC late-night show.

Later on, Philbin became a star in local morning television -- first in Los Angeles, then, in 1983, in New York. In 1985, he teamed with Kathie Lee Johnson, a year before she married former football star Frank Gifford, and their show went into national syndication in 1988.

Philbin clicked with daytime audiences as a common man who loved to sound off about familiar frustrations, even as he lived a life rubbing elbows with fellow celebrities.

Gifford left the show in 2000. After a tryout period for a replacement, soap star Ripa ("All My Children") filled the slot.

One of daytime syndication's most enduring hits, "Live With Regis and Kelly" was seen by an average of 4 million viewers according to a recent Nielsen Co. report.

Typically the show airs live from its Manhattan studio at 9 a.m. Eastern time, though it is broadcast by some stations later in the day.

A decade ago, Philbin conquered prime time as host of "Who Wants to Be a Millionaire," which became a ratings phenomenon for ABC.

A three-time Emmy Award winner, Philbin was honored with a Lifetime Achievement Award from the National Academy of Television Arts & Sciences at the Daytime Emmy Awards in 2008.