The pub classic is creamy, rich, broiled and crisp. And as Scottish as Rabbit Buns 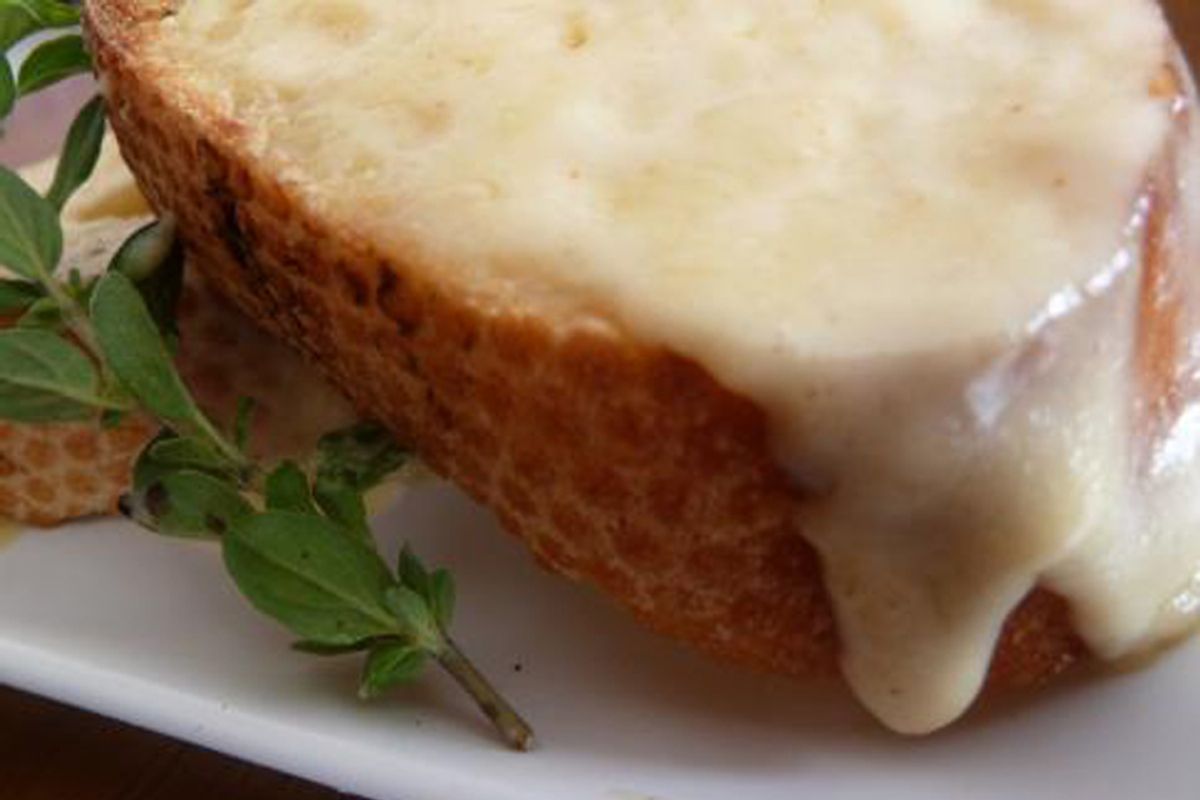 My hidden talent is the ability to understand all forms of foreign-accented English, perfected through years of international Thanksgiving potlucks. But, alas, I do have an Achilles' heel. It's the Scottish brogue. Don't you just love it? It's musical, cadenced. But you've got to admit, a challenge to understand. (Tell me: Why should Edinburgh be pronounced "Edinboro"?) I learned of my weakness when I was floored by my inability to understand the Scotsman I met in a backpackers' hostel in Aitutaki, Cook Islands. It was an international cast of characters with different accents to challenge me -- the locals, speaking in New Zealand accents; the Lyonnaise woman who proclaimed she did not have a French accent (but did); a young farming couple from the Devon countryside speaking in a West Country accent; and the Scot.

In these low-budget hostels in exotic locations, you can overlook the poorly functioning plumbing and the cockroaches if you focus instead on your fellow travelers, becoming fast friends while comparing travel notes over rounds of cheap, warm beer. I can't think of a more interesting way to learn about other people and cultures than in hearing these stories. That is, if you can understand them. The Frenchwoman had just finished telling a very long story about being chased by goats (or was it ghosts?) outside (and apparently it had happened to her elsewhere before). The Scot then chimed in with a story of his own. These conversations don't often take on a scholarly track, but somehow he started discussing literature. I just didn't know that was what he was talking about.

"Oh, I don't eat rabbit. I am mostly vegetarian," was my response.

"No, not rabbit. Rabbit Buns."

The rosy-cheeked English couple looked at me, smiling. They exchanged glances with the Frenchwoman, but she looked as perplexed as I did.

The Scot started repeating himself over and over, getting increasingly agitated and red in the face. "You really don't know about Rabbit Buns? Rabbit Buns. Rabbit Buns! Do you really not learn anything about literature in your American universities?"

If I had not been with a crowd of witnesses, and if it had not been so otherworldly beautiful outside, I would have been scared for my safety. The Scot was about to Blow His Top.

Finally, the English farmer woman rescued me. "Linda, he's talking about Robert Burns. You know, the Scottish poet?" (At least I could understand her accent.)

Well, why didn't he just say so?

Robert Burns wrote poems on many subjects, the most famous perhaps his "O, my Luve's like a red, red rose ..." He lyricized on food, too, including an ode to haggis, but no worries, I'm not cooking that here. Instead, this story reminded me of Welsh rabbit, sometimes spelled "rarebit," the British version of grilled cheese. It's not clear how its name came about. Like Robert Burns/Rabbit Buns, Welsh rabbit does not contain actual rabbit. The first recorded use of this name was in 1725. Theories abound as to its etymology. One proposes that it may be an ironic name coined in the days when the Welsh were notoriously poor: In England at that time rabbit was the poor man's meat, and in Wales the poor man's meat was cheese. Another explanation is simpler: The Welsh were known for being cheese lovers, and early Welsh writing mentions a rabbit-like Welsh cheese dish. This is described by Andrew Boorde in his Fyrst Boke of the Introduction of Knowledge (1542): "I am a Welshman, I do love cause boby, good roasted cheese."

So here is my version of Welsh rabbit/rarebit, homestyle comfort food along the lines of American grilled cheese. English food may have a bad rap, but Welsh rabbit/rarebit actually has a more nuanced taste than grilled cheese. With its mix of smooth melted cheddar, a rich cream sauce, and some ale or beer to cut the richness, plus or minus some spices, it's the English equivalent of fondue. And, appropriately for the land where the sandwich was born, it's fondue made portable on toast. I am serving it in tribute to the poetry of Rabbit Buns, the friends you make traveling, and my Achilles' heel of foreign accents. Kilt and bagpipes optional.

Welsh rarebit is English pub fare, so it's perfect in cool weather with some ale, or a nice strong cuppa tea, such as PG Tips. To healthy it up a bit, which is definitely untraditional, serve it with a green salad and some sliced tomatoes.