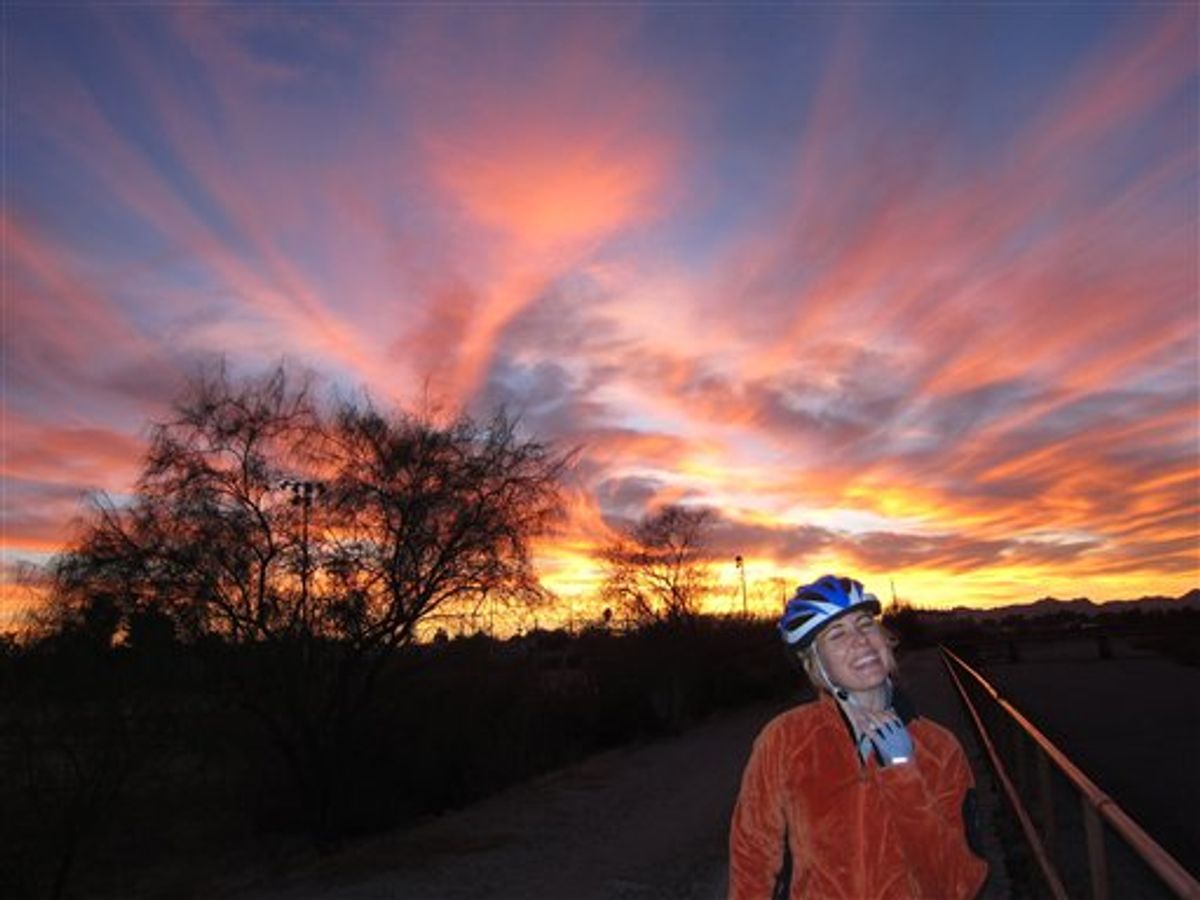 In this Dec. 18, 2010 image, Rep. Gabrielle Giffords laughs while taking a break during a bike ride in Tucson, Ariz. The cycling community has come out in force with weekly vigil rides in honor of Giffords and the other victims of a Jan. 8 shooting outside a grocery store during a political event. (AP Photo/Courtesy of Raoul Erickson) (AP)
--

Politico reports that Representative Gabrielle Giffords will be released from the hospital on Friday. She will be transferred to Houston's Institute for Rehabilitation and Research at Memorial Herman Hospital. The institute specializes in in helping victims of brain trauma recovery.

The news comes just days after Mrs. Giffords' condition was upgraded from critical to serious. Her family has reported that she has begun to show signs of higher brain function, such as looking at photographs on an iPhone.

Doctors have said that her condition continues to improve.