The investment giant paid out smaller bonuses but still suffered. Will their recent Facebook investment pay off? 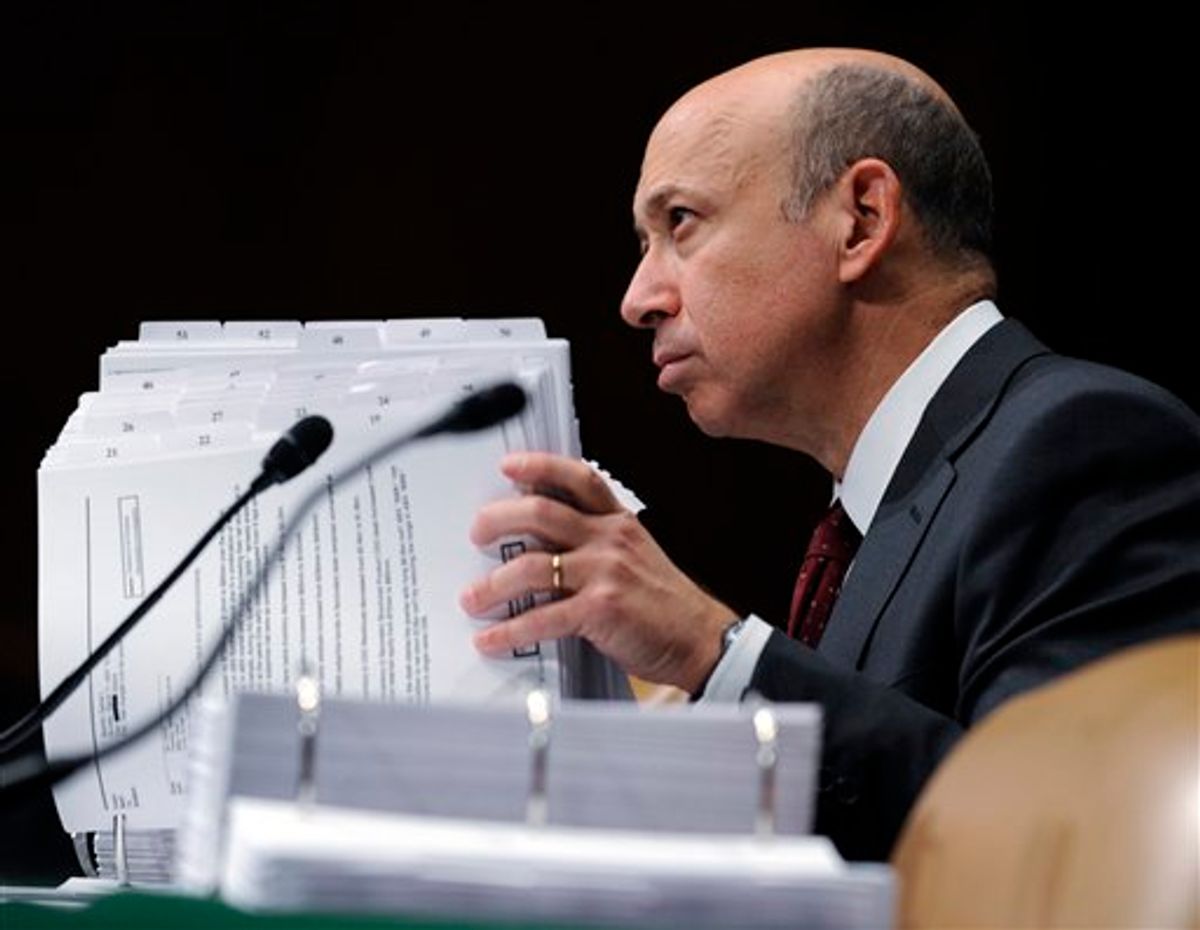 FILE - In this April 27, 2010 file photo, Goldman Sachs chairman and chief executive officer Lloyd Blankfein testifies before the Senate Subcommittee on Investigations hearing on Wall Street investment banks and the financial crisis on Capitol Hill in Washington. In response to widespread criticism over its practices, Goldman Sachs Group Inc. Tuesday, Jan. 11, 2011, released an internal report that makes recommendations on how it can be more transparent about its business practices. (AP Photo/Susan Walsh, File) (AP)
--

Goldman Sachs' earnings fell 53 percent in the fourth quarter due to sharp declines in its investment banking businesses.

Goldman Sachs Group Inc. earned $2.23 billion after paying preferred dividends in the last three months of the year, down from $4.79 billion in the same period year earlier. On a per-share basis, the earnings came out to $3.79 per share versus $8.20 per share.

The company rewarded its employees with $15.38 billion in salaries and bonuses, or 39.3 percent of its annual revenue, for 2010. The amount was 5 percent lower than 2009.