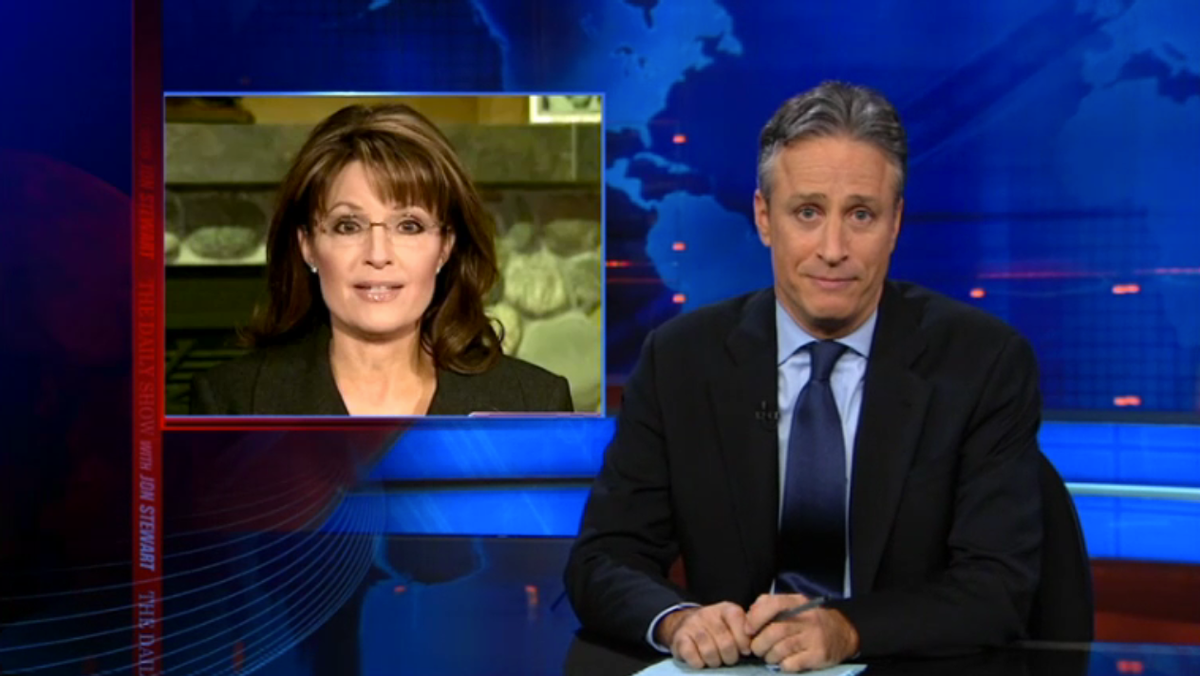 On last night's "Daily Show," Jon Stewart mulled over Sarah Palin's appearance on the Sean Hannity show on which the former governor shared her feelings of being a victim in the wake of the Arizona shootings. She wasn't a victim of the attack, but rather, as usual, another "gotcha" moment seized by the left wing media.

Is it possible governor that you have become a lightning rod less for your clarity of vision but more for your ability to turn any criticism of you into persecution of you -- while still very casually being able to dismiss a pretty large portion of America?