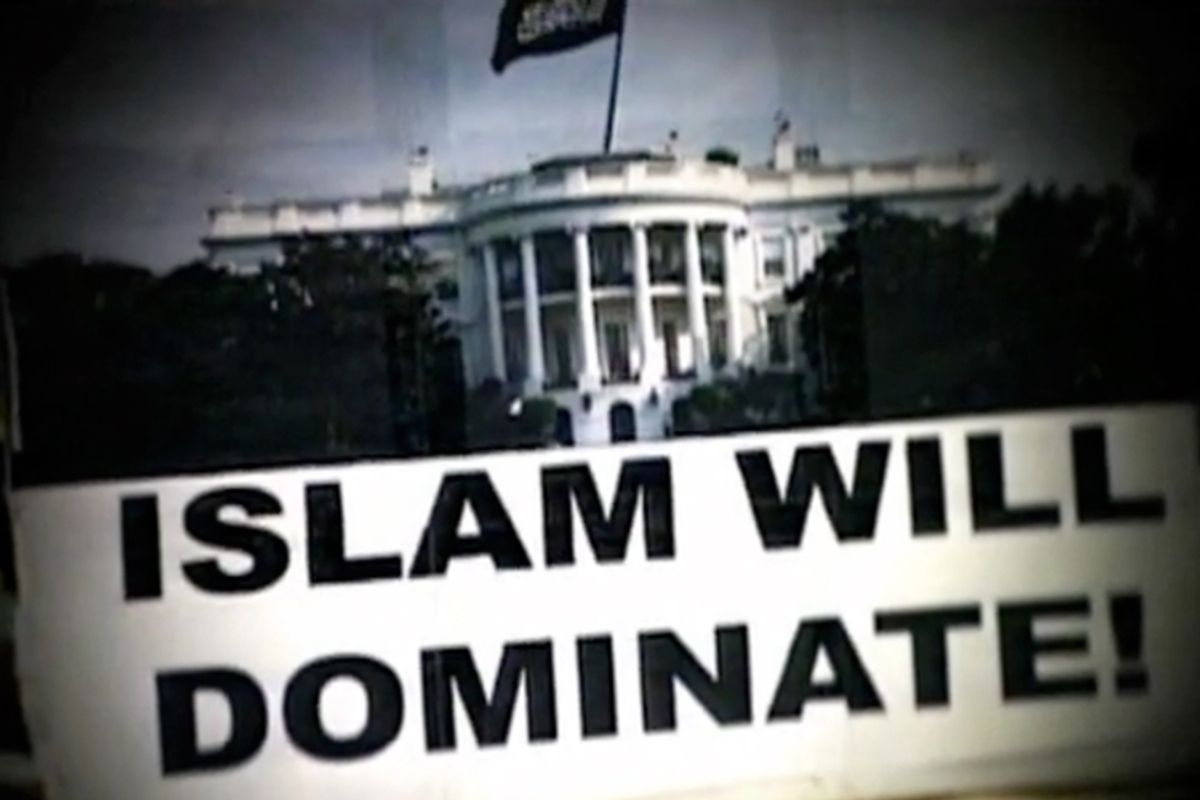 Tom Robbins reports that New York police were shown a lurid, conspiracy-mongering movie called "The Third Jihad" as part of their counter-terrorism training this month. The movie claims that American Muslims are secretly trying to undermine and destroy Western civilization from within. Robbins reports:

It is 72 minutes of gruesome footage of bombing carnage, frenzied crowds, burning American flags, flaming churches, and seething mullahs. All of this is sandwiched between a collection of somber talking heads informing us that, while we were sleeping, the international Islamist Jihad that wrought these horrors has set up shop here and is quietly going about its deadly business. This is the final drive in a 1,400-year-old bid for Muslim world domination, we're informed. And while we may think there are some perfectly reasonable Muslim leaders and organizations here in the U.S., that is just more sucker bait sent our way.

"Americans are being told that most of the mainstream Muslim groups are moderate," says the narrator, "when in fact if you look a little closer you'll see a very different reality. One of their primary tactics is deception."

"The Third Jihad" was produced by the Clarion Fund, the shadowy group that mailed out millions of DVDs of its first movie, "Obsession: Radical Islam's War Against the West" to swing-state voters in 2008. (I explored the mystery of who paid for those DVDs in this piece.) The Clarion Fund has strong links to the right-wing Israeli organization Aish HaTorah.

Responding to inquires from Robbins, the NYPD acknowledged that The Third Jihad is "wacky" and was "inappropriate" for counterterrorism training. It's still not clear whose idea it was to show the film.