Univ. of Colorado student Nic Ramos: "It's not often you get to walk out of a bank with a suitcase full of cash" 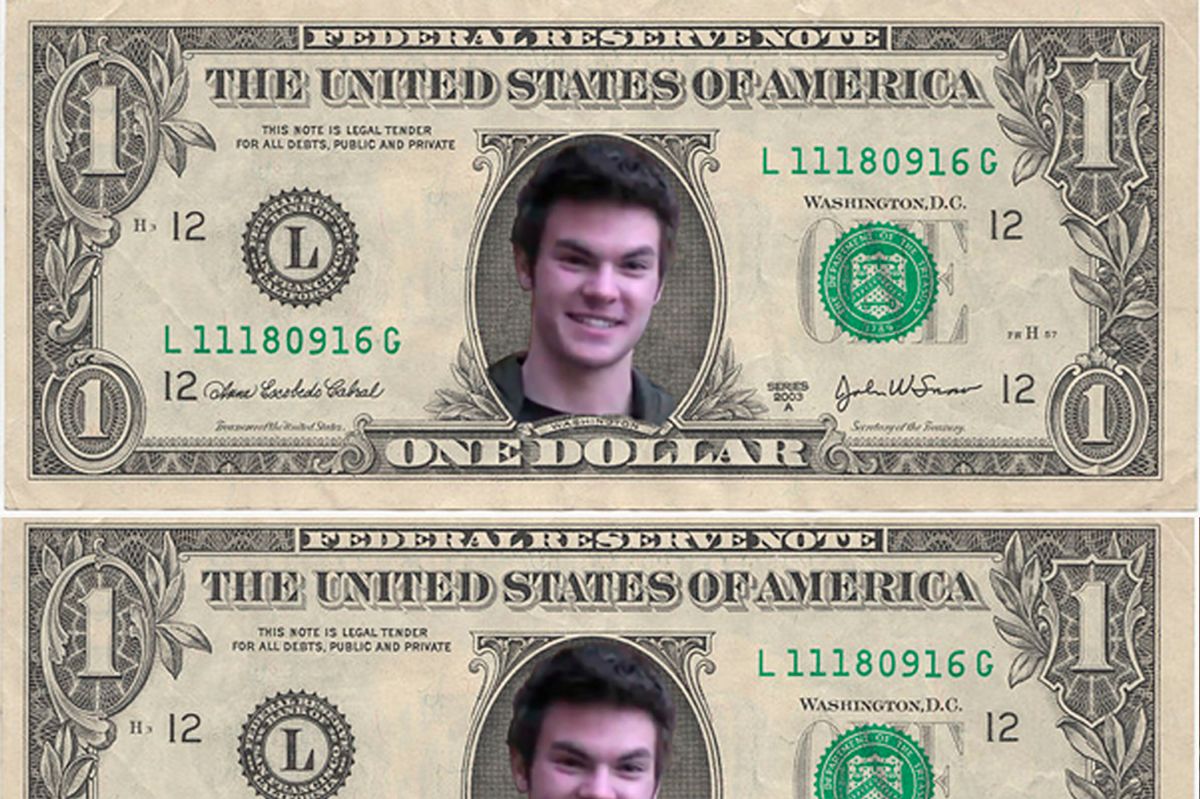 FILE - This undated handout photo provided by the U.S. Fish and Wildlife Service shows a gray wolf. An environmental group has filed notice that it will sue the federal government to force it to adopt a plan for the recovery of gray wolves across the lower 48 states. Biologists with the Arizona-based Center for Biological Diversity said Tuesday, Dec. 21, 2010 they want to expand that recovery nationwide. (AP Photo/U.S. Fish and Wildlife Service,file) (Anonymous)
--

College is expensive. University of Colorado sophomore Nic Ramos made a point of illustrating this fact by paying his spring semester tuition in $1 bills -- $14,309 one dollar bills, one fifty cent piece, and one penny to be exact.

The idea started out as a joke, says Ramos, but it's a joke with some broader implications. After stopping at a number of banks to fill his coffers with cash, Ramos talked with Boulder's Daily Camera about the project and struggled to contain his smugness:

One has to wonder: where did Ramos get all of this money? A loan? Working at Applebees? His parents? (Probably his parents.)

While Ramos is trying very hard to make his joke seem like an act of protest, much of the media attention his stunt has stirred overlooks the fact that Nic Ramos, a young economics major from Sacramento, is uniquely fortunate to be able to pay his tuition at all.

College is expensive, and many American families are broke. So students must borrow. Last year, the New York Times declared a student debt crisis just a few months after President Barack Obama vowed to persue higher-education tax credits and debt forgiveness for those still paying off their loans 20 years after graduating. Last month, the International Business Times reported that the student debt crisis threatened the U.S. economy as a whole. Still not convinced? This is what $200,000 of student debt looks like in real life.

The counterpoint to student debt, as UC-Boulder regent Michael Carrigan points out, is the lack of spending by states on higher education. In an interview with CBS News, Carrigan offers somewhat of an explanation of why tuition fees are so high:

Our faculty have not had a raise in three years. We've had $50 million in cuts in the last several years. And the reality is that the state of Colorado needs to step up because we're now 49th in the nation for funding higher education.

As much as we try to tighten our belts, the more the legislature cuts, the more we have to turn to students and their families.

Again, it's lucky for Nic Ramos that his family -- or whomever put up the money -- could shoulder the burden. I just can't get over the twinkle in his eye after touching all that money. Like John Dillinger after a heist.