After the dinner: Three key facts about U.S.-China relations

Why Hu Jintao's visit to the White House really matters 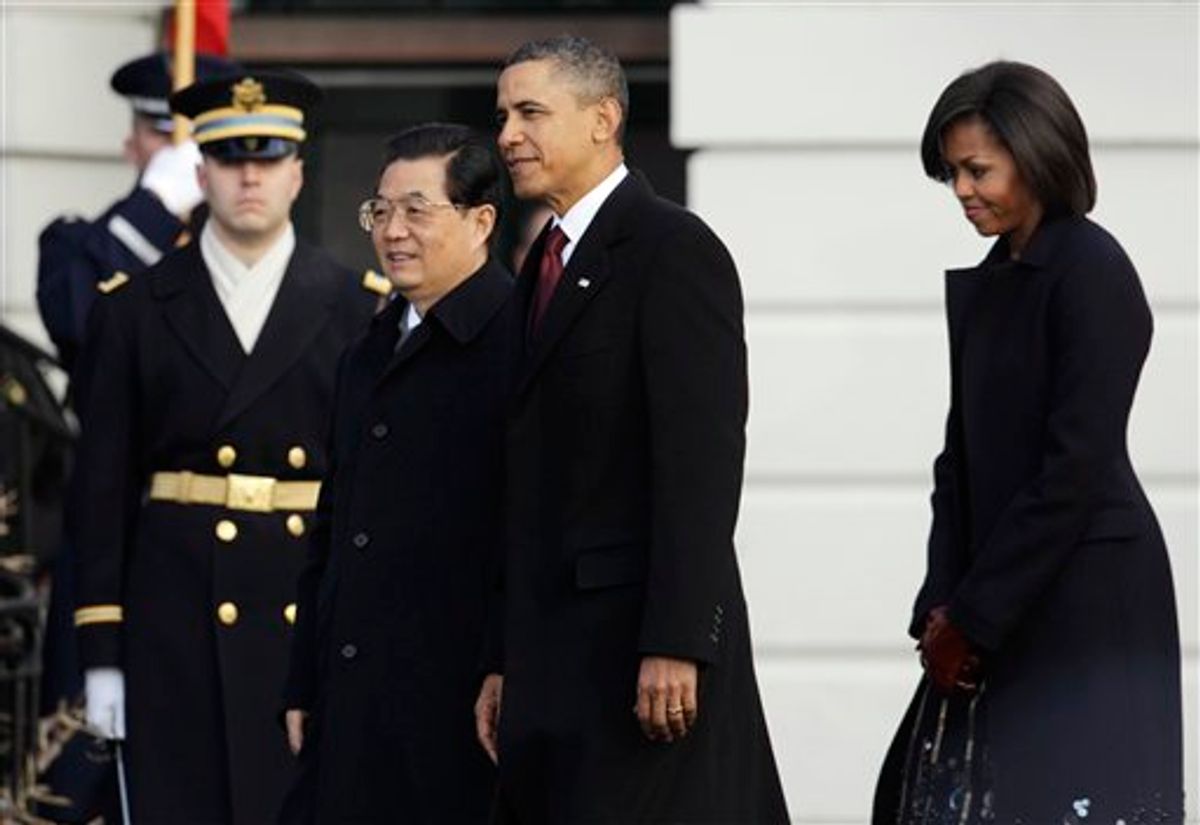 Hu Jintao arrived in America on Tuesday night and headed straight to a private White House dinner. Over the next week, his American hosts will treat the Chinese president to tours of New York and a Chinese-owned auto factory in Chicago. There's also the very ceremonious state dinner and even more ceremonious 21-gun salute. These luxuries are a marked departure from the last welcome a Chinese president received in Washington: a working lunch with the Bush administration.

At a Wednesday afternoon press conference, Barack Obama and Hu stood together as equals -- rulers of the largest and second largest economies in the world, respectively. And economists speculate that that ranking might flip sometime in the next few years. So, China is something to be taken seriously.

But what does Hu's stateside trip really mean, and what will it accomplish?  Here are three key things to know:

1. China's economy is doing very well. In his speeches, Hu is quick to acknowledge how similar the United States and China are as countries. But the narrative of the past few years suggests that China already has the upper hand. The United States is facing growing debt while China enjoyed a $183 billion trade surplus in 2010. In the same year, China's economy grew 10 percent, while the US barely eeked out 3 percent. If you're having a hard time visualizing what that growth looks like, check out this (very steep) graph.

2. China is not the best place in the world to be a human and also have rights. In the days leading up to Hu's arrival, Secretary of State Hillary Clinton gave a speech emphasizing the differences between the two countries, citing China's teatment of dissident writer Liu Xiaobo. China's known violations -- conflicts with Google notwithstanding -- mar its image as a global power. During the press conference Wednesday, Hu echoed the claim his country has made before: that thing are getting better. China is still a developing nation, he explained, and anyway human rights in China are China's business. Obama, for his part, expressed cautious optimism, saying "China's peaceful rise is good for the world."

3. The United States could benefit from a little bit of China love. Hu announced that as a gesture of good faith China had agreed to purchase $45 billion worth of American goods. We'll see how long it lasts. What the United States and its business interests really want is for the Chinese government to strengthen its currency and loosen restrictions on foreign businesses operating within Chinese borders.