The GOP's war against the poor and sick

The new Republican plan to cut the deficit: Hit poverty-stricken Americans where it will hurt the most 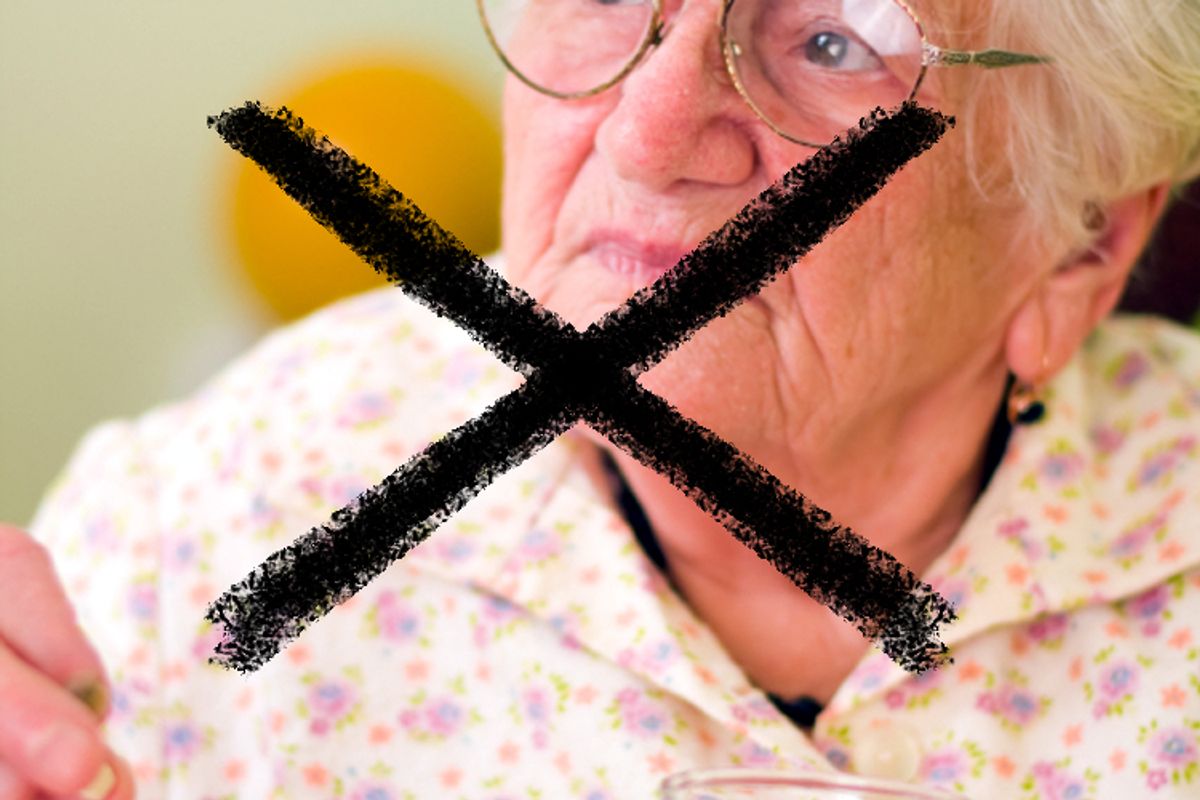 The Republican Study Committee, aka "the caucus of House conservatives," has released a list of proposed spending cuts that it says will add up to $2.5 trillion over the next 10 years. Dave Weigel has a tidy summary here. Although for the most part the line items add up to a list of cherished liberal priorities (no defense spending or homeland security cuts here, no indeed!), I'm guessing that the average person will glance at it and see some things that they don't think the government should be funding. Mohair subsidies?

But it's worth drilling down on the third biggest item on the list -- weighing in at $16.1 billion -- the "Repealing Medicaid FMAP increase," because I can't think of anything that better demonstrates the priorities of the current Republican Party.

Medicaid is the government's primary social insurance program targeted at poor and disabled Americans. Medicaid is responsible, for example, for such things as nursing home care for the indigent. It is jointly funded by the states and the federal government --it is, in fact, one of the biggest items in most state budgets.

When the recession hit, two things happened almost immediately at the state level: tax revenue plummeted, and applications for Medicaid coverage boomed. The two phenomena were intimately related, of course. People who lost their jobs and homes as a result of a cratering economy also lost their healthcare.

Let me repeat that, because it's important -- a major consequence of the recession was a surge in poverty-stricken Americans seeking government-funded healthcare. State budgets got crushed. The Obama administration moved quickly to address the problem, authorizing a big increase in Medicaid funding to the states via the American Reinvestment and Recovery Act (the stimulus bill). This is what is referred to by the acronym FMAP -- Federal Medical Assistance Percentage. It's not stimulus in the sense that a big infrastructure project is stimulus, but it undoubtedly saved some jobs by preventing public sector layoffs by state governments that would not otherwise have been able to balance their budgets. And, naturally, the pain and suffering of the American people would have been much worse without the federal help. One of the reasons why the Great Recession was not a Great Depression is precisely because of the existence of programs like Medicaid.

The stimulus FMAP boost was temporary -- designed to run out at the end of 2010. In August 2010, after a big political fight, the Senate and the House passed a $15 billion extension that will run through June 2011. So in one sense, the Republican spending cut pledge is entirely illusory -- the FMAP increase is already scheduled to end this year.

Whether it should end this year is another question. Some people might imagine that such decisions should be related to how well the U.S. economy is performing, and correspondingly, how many people need Medicaid coverage. If unemployment falls and Medicaid rolls stop expanding, or even start declining -- the program is means-tested, so if you find a job and start making money, you are no longer eligible -- the pressure on state budgets and the necessity for federal assistance should ease. If, on the other hand, Medicaid funding gets cut off before the economy fully recovers, and state budgets get hammered again, resulting in more public sector layoffs, there would, tragically, likely be increased applications for Medicaid help. Talk about your widening gyres!

I'm sure there are plenty of conservatives who want to get rid of Medicaid altogether. If poor old people can't pay for nursing home care then let them die in the street, like they used to. The Tea Party version of government apparently just doesn't believe in helping people who can't help themselves. For the modern Republican Party, it's far far more important to ensure that those who will never need Medicaid -- the richest 1 percent of Americans, the people who are already doing quite fine as their market portfolios swell -- get their big fat tax cuts, adding up to $700 billion over the next 10 years, than that the poorest Americans get another $15 billion a year so that they can die in a manner that befits a nation that dares considers itself civilized.