Congresswoman stands with assistance, rehab will involve relearning how to "think, plan and organize" 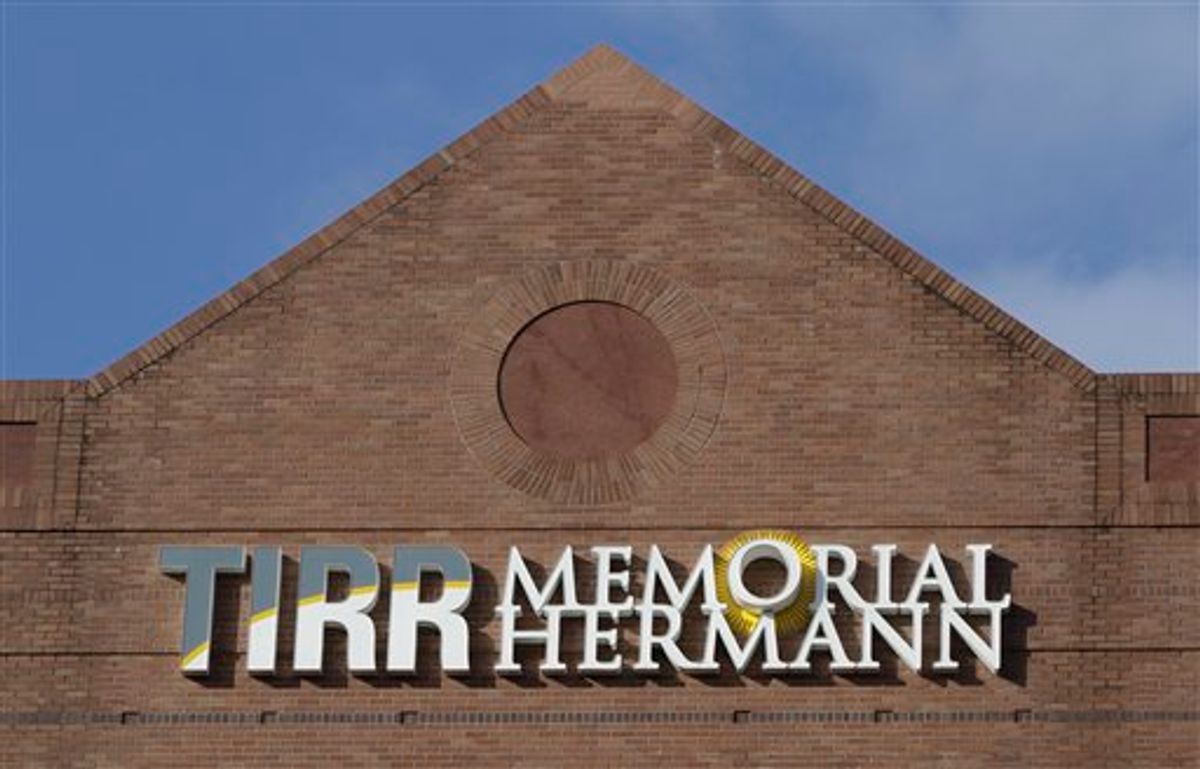 A roofline of Houston's TIRR Memorial Hermann Rehabilitation Hospital is shown Wednesday, Jan. 19, 2011. U.S. Rep. Gabrielle Giffords is expected to be moved Friday to the Texas Medical Center hospital to begin the next phase of her recovery from a gunshot wound. (AP Photo/Pat Sullivan) (AP)
--

Rep. Gabrielle Giffords can stand with assistance, the latest milestone in her recovery as her family prepares to move her to Houston for extensive mental and physical rehabilitation from a bullet wound to the brain.

Her swift transition from an intensive care unit to a rehab center is based on the latest research, which shows the sooner rehab starts, the better patients recover.

Giffords' family hopes to move the Arizona congresswoman on Friday to TIRR Memorial Hermann hospital in Houston, where her husband lives and works as an astronaut.

"I'm extremely hopeful that Gabrielle is going to make a full recovery," Mark Kelly said at a news conference at University Medical Center. "She is a fighter like nobody else that I know."

"In two months, you'll see her walking through the front door of this building," he said.

Giffords' progress was evident Wednesday as she stood on her feet with assistance from medical staff, the hospital said.

During rehabilitation she will have to relearn how to think and plan. It's unclear if she is able to speak or how well she can see. And while she is moving both arms and legs, it's uncertain how much strength she has on her right side.  The extent of her injuries and long-term prognosis still won't be known for some time.

"The rehab is going to be pretty intense for her, both cognitively and physically," because she'll need to recover frontal lobe functions, said Dr. Reid Thompson, neurosurgery chief at Vanderbilt University in Nashville. "She's going to have to relearn how to think, plan, organize."

A penetrating brain injury like a bullet wound leaves a specific path of damage. Giffords' wound path appears to be below the motor cortex, which controls movement, but may include an area controlling speech, according to Dr. Steven Williams, rehab chief at Boston Medical Center and the Boston University School of Medicine.

"One of the questions is whether she'll be able to speak," Williams said. Giffords has a breathing tube now, and even if this impedes her speech, she might be able to mouth words.

"That would be a good indication that she at least is able to express herself," Williams said.

"The cognitive ability and the speech are the key things," he said. "We know that she's moving her limbs. The question is, how strong is she."

Remarkably, Giffords may not spend much time at TIRR. She will probably spend just five to eight weeks at the rehab center, then continue getting therapy as an outpatient, Williams said.

"Her early recovery is very promising," and bodes well for further improvement, he said.