"I am deeply offended by Rush's cheap, insensitive rip-off of my character Ching Chong Ding Dong" 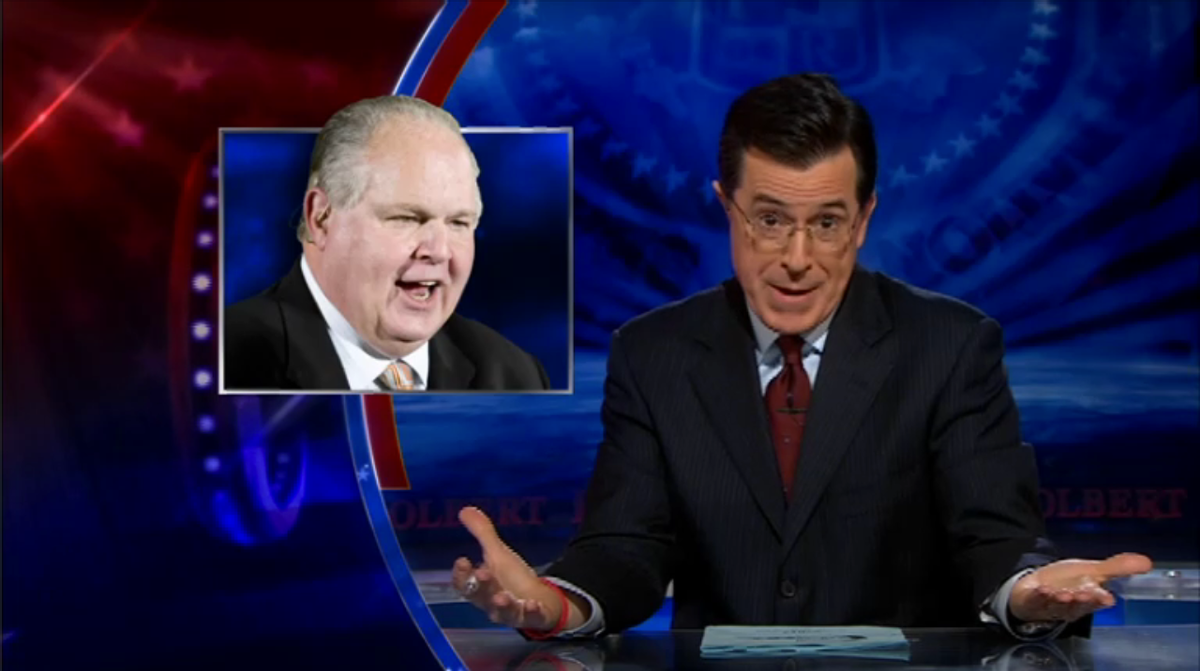 Rush Limbaugh caused a stir yesterday with his version of Chinese. Salon's Andrew Leonard said of the incident:

I'm not sure what is more appalling: Rush Limbaugh's 30-second-long imitation of China's President Hu Jintao speaking in Chinese, delivered on his radio show today in the most abominable display of evil Oriental stereotyping this side of Fu Manchu, or the fact that Limbaugh obviously feels his audience would relish an indulgence in racist mockery that most third grade boys would be ashamed of.

Stephen Colbert was offended for a different reason, and it has to do (vaguely) with intellectual property rights.