Shot congresswoman's GOP foe: Can I run again yet? 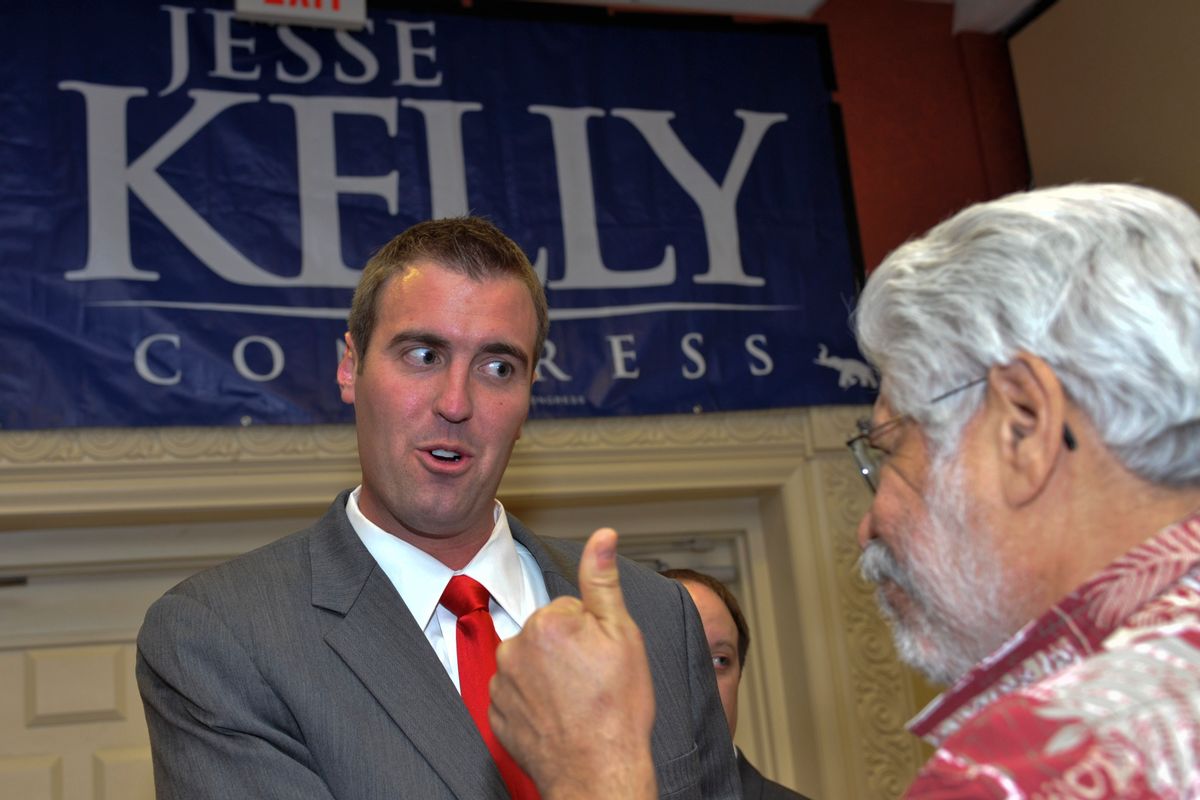 As you might expect, if you visit the website of Jesse Kelly, the ex-Marine Tea Partyer who challenged Gabrielle Giffords in last November's election, you will find a simple message expressing sympathy for the congresswoman and her family. And, also as you might expect, if you ask Kelly's spokesman, as the Los Angeles Times did, you'll hear that he's interested only in his former opponent making a full recovery.

But behind the scenes, the story appears to be a little different. Per Ben Smith, Arizona Capitol Reports, a subscription-only insider newsletter, reported this week that:

Attorney Lee Miller, who serves as legal counsel for the Arizona Republican Party, told our reporter Kelly’s campaign contacted him earlier this week to find out how the seat would be filled if Giffords couldn’t serve.... Likewise, Dem sources say a handful of people in the minority party began looking at their options in the immediate wake of the shooting....

That item apparently caused a stir in Arizona political circles, because the newsletter followed up the next day with this:

"Yesterday’s item about Jesse Kelly exploring a special election for the CD8 seat in the wake of Giffords’ shooting created waves in Tucson political circles, one source from south of the Gila said today. 'I think Jesse Kelly has more problems than just dealing with a Yellow Sheet story. It’s probably going to be picked up by Politico,' said the source.

Kelly, if you don't already know, has been taking heat since Giffords' shooting for sponsoring a campaign event last year in which supporters joined him in shooting a "fully automatic  M-16." "Get on target for November. Help remove Gabrielle Giffords from office," the event's announcement read.

It's true that the M-16 event had no direct connection with Giffords' shooting, and claims that it indirectly  helped create a "climate" conducive to the shooting are dubious at best. Still, to many people, Kelly is now best known as the guy who encouraged supporters to shoot M-16s in the name of defeating a member of Congress who was, several months later, nearly shot to death. Politically, the association is toxic, and Kelly faces a formidable -- maybe impossible -- task in repairing the damage.

Thus, stories about him quietly looking into whether there might soon be a special election for Giffords' seat are particularly damaging for him. Sure, the inquiry his campaign apparently made wasn't actually that unreasonable. There were, after all, reports earlier this week that Arizona state law requires that Giffords' seat be declared vacant if she's incapacitated for more than 90 days. All Kelly may have done is make a discreet inquiry about whether this is true. (It isn't; only the House itself can declare a seat vacant.) But, especially in the wake of the M-16 controversy, it looks terrible for Kelly to be seen making political calculations right now.